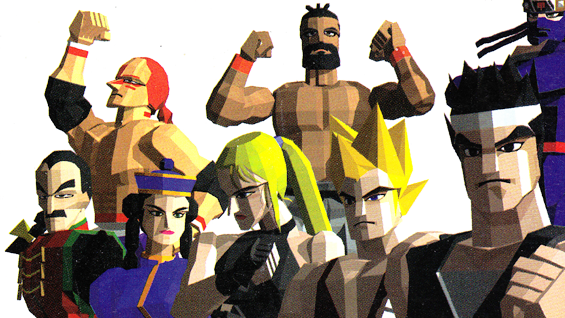 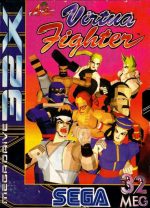 Originally developed by Sega AM2 (aka Sega Amusement Machine Research and Development Department 2) for the arcade platform, and powered by the Sega Model 1 arcade system board, Virtua Fighter (1993) was the first arcade fighting game released to feature full 3D polygon graphics.

Like many arcade fighting games of the era Virtua Fighter included a cast of notable, and now iconic characters, each with their own distinctive moves. Unlike other arcade fighting games however the real world fighting techniques added an element of realism not frequently seen in earlier 2D fighting games. You only had to rely on two offensive buttons and a third defensive button in Virtua Fighter so new gamers could easily pick up and play thanks to the simplified controls. The control scheme also added a dimension of depth to the arcade game as different situations and button combinations led to a vast variety of moves distinctive to each character. This encouraged more advanced gamers to invest more time and focus into Virtua Fighter in order to master all eight characters available. 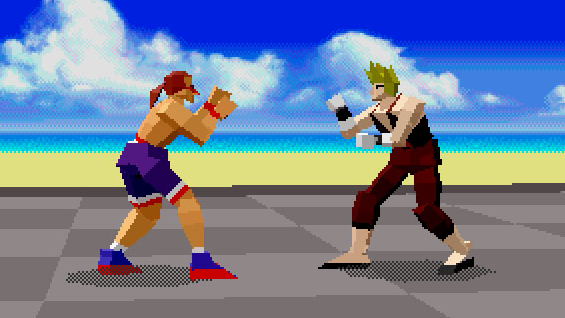 Universally praised for it’s impressive 3D graphics, revolutionary gameplay and realism Virtua Fighter was a success at the arcade and was subsequently ported to home platforms. One platform that received the acclaimed fighter was the Sega 32X. Released in 1994, the Sega 32X was a hardware addition to the Sega Mega Drive (known as the Sega Genesis in North America). Developed by Sega in an effort to increase the lifespan of the ageing 16-bit Sega Mega Drive, the 32-bit Sega 32X increased the graphical and audio capabilities of the console but despite it’s initial popularity the Sega 32X was overshadowed by the Sega Saturn released in 1994 and in the UK in 1995.

The Sega 32X will however be remembered for the home release of Virtua Fighter. Although the Sega Saturn was a considerably more powerful system, the first home release of Virtua Fighter was met with much derision from fans of the arcade original when it arrived as a launch title for the 32-bit console. Virtua Fighter on the Sega Saturn was a mess thanks to inferior graphics and a loose control scheme which resulted in inferior gameplay. The later Sega 32X port was also scaled down from it’s arcade counterpart but the gameplay remained largely intact. The screen resolution was lowered, the stage backdrops reduced, the fighter models simplified and frames were taken from the animation, but this allowed for the underpowered Sega 32X to serve a consistent playable port of the arcade classic. 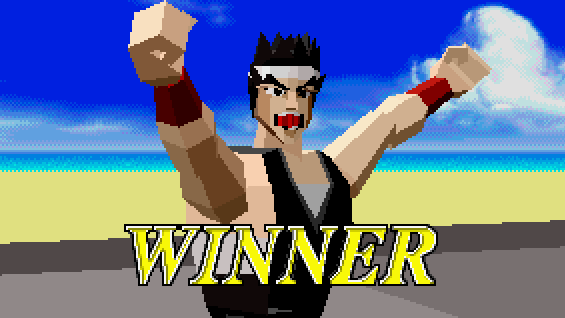 Virtua Fighter also included a number of different game modes. In addition to the arcade and versus mode found on the Sega Saturn release the Sega 32x included a tournament mode unavailable in any other port. Thus the Sega 32X provided a great translation of Virtua Fighter which was still technically impressive and proved what the Sega 23X could be capable of in the correct hands. This is a excellent recreation of the arcade original and would make a great addition to any hardcore fan’s collection.

Virtua Fighter for the Mega Drive 32X is available to buy from Amazon.co.uk