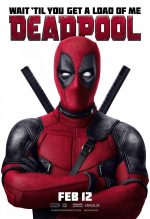 After years in filmmaking limbo, and apparently because of strong interest from the Marvel fandom, a film about the notoriously unorthodox Marvel character Deadpool, finally got the green light. Its star Ryan Reynolds (who is also one of the producers) could barely contain his delight as he made the announcement at the 20th Century Fox panel at the 2015 San Diego Comic-Con. He described it as “the most faithful adaptation of a comic book to a movie I’ve ever seen.”

Now, I don’t pretend to be a Deadpool aficionado, so I’ll leave the judgement of that statement to those of you who are, but after a huge marketing push (belying the many protestations of a lack of funds) the finished movie hit theatres this week.

Reynolds plays Wade Wilson, an ex-Special Forces operative turned small-time mercenary, who falls for a whore with a heart of gold (yes, that old chestnut) played by Morena Baccarin. He finds happiness, only to discover he has terminal cancer. In a moment of desperation, he agrees to undergo a questionable experimental treatment in an attempt to cure himself.

The treatment is not quite what one might expect – in fact, it’s torture. I’m all for humour in adversity, but despite Wade Wilson’s unrelenting snarkiness, it’s pretty hard for a half-sane viewer to find laughs in his torment by a sadistic (British) villain and the paltry reason given as to why the viciousness is necessary. 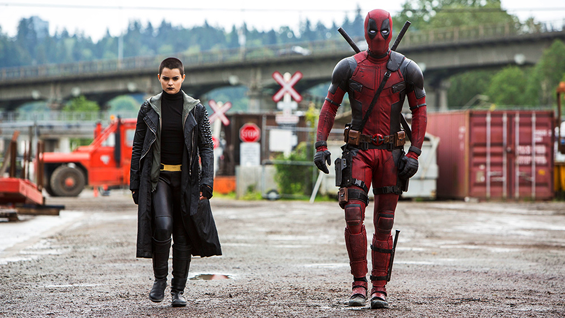 As Reynolds has commented, “It’s an absolute miracle that a studio let us make Deadpool, let alone a Rated-R Deadpool,” and although the movie has a slew of adult, sex-oriented jokes and off-colour remarks, the other adult aspect is that the move definitely leans towards the ‘strong violence’ side of the scale. Every action scene is punctuated by the kind of explicit, visceral, bone-crunching violence that wouldn’t be out of place in an Eli Roth flick.

The thing is, as is often the case with such vivid brutality, once the shock-factor of a Marvel superhero movie showing levels of ultra-violence wears off, it becomes numbing, and the over-the-top CGI elements in the fight scenes become apparent. All the blood and guts often sit rather uneasily with Deadpool’s form of humour – it’s not really black humour, or gallows humour, or even grand guignol – it’s just rather dopey and crass. The comedic currency of the movie tends, shall we say, to the unsubtle.

I struggled for a while to ascertain where the movie was coming from – I though initially that it might be grounded in the love story? The principal actors were trying to convey that their potty-mouthed characters were in some way ‘made for each other’. Well, possibly, but since most of their exchanges consisted of variations on how they were going to f*ck each other, it didn’t project the idea that this was the enduring love of soulmates. I could well understand why Wade/Deadpool was so overly concerned that his beloved harlot might not want him after he became bald, scarred and ostensibly unf*ckable. 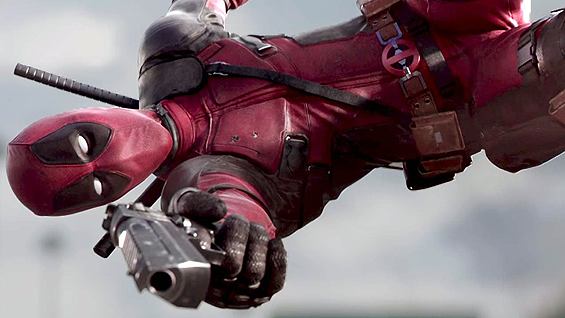 The humour I most enjoyed in Deadpool was the knowing irony, the self-referential sarcasm, the stinging pop-culture gags, the breaking of the fourth wall, the more subtle little in-jokes such as when the character throws out an aside begging, ‘Please, don’t make my costume green’ (referring to the Reynolds flop that was ‘Green Lantern’ ha!)

However, for every moment that the film entertains with its meta-movie irreverence, another catches the viewer off guard with an emotional interjection. Every now and again, despite his barrage of crude jests, the mad git gets all mushy or something, I wasn’t quite sure. Reynolds, of course, is trying to imply that his character is going through an emotional arc – and then of course I understood – Deadpool is not grounded in a love story or a horror story (as the character himself teases) or a revenge story, hell, no, the movie is centred in the character of Deadpool himself – Deadpool is all about, DEADPOOL!

The movie exists entirely as a star vehicle for Reynolds, and heavens knows, the lad has been looking for one for quite some time – one that uses all of his God-given talents. Scarface Deadpool even makes one of his in-jokes referring to how ‘looks ARE everything’ and how ‘Ryan Reynolds didn’t become famous for his acting ‘method’.

Perhaps the movie’s canniest stroke is the way it celebrates and then demolishes Reynolds’s physical beauty, and finally, hides it behind a mask, so that we aren’t distracted from his quickness with a quip and his gloriously sharp tongue. Reynolds gets to be both a good guy in love and, protesting that he is no hero – he also gets to be the bad guy. He can leap around breaking heads in a superhuman fashion, being utterly amoral, and still say funny stuff. What actor could ask for more? 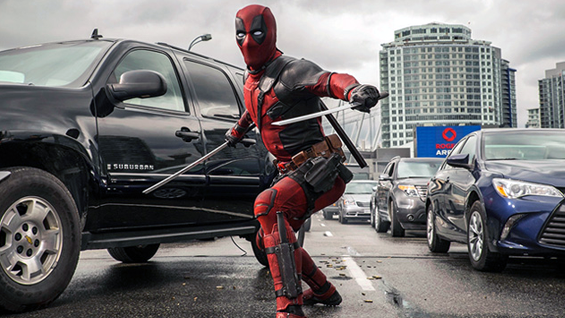 Reynolds might well be delighted – he has finally found a suitable outlet for his talents. Even though his face is hidden from us for much of the time, we know that it is only because of his artless delivery, boyish grin and clean-cut good looks that he can get away with such a stream of coarse remarks. (Imagine if they were coming out of Stan Lee’s mouth? How we would all recoil, grimacing from the creepiness of it! And while I’m on the subject of egos, I for one, wince at every one of Lee’s gratuitous cameos).

The biggest problem with Deadpool is, that it wants to have its cake and eat it: By letting Deadpool be both the good guy and the bad guy, it removes the villain’s prerogative of being a cold smartass making acerbic and witty remarks, so, there really isn’t much for the actual villain to work with – he is rendered almost entirely ineffective and the film suffers from having no real foil for the star.

Deadpool the movie makes its central figure both hero and anti-hero. After his torturous transformation, Deadpool just seems to want to use up all the oxygen in the room. The movie also wants us to laugh while it ridicules the same ‘hero’s arc’ to which it is itself adhering, and although it makes fun of the Marvel Superhero mold, it never has the guts to break out of it.

I spy yet another Marvel franchise peeking out from under another mask.

Deadpool is available to buy from Amazon.co.uk