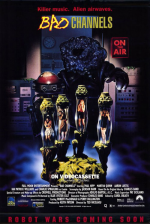 Returning to the airwaves; controversial radio shock-jock Dan O’Dare (Paul Hipp) is desperately trying to rebuild his career at the fledgling KDUL, Superstation 66 in fictional Pahoota after a previous on the air stunt, a live sexual encounter, resulted in his six month suspension by the FCC (Federal Communications Commission).

Not content with simply being back on the radio, Dan arranges for a 24 hour polka marathon… Yes! Dangerous Dan O’Dare will be trapped in chains and forced, along with his audience, to listen to the same polka record on repeat at Superstation 66 for 24 hours…or at least until the combination to the padlock has been guessed correctly by one lucky caller! The incentive? Well apart from gaining solace from ‘polka hell’ with a selection of hard-rocking hits, how about a brand new car to the victor? 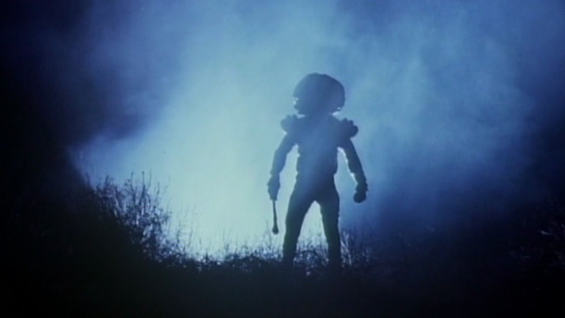 Believing the lights belong to an alien spacecraft Lisa drives off to investigate what could be the story of her career; effectively cancelling her interview to promote KDUL and Dan O’Dare. The funny thing about this story is…it turns out that Lisa Cummings was right! And the extraterrestrials? Well, they are headed for Superstation 66 where the ratings are about to go through the roof!

This is when Bad Channels becomes really interesting. You see, since Dangerous Dan O’Dare is already well known for his ‘on the air’ stunts, his pleas to listeners for help from the alien threat are misconstrued as another gimmick; one which they absolutely adore! Unfortunately for listeners tuned in to KDUL (and the callers who are subsequently jamming the switch-board), the extraterrestrials, Cosmo and Lump, are using some form of hallucinogenic technology transmitted through the airwaves in an attempt to capture attractive females. These hallucinations cause their victims to believe that they are in a hard rock / heavy metal music video, before being transported to Superstation 66, shrunk to a foot in height and finding themselves trapped in a outer-worldly ‘glass jar’. 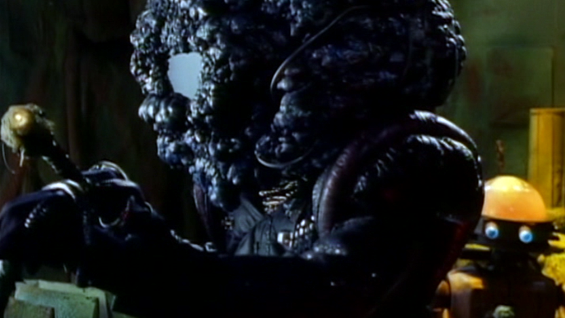 Whether you love or hate Bad Channels will depend entirely on whether or not you enjoy hard rock, heavy metal and soaked up MTV back in the 1980’s and 1990’s. Each ‘music video’ is shown in it’s entirety, so unless you are a fan of Blind Faith, DMT or Sykotik Sinfoney (Yeah, I had no idea who these bands were either!) the proceedings may become a little tiresome. Just keep in mind that the film is intended as a spoof on both the science fiction genre and the MTV generation; OTT.

Along with the bands previously mentioned (and those broadcasted on KDUL before the alien takeover), Blue Öyster Cult provide a plethora of original songs and instrumental tracks (and a cameo appearance) which help solidify Bad Channels’ ‘check your brain at the door’ cult status. Oh, and don’t you dare change the channel during the end credits if you are a Full Moon Entertainment fanatic. You’ll be pleasantly surprised with what you discover. Overall Bad Channels is an underrated oddity in the Full Moon filmography and is definitely worthy of your time.

Bad Channels is also available to buy from Amazon.co.uk