In 1971 JVC (Victor Company of Japan) put together a team to develop a consumer-based video tape recorder (VTR), but by early 1972 the video recording industry in Japan began to struggle financially. JVC was forced to restructure their video division, effectively shelving the VCR (video-cassette recorder) project. However, JVC engineers Yuma Shiraishi and Shizuo Takano continued to work on the project, despite the lack of funding, in secret. By 1973 the two engineers had produced a functional prototype.

Thanks to the persistence of Shiraishi, Takano and the team at JVC, the Video Home System (VHS) became the analog recording videotape-cassette standard worldwide. Thank you Japan, not only for bringing the cinema into our homes, but also for the gloriously exploitative artwork employed on what I consider are 6 More Essential Japanese VHS Covers. 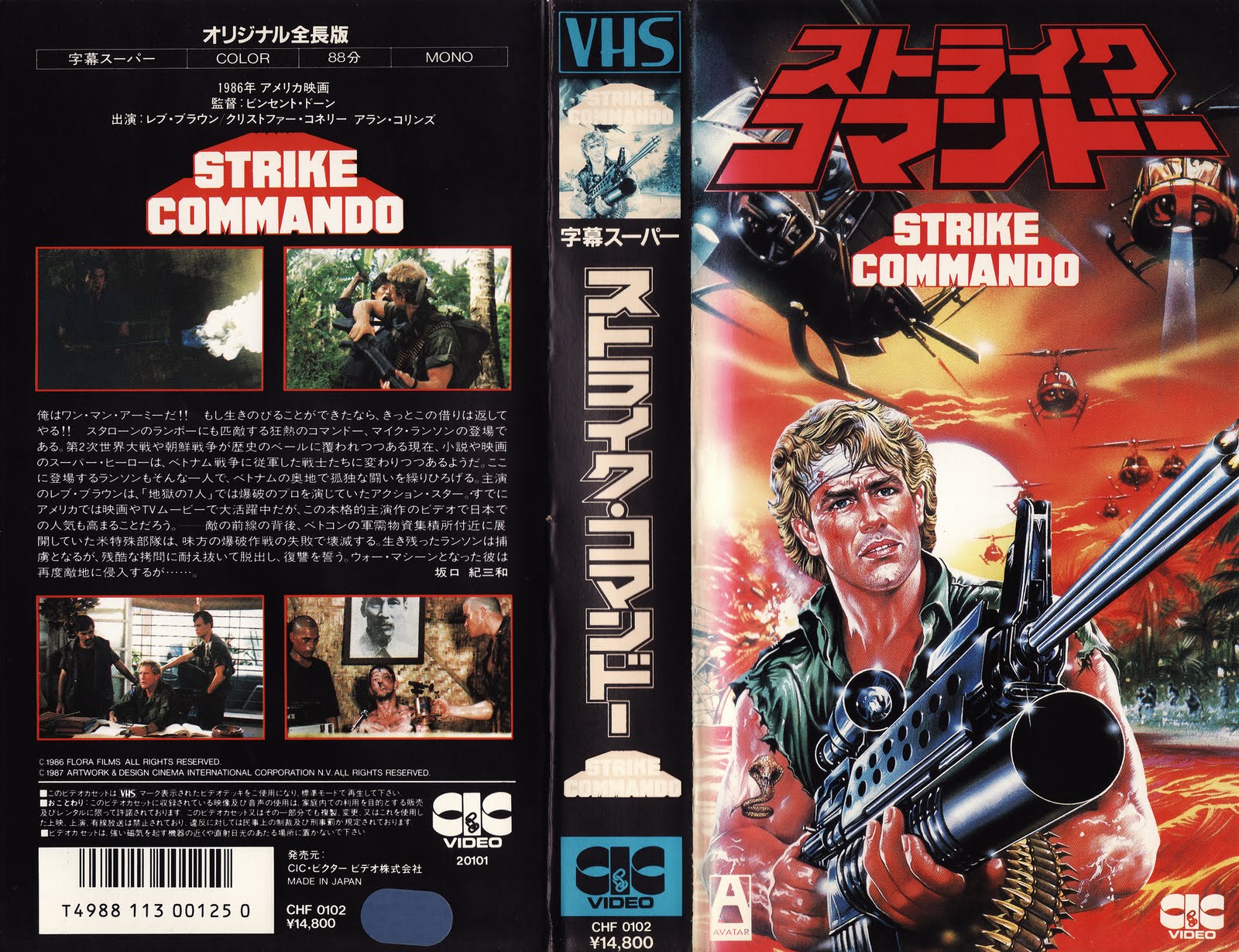 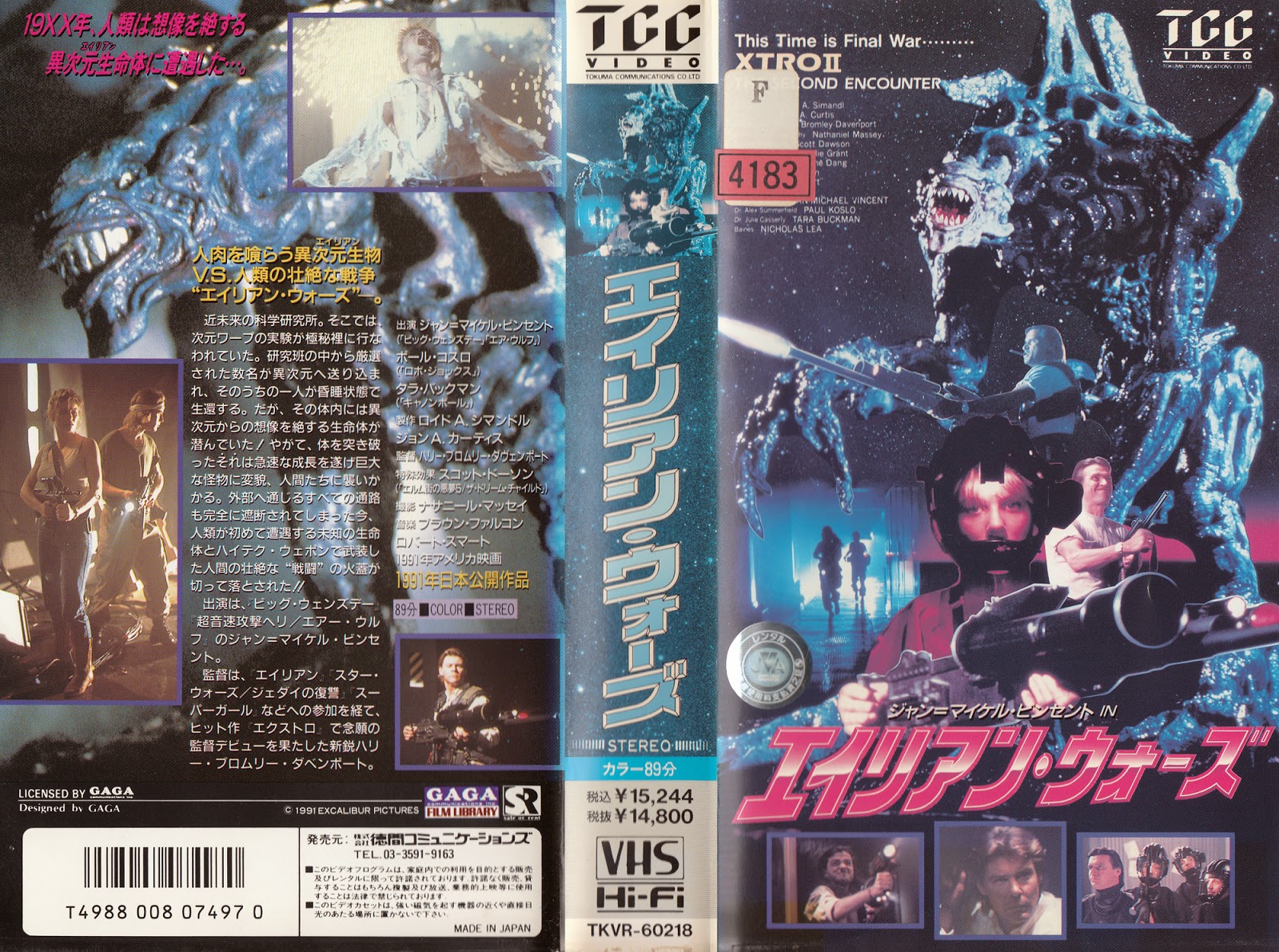 1990’s Xtro II: The Second Encounter was directed by Harry Bromley Davenport, who had previously directed the original Xtro in 1982. Harry had retained the rights to the name Xtro and decided to work on Xtro II, a sequel in name only, to capitalise on the cult success of the original. 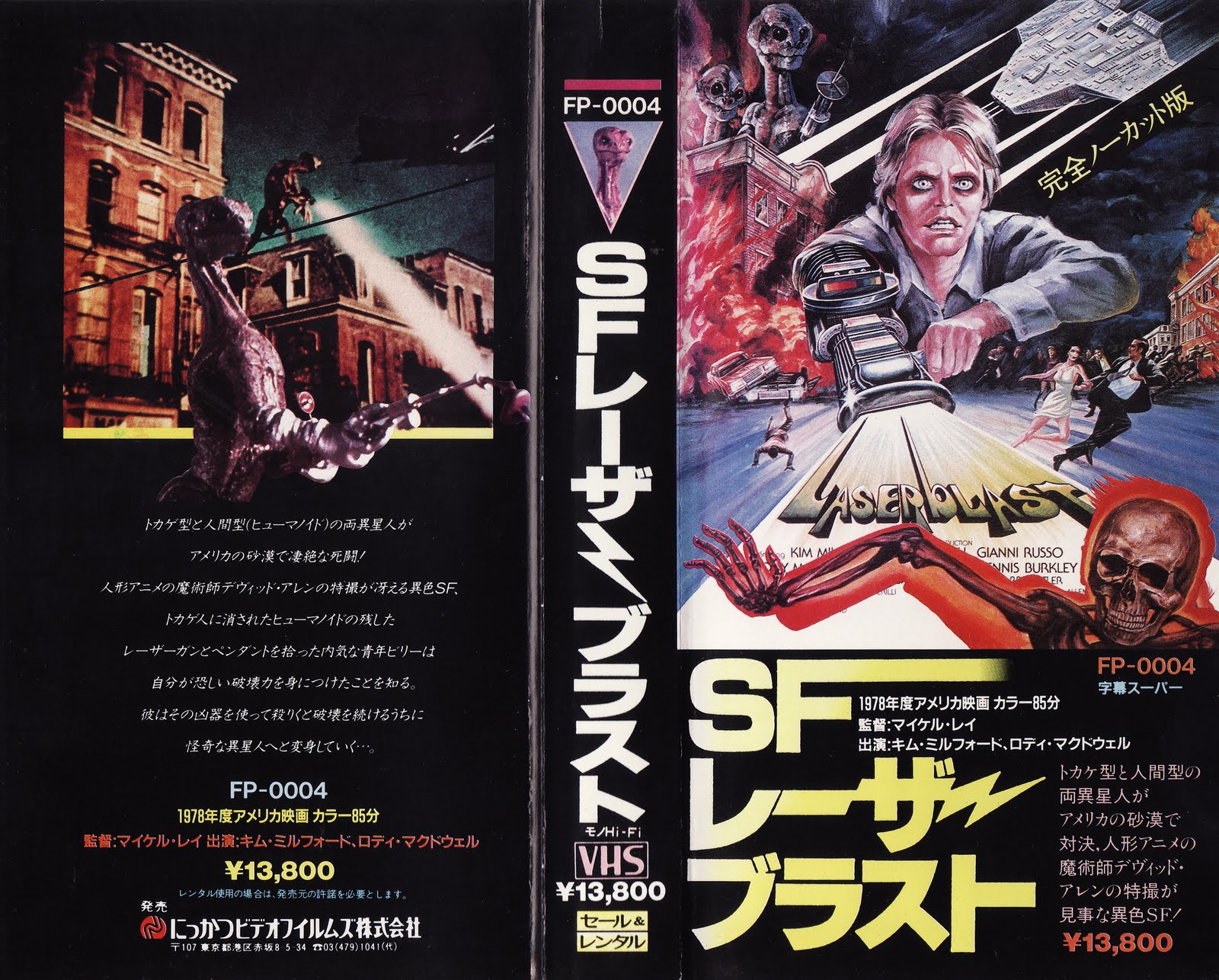 Released in 1978, Laserblast is a low-budget science-fiction film directed by Michael Rae and produced by Charles Band. Uncredited sculptor Jon Berg built the reptilian alien creatures for Laserblast based on the designs of David W. Allen, who completed the stop motion animation, along with an uncredited Randall William Cook. 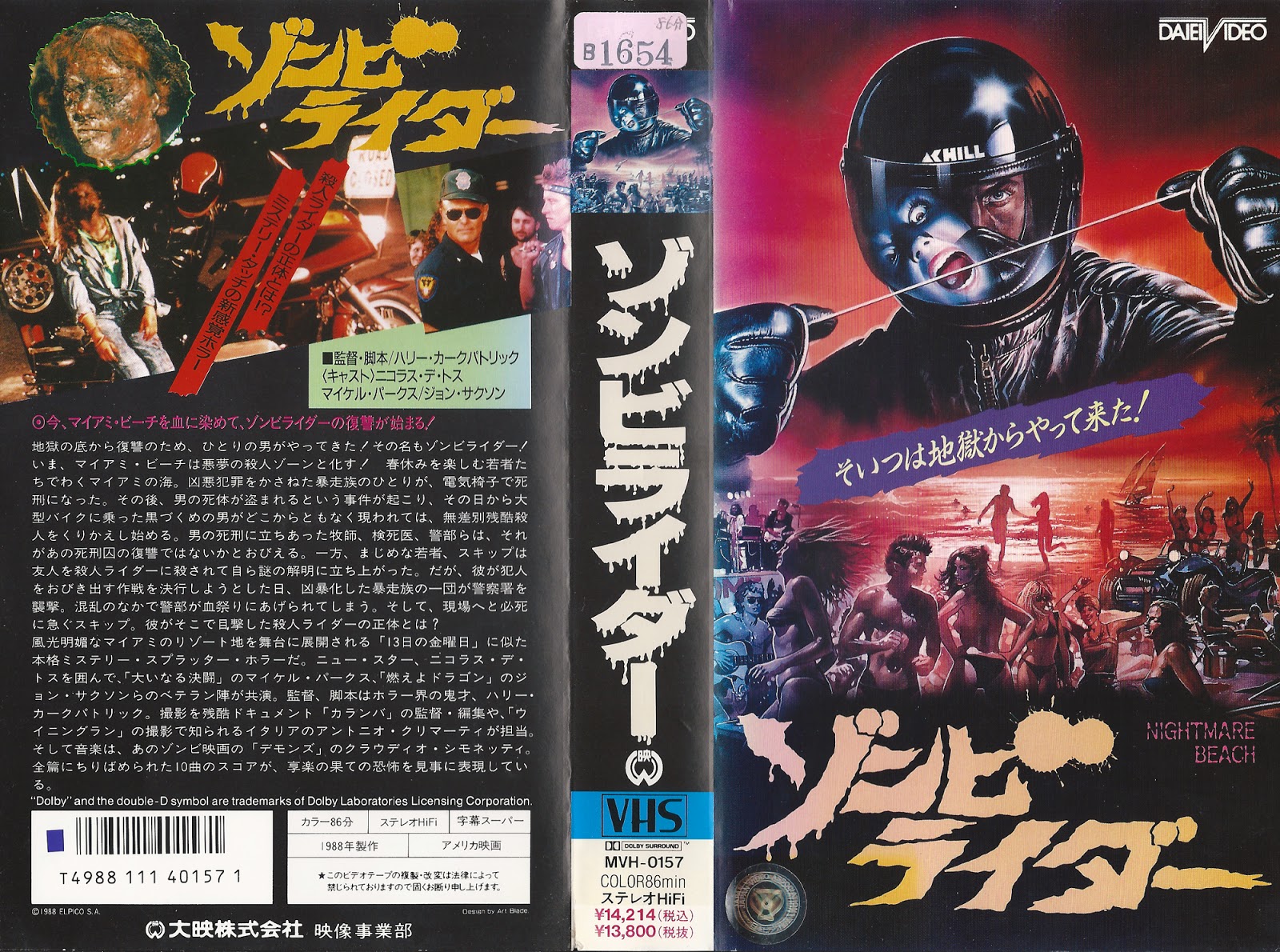 Nightmare Beach is an 1989 Italian-American slasher directed by Umberto Lenzi, credited under the name Harry Kirkpatrick.

Confusingly Luca M. Palmerini and Gaetano Mistretta’s 1996 book Spaghetti Nightmares contains an interview with Lenzi, where he claims to have had a falling out with the producer of Nightmare Beach and wanted to be removed from production. Harry Kirkpatrick (if Lenzi is to be believed) was not a pseudonym, but a real person who was approached to direct Nightmare Beach instead. Umberto Lenzi remained only to provide uncredited technical assistance.

“My contribution consisted solely of providing technical assistance. Welcome to Spring Break should be considered the work of Harry Kirkpatrick.” – Umberto Lenzi 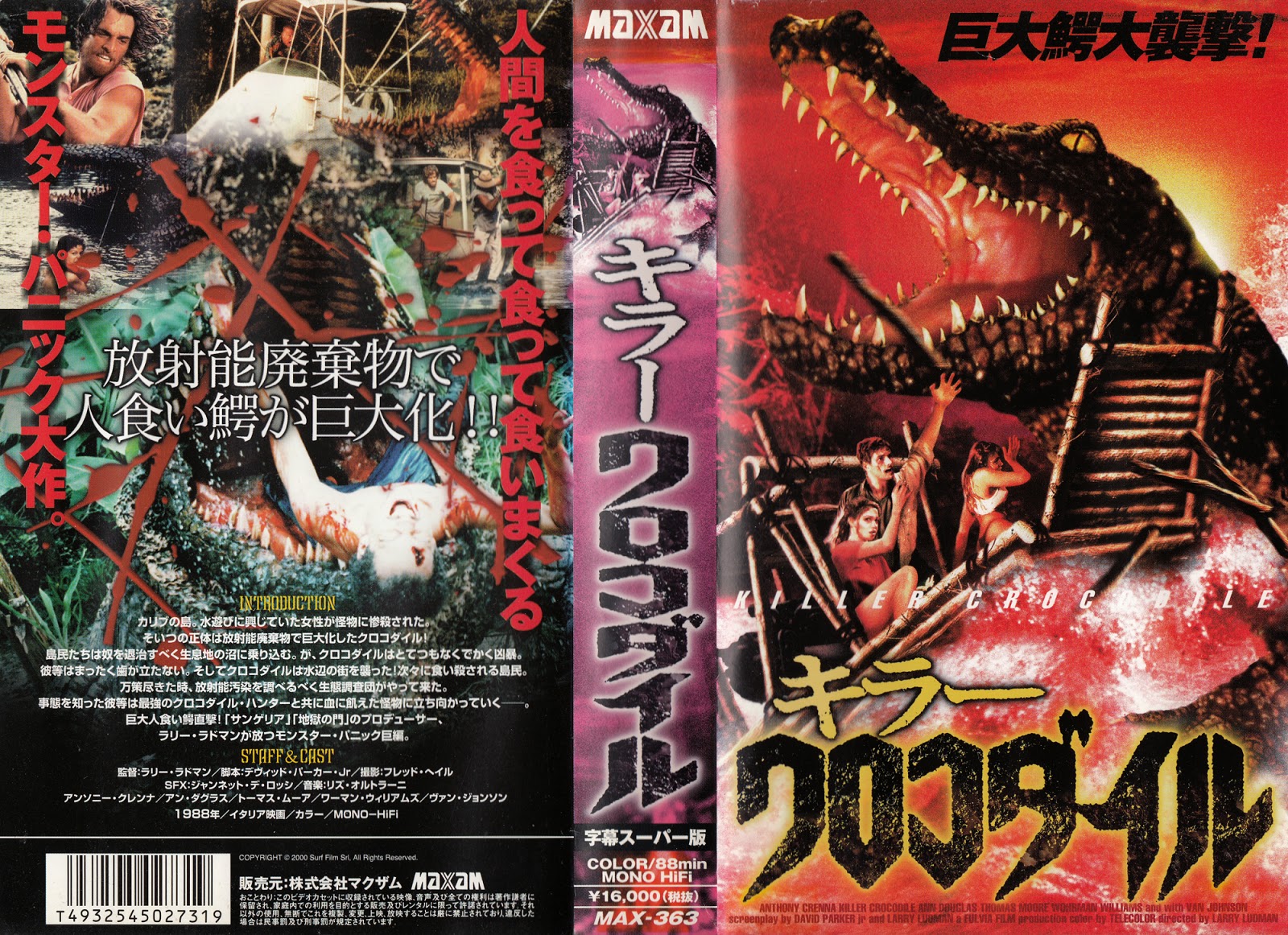 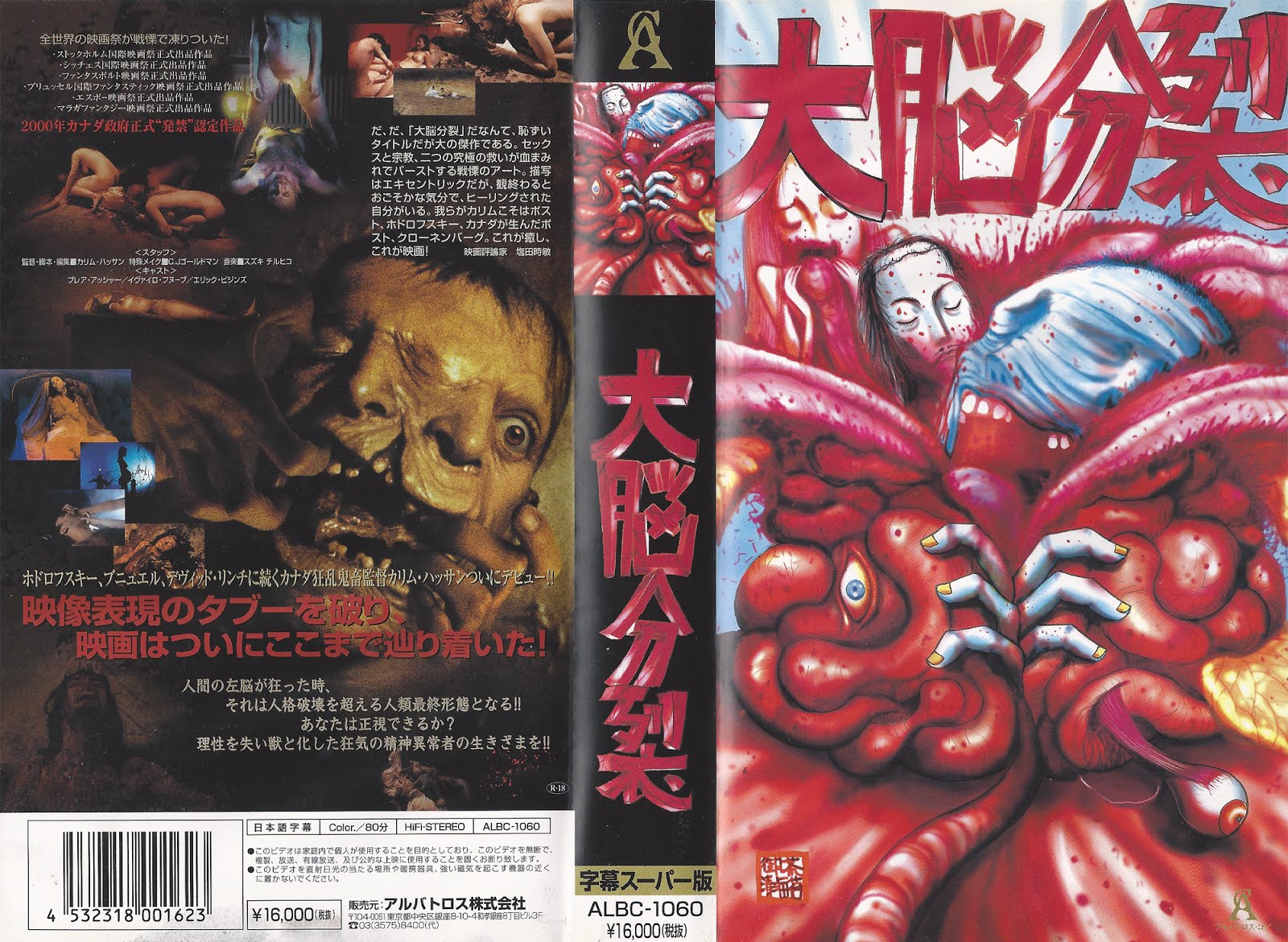 Karim Hussain’s Subconscious Cruelty (2000) was a project beset with numerous problems during it’s prolonged production (over six years), including the confiscation of film by Canadian customs officials. After returning from the United States Hussain was stopped at the Canadian border where officials inspected the film and, appalled by the film’s content, confiscated it as illegally obscene material.

Despite the problems Hussain faced the project was completed, and Subconscious Cruelty was screened at various festivals in 2000 where it gained a cult following.