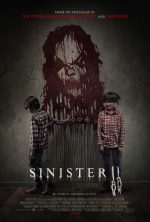 There’s not much in the way of thinking outside the box when it comes to the Sinister movies. They rely on conventional scare tactics and their main premise doesn’t so much evoke horror as elicit disgust.

In the original Sinister movie, the leading character, Ellison Oswalt, a writer of ‘true crime’ books desperate for a best seller, was played by Ethan Hawke. He moved his own unsuspecting family into a house where a gruesome slaughter took place and uncovered a box of 8mm ‘home-movies’, each reel depicting a disturbing murder perpetrated in a horrifically graphic way. Needless to say, none of this proved good for his health.

In Sinister 2 the main source of disquiet is again a group of ghost children who have sadistically killed their innocent families and, on the insistence of their ‘possessing demon’, each made a snuff movie depicting their imaginatively violent deeds. 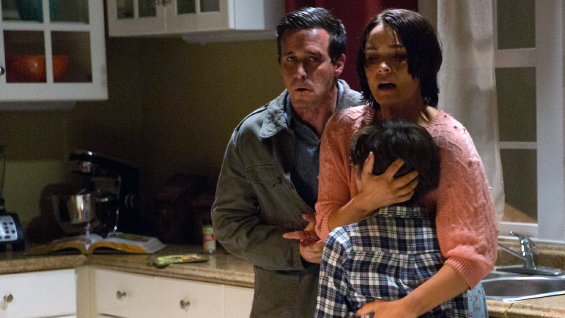 Scott Derrickson, who co-wrote and directed the original, returns with partner C. Robert Cargill to create Sinister 2, handing over directorial duties to Ciaran Foy. Their sequel lacks the first instalment’s stylish, atmospheric cinematography and sense of impending doom. It has replaced Ethan Hawke with less charismatic actors, shifted attention towards its villains and incorporated minor additions to its supernatural mythos.

Picking up shortly after the events of 2012’s Sinister, James Ransone again plays Deputy So & So (his character apparently still unworthy of an actual name) now working as a private investigator who spends most of his time tracking down family homes targeted by the supernatural fiend Bughuul. The demon’s modus operandi involves snatching away children, but only after first compelling them to murder their relations in some viciously elaborate way and also to film a record of their crime with a Super 8mm camera.

When horror audiences first met Bughuul, (Nicholas King) he was a fleeting apparition in the corner of the frame – a mysterious and unsettling presence instigating a merciless demise for author Ethan Hawke and his family. In the sequel, his abducted ghost-children are tasked with recruiting a new victim to join their clique. The boy in question is Dylan (Robert Daniel Sloan), who’s on the run from a violent, abusive father (Lea Coco) with his mom Courtney (Sossamon) and brother Zach (Dartanian Sloan).

Their flight takes them to a remote house next to a church where one of Bughuul’s child disciples – a dapper boy named Milo (Lucas Jade Zumann) – killed his preacher Dad, his Mom and siblings in a nastily Orwellian fashion. 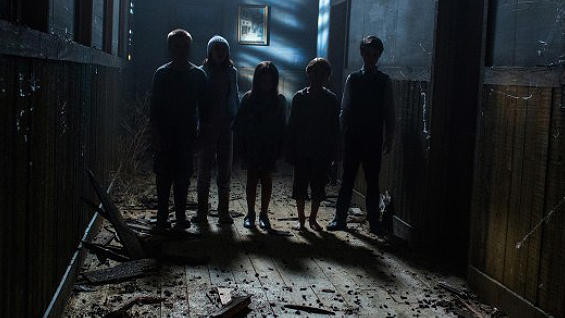 Continuing Ellison Oswalt’s research, Deputy So & So has identified their rural homestead as part of Bughuul’s network and, believing it empty, he turns up planning to burn down the house and the adjacent church. He’s dismayed to find it unexpectedly occupied by the family and, as they seem inexplicably unperturbed by the knowledge of the grisly murders next door, he deems it best to stay around to keep watch for any sign of the bloodthirsty deity’s presence.

When the director Ciaran Foy feels the pace is dragging, you can bet he will interject a quick pop up from Bughuul himself – looming out of the shadows sporting white make-up and long black hair like a stray member of a Black Metal band. When in doubt, a jump scare featuring his skeletal face will flash up somewhere to perk up members of the audience becoming disinterested by the unimaginative storyline and conventional characters.

I was vaguely intrigued by the incongruity of the likeable leading actor, James Ransone. The poor man seemed to have wandered into the wrong movie. (I think they must have told him that he was playing the affable lead in a not-very-funny rom-com).

As with so many mainstream horror movies nowadays, Sinister 2 seems to have missed the point – if you don’t have the wit, courage or imagination to shock us by subverting the usual horror movie tropes, the trick is to at least be skillful with the ones that you insist on using. Of course, it helps if you have an arresting storyline and engaging characters about which we are encouraged to care. There is something lazy and tacky about a narrative which wreaks graphic violence on nameless, anonymous figures seen only in grainy snuff shorts, and philosophically troubling about the corruption of children into creatively vicious murderers. 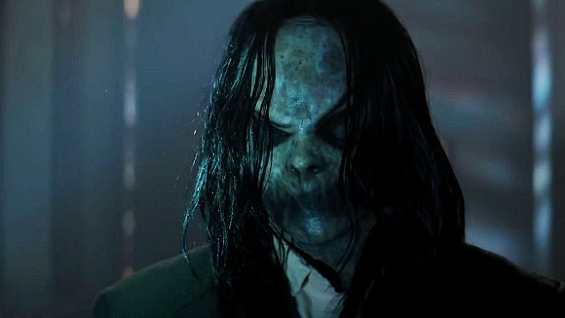 Also, to have an effective sequel containing a supernatural monster, the skill would be in deepening the monster’s mythology while retaining his mystery, otherwise he’s going to turn into a kitsch object (see Freddy Krueger, Jason Voorhees et al). Also, to maintain the fear factor, it’s probably not advisable to give him too many human rivals. Bughuul’s impact was entirely diminished by the human monster that was the boys’ abusive father, who proved to be a far more terrifying presence.

The aspect of both the Sinister 2 movies that intrigued me most was the notion of the corrupting influence of the film images that the children (and we) are forced to witness. It is never expanded upon or explained why an ancient Pagan evil might be so enamoured of such a modern medium, but apparently, Bughuul is a big fan of snuff movies. The film’s only attempt at addressing this question resulted in my having to to stop myself laughing at some nonsensical pseudo-intellectual piffle about Bughuul requiring a depiction which demonstrated an “aesthetic appreciation of violence” as some kind of ‘tribute’.

If that notion were employed tongue in cheek, Sinister 2 might have had the opportunity to be a playful examination of the idea of cinema as a reflection of its makers’ and viewers’ most violent urges, but unfortunately, there is no self-referential subtext here. In Sinister 2, it seems that it is again the celluloid itself which simply serves as a portal to an undeserved psychological ordeal.

Sinister 2 is available to buy from Amazon.co.uk