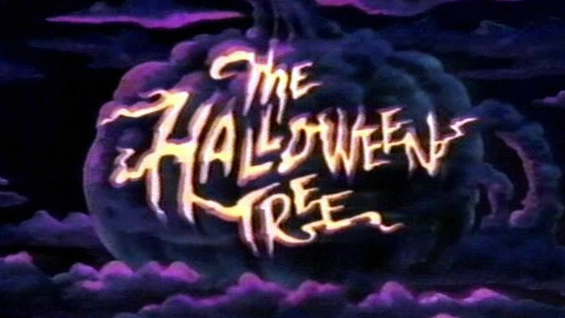 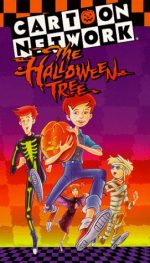 Nostalgia is rarely more potent than when it comes to our memories of Halloweens past. There aren’t many out there who don’t recall the thrill of trudging down the street, clenching the night’s candy haul close by, and begging their folks for a few more houses’ worth of socially-acceptable panhandling. The imagery that comes to mind whilst dwelling upon this time of the year seems to be without end, meaning that 1993’s The Halloween Tree has all the inspiration it needs to hit a sweet spot with audiences (and then some). Adapted by Ray Bradbury from his own novel, this animated TV special doesn’t stop at merely checking off the holiday’s most familiar elements, be they the costumes, the jack-o-lanterns, or what have you. No, The Halloween Tree aims to do one better by delving into the very origins of the season’s many traditions, and while it may blaze through this ambitious endeavor at a breakneck pace, its keen instinct for setting the right mood easily wins you over in the end.

Another Halloween has arrived in a small, sleepy town like any other. Lifelong pals Wally (voice of Andrew Keegan), Ralph (voice of Alex Greenwald), Tom (voice of Edan Gross), and Jenny (voice of Annie Barker) plan to spend the night trick-or-treating until their bags are overflowing with all sorts of goodies. But when they go to pick up their friend Pip (voice of Kevin Michaels), the hugest Halloween fan around, they find that he’s been rushed to the hospital due to an illness. However, his spirit is still hanging about for some reason, which the kids follow to a spooky old mansion owned by Mr. Moundshroud (voice of Leonard Nimoy). Before the youngsters know what hit them, Pip is sent hurtling off into the great beyond, with Moundshroud a little too eager to lead the gang in hot pursuits. As the kids burst through the boundaries of space and time, they learn a little something they didn’t know about their favorite holiday, from the inspirations behind Notre Dame’s ghastly gargoyles to Mexico’s Day of the Dead festivals. But they only have until morning to catch up with Pip…or else Moundshroud will make sure that he remains a permanent resident upon the branch of his towering Halloween Tree. 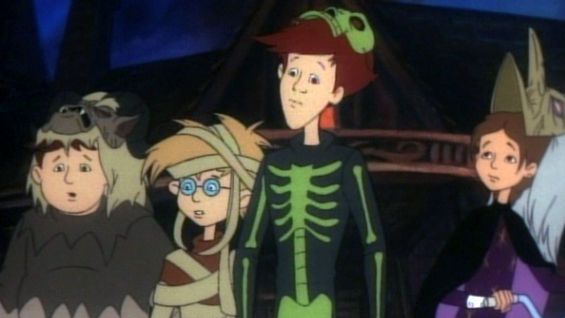 Moving along at an almost breathless speed, The Halloween Tree truly feels like the product of a child’s fevered imagination — for better or worse. The flick does have a knack for getting itself so wrapped up in showing off all the cool concepts it brought to the table, it never sets aside the proper time for viewers to get their bearings or figure out what the stakes are. Once our heroes find that Pip is being treated for what could be (for all we know) a non life-threatening sickness, it’s off to the races, with no reason given for why his ghost is still here or why he’s running away. You pick up pieces of the puzzle here and there, though the journey’s real purpose is to educate Pip’s pals on the histories behind their chosen costumes. All of the characters receive their own individual lessons to learn, but even by kids movie standards, the set-ups feel terribly contrived. Stranger still is the fact that there’s no real reason for the kids to be dragged along on a fantastic adventure to begin with, since they’re all nice and love Halloween (as opposed to being ignorant brats who need a good talking-to). Plus, with Moundshroud cast as a soul-seeking boogeyman in some scenes and delightfully eccentric tour guide in others, opportunities for children to walk away from this utterly perplexed are never in short supply. 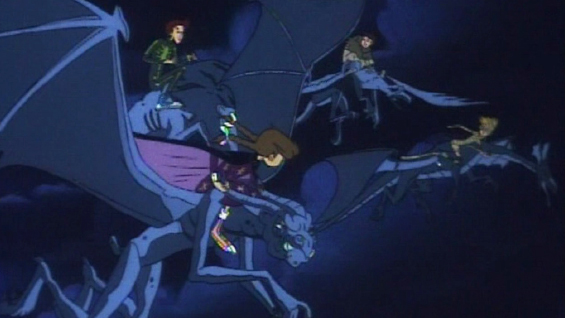 But in spite of some odd tonal shifts and a plot that hasn’t a clue what brakes are or how to use them, The Halloween Tree still emerges as an atmospheric triumph. Bradbury’s narration lends an inviting charm to the production, with even his more verbose tangents giving the proceedings a unique flavor. The animation style is creepily effective, John Debney’s epic score complements the action perfectly, and the feeling of fall is established so well, you can virtually smell the leaves in the comfort of your living room. But the real takeaway of the flick is the kid-friendly overview of Halloween’s roots it presents. While some sections of the story might prove a little too scary and the history a touch abridged, the movie’s target audience will undoubtedly be too caught up in the spirit of adventure to realize what they’re watching is (to an extent) educational. As far as the voice acting goes, all of the kids do just fine and share a real sense of camaraderie; besides, any family-oriented media that doesn’t define the only female character just by the fact that she’s the sole girl is alright by me. Nimoy is also having tons of fun here as Moundshroud, filling every scene with snickers galore as he toys with the children for his own mysterious goals.

While I was in the right age range to get a kick out of it when it first aired, I never grew up with The Halloween Tree. Even at that point in time, I was a few mere years away from moving out of the trick-or-treating phase, yet the film spoke to me regardless, conjuring all those feelings of excitement I got when October’s end rolled around in spite of all its flaws. Though it can be a bit overwhelming for some of the little ones, The Halloween Tree is a creatively spooky good time that will continue playing a part in many holiday viewing traditions for years to come.

The Halloween Tree was reviewed by A.J. Hakari.
A.J. Hakari on Twitter: https://twitter.com/themadmovieman

[amazon asin[uk]=B00936A12O&asin[us]=B00936A12O&text=The Halloween Tree (1993) is available to buy from Amazon]; and if you decide to make a purchase after following this link you will have supported Attack From Planet B, so thank you.