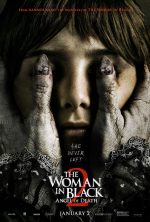 The original The Woman in Black movie was based on Susan Hill’s much-loved novel and was brought to the big screen by the iconic British horror film company ‘Hammer’. It was a movie which refreshingly defied all prevailing horror trends – there was no ‘found footage’, torture, half-naked teens being butchered in 3D, and not a single sparkling vampire or implausibly limber zombie. It was instead, a compelling homage to the Victorian ghost story, and (despite screenwriter Jane Goldman’s tampering with the themes) provided a satisfying narrative soaked in atmospheric spookiness. The island haunt of Eel Marsh House, cut off by treacherous marshes and a desolate causeway from the Northumberland coast, remains one of the creepiest settings in British horror. By the end of James Watkins’ original 2012 movie adaptation, the sorrowful story of Jennet Humfrye was fully revealed, her mystery resolved, the pertinent characters expunged and loose ends tied up. Presumably the ghost had been laid to rest with the earth neatly patted down above.

But the movie was a box-office hit, so poor old Jennet Humfrye has been dragged from the grave once again. The formula seemed worth milking so now we have a sequel, with a storyline devised by Susan Hill and scripted by Jon Croker. The new story moves forward from Victorian England to World War II, and as bombs fall on London, a young schoolteacher, Liz Parkin (Phoebe Fox) and her headmistress, Mrs Hogg (Helen McCrory) accompany a group of evacuated children off to the country and are marshalled by a singularly unsympathetic doctor (Adrian Rawlins) to the most secure place they can come up with – Eel Marsh House. How unfortunate then, that the whiff of traumatized, war-torn children happens to reawaken the vengeful spirit who apparently still chooses to pass eternity by amassing as many dead kids as possible. 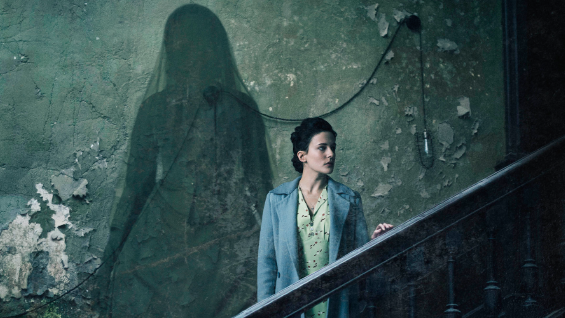 Though the original book was written in 1983, it is a tale of vengeance from beyond the grave in the classic style. Here was a story of tragic loss, frustration and suicide containing the traditional elements of isolation, locked rooms, creaking doors, eerie mists, strange sounds in the night and creepy toys. The Woman in Black sequel makes use of these elements, although now Eel Marsh House is merely a crumbling shell, and this time we are all familiar with the story of the ghost and with her modus operandi, so there really isn’t anything much else for her to do.

Taken out of her original Victorian context, the eponymous ghost (Leanne Best) takes on a supporting role in her own movie, secondary to the rather sketchy backstory of the lead female character (played gamely by newcomer Phoebe Fox) and her predictable wartime romance with an emotionally damaged pilot, Harry Burnstow (Jeremy Irvine). As a story about the ravages of war and the mental and physical damage it wreaks on individuals, the film works reasonably well, but as for the ghost – she is relegated to popping up now and again, lunging out with her pallid face and banshee wail, to remind us she’s still there – but with ever diminishing degrees of potency. So the movie quickly degenerates into predictable shock tactics, using the full gamut of jump scares (you might fall for it the first time, but you’ll soon see them coming, particularly since the soundtrack insists on telegraphing all climactic moments). There are the inevitable scenes in which the characters peer through grimy windows, leaf tremulously through dusty boxes and albums and feel the need to spout exposition – and we again have mesmerised children putting themselves into peril – but it all lacks the tension produced in the first movie. There are some glaringly contrived narrative details, and unfortunately the film fails to engage us enough to suspend our disbelief and ignore these, so we are often distracted in asking, ‘How could she know that? Why did they do that? How did he get there? Etc…’ 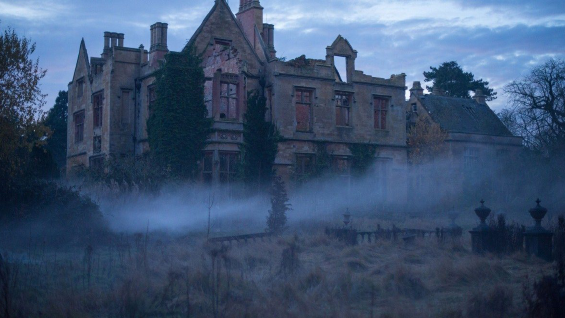 Credit where credit is due – George Steel’s cinematography remains impressively atmospheric and knowing this, the film relies heavily on people wandering about in thickening mists, dark cellars and crumbling corridors. The result is diverting enough while it lasts, but, like a ghost, its impact is destined to disappear without trace in the light of day. Although the performances are ‘spirited’ enough (sorry) the movie will suffer from lack of the box-office drawing power of someone like Daniel Radcliffe, who was well experienced in reacting to ‘unforseen’ forces.

There are hopes that the movie may do well in the USA, as “There’s something very British about this,” actor Jeremy Irvine indicates, “It’s a very different beast to American horror. There’s a subtlety to this that I find peculiarly British. I think that’s true of all Hammer”.

If Hammer truly intend to distinguish themselves from the crowd by maintaining their ‘British’ identity, they have no shortage of celebrated authors in the Gothic tradition to draw on – most notably Sheridan Le Fanu and M.R. James who have written outstanding stories in a distinctly English style, and there are excellent contemporary practitioners of the form such as Sarah Waters and Adam Nevill. There is really no excuse for lukewarm sequels to one-off triumphs. (For horror fans more interested in the literary, there is a novelisation of the movie by Martyn Waites for Hammer’s literary imprint.) 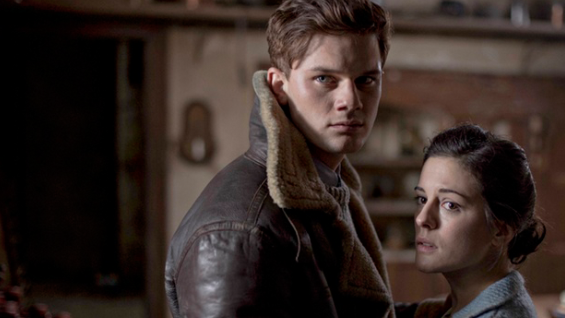 Producer Simon Oakes acknowledges that the historical setting and storylines may make The Woman in Black “different to other films in the genre, and in some ways, family-friendly” and goes on to say, “I think these stories can find a wider family audience, and it’s entirely our intention to do that with Hammer. The first film got a 12A rating and I was fine with that, but it was complained about, and so it’s a 15 for this (second) one.”

Don’t let the higher rating deceive you, I think Hammer has certainly been successful in this aim, as I for one, wouldn’t have many qualms in taking my entire family to The Woman in Black: Angel of Death, including my granny, my maiden-aunt and my most nervous gerbil.

The Woman in Black: Angel of Death was reviewed by Ren Zelen.
Ren Zelen on Twitter: https://twitter.com/renzelen

[amazon asin[uk]=B00RTQFSIC&asin[us]=B00TI5RQL4&text=The Woman in Black: Angel of Death (2014) is available to buy from Amazon]; and if you decide to make a purchase after following this link you will have supported Attack From Planet B, so thank you.