After the death of his father and the inheritance of his estate Jonathan Graves (Peter Liapis), with his girlfriend Rebecca (Lisa Pelikan), decide to move into the family mansion and throw a party to celebrate the occasion.

The mansion itself is filled with books and paraphernalia regarding the art of black magic, which Jonathan starts to take an interest in. During the party, almost instinctively, Jonathan suggests that he and his friends perform a ritual in the basement of the mansion. The attempt to conjure up a spirit proves initially unsuccessful, but as Jonathan’s obsession with black magic escalates Rebecca soon discovers creatures that have taken up residence in their home…

Creatures that await their true master to return! 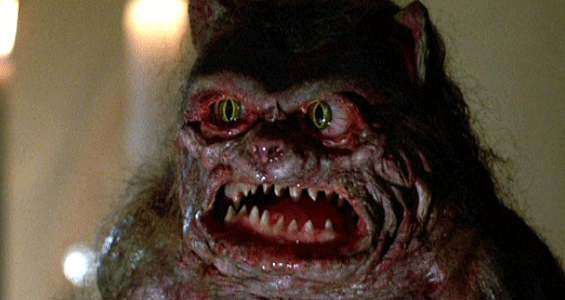 Ghoulies (1985) was my first introduction to Charles Band. Known for producing an extensive number of low-budget films for both Full Moon Entertainment and the now defunct Empire International Pictures, Ghoulies originally began life in 1983 under the working title Beasties. Charles Band was attached to the project as the director and wanted Stan Winston to work on the special effects after the two had previously collaborated on the 1982 science-fiction horror Parasite, but ultimately the scheduling demands prompted Band to take the role of executive producer instead.

Direction was instead handled by first-time director Luca Bercovici, whilst John Carl Buechler was responsible for the special effects and creature designs. It is also worth mentioning that Buechler would later direct the direct-to-video sequel Ghoulies III: Ghoulies Go to College (1991). 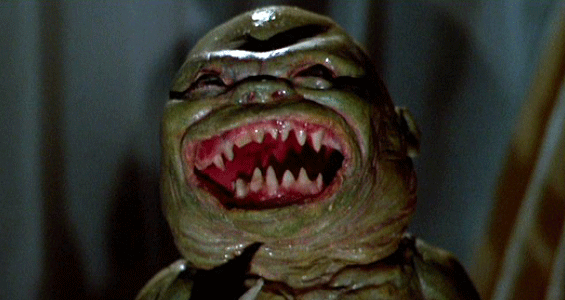 Released theatrically by Empire Pictures in 1985, and on home video shortly afterwards, Ghoulies financial success can be attributed to both the unique marketing campaign that was used to promote the film prior to it’s release, and the decision to release Ghoulies under the newly adopted PG-13 rating in the United States. The creation of the PG-13 was influenced by the success of Joe Dante’s Gremlins (1984), a film that was believed to be too mature for the PG rating it received from the MPAA (Motion Picture Association of America), but also not deserving of an R rating. Gremlins is also believed to have been the inspiration, not only for Ghoulies, but for several other films including Stephen Herek’s Critters (1986).

The poster (and subsequent video cover) for Ghoulies became iconic for featuring one of the creatures emerging from a toilet. This scene was not in the original script and was only shot after production had wrapped up due to the success of this marketing campaign.

Unfortunately Ghoulies is ultimately flawed by the lack of, well… Ghoulies! Anyone hoping to watch a movie centered around the adorable (for lack of a better word) creatures will be sorely disappointed, as the focus is aimed towards Jonathan Graves’ increasing obsession on black magic. Regardless Ghoulies became one of my favourite childhood horror/fantasy movies, a childhood that was consumed by b-movies, creature features and Boglins.