When the videocassette recorder (VCR) was released in Japan in 1976 by Victor Company of Japan (JVC) no one could have expected the impact it would have on the world. The Video Home System (VHS), also developed by JVC, was a phenomenon and quickly became the analog recording videotape-cassette standard. The home entertainment market was soon flooded with movies, most from independent distribution companies that would release lesser know foreign films, previously unavailable or previously censored.

So let’s return to VHS era, and to the country that started it all, as I present what I consider are 10 Essential Japanese VHS Covers. 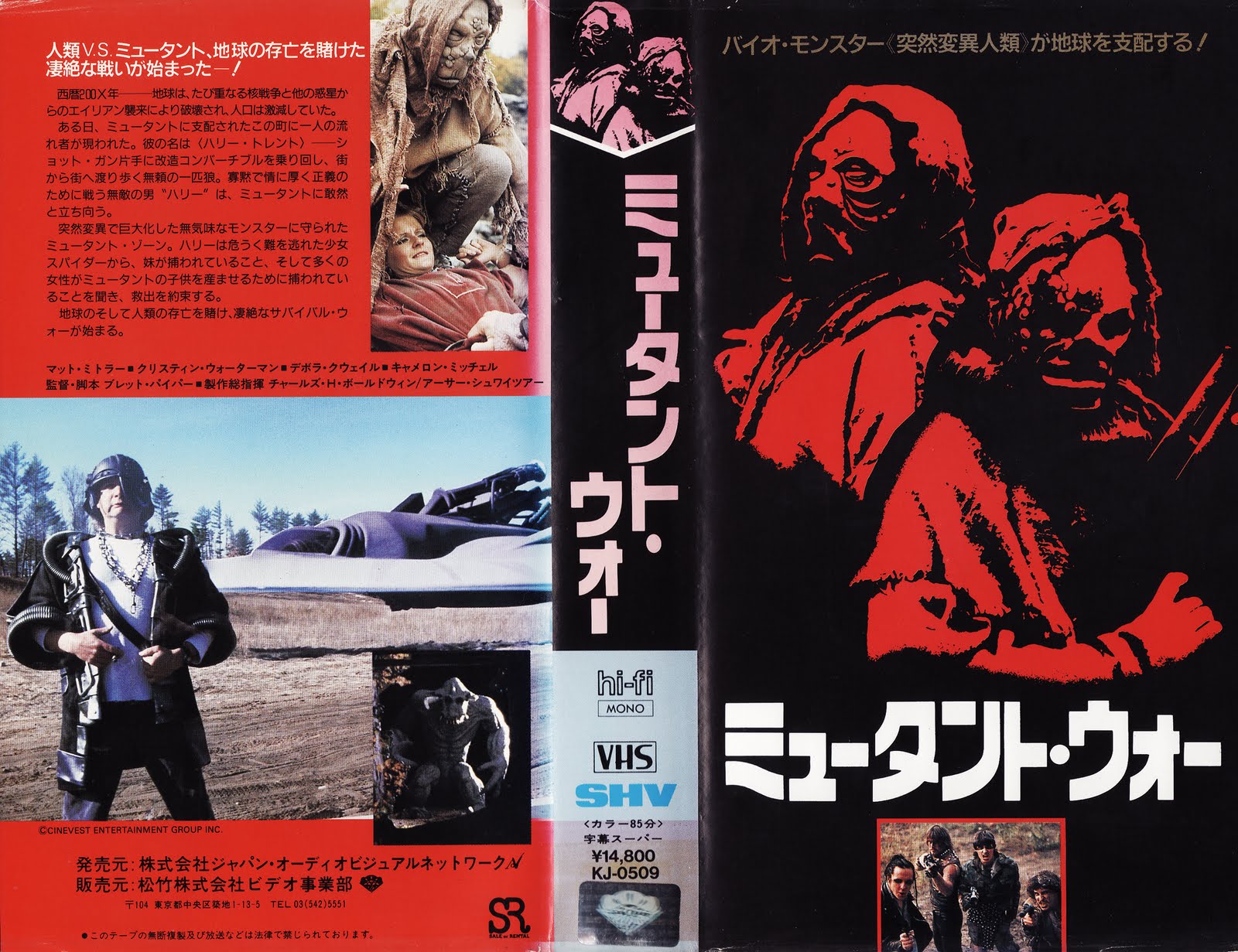 Written and directed by Brett Piper, Mutant War is a forgotten science-fiction masterpiece. No seriously! Try and find any information that talks about Mutant War in any sort of depth…

This movie is the successor to Brett Piper’s equally obscure Galaxy Destroyer (1986). 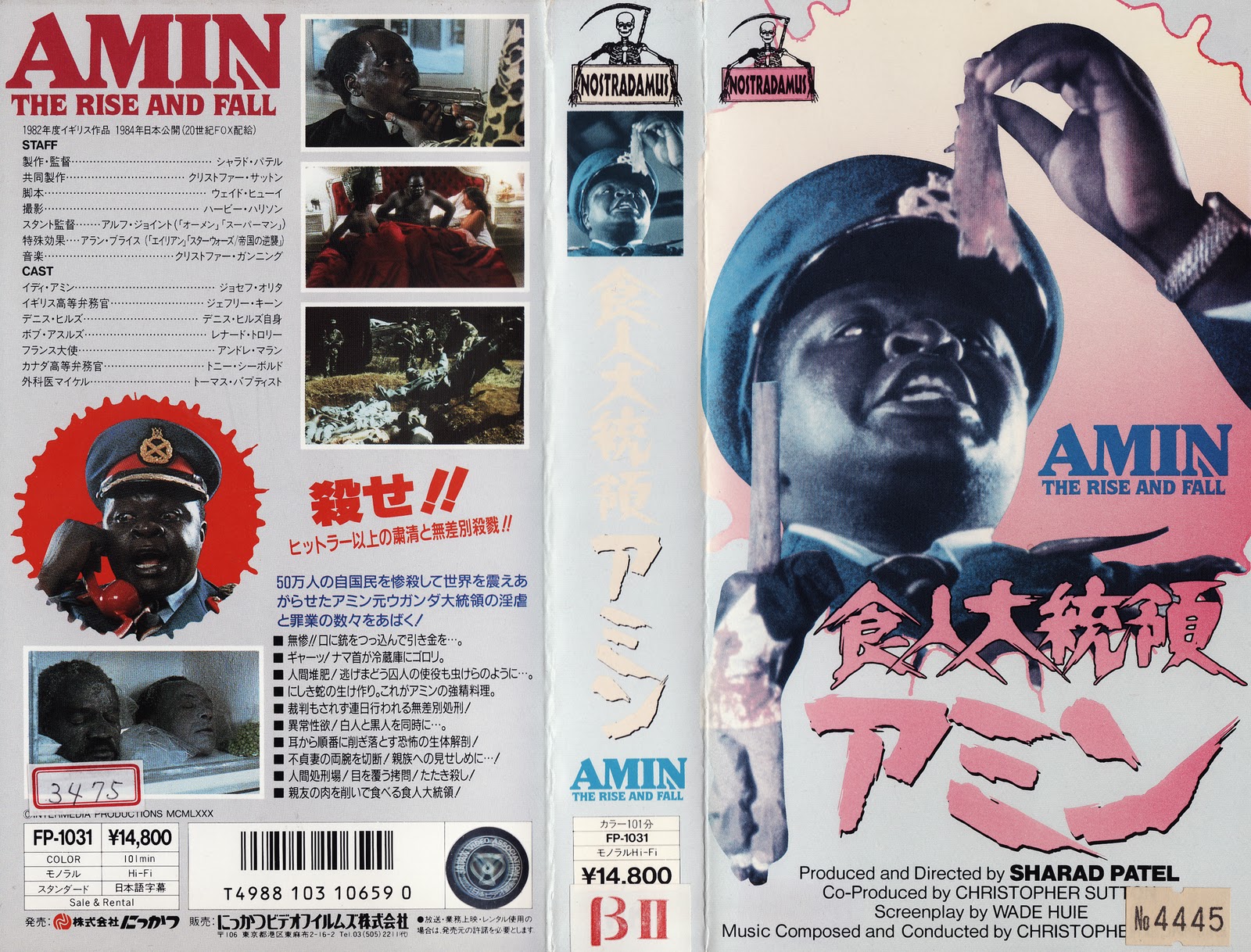 Branded as an exploitation film, Amin: The Rise and Fall is a fairly accurate portrayal of Idi Amin directed by Sharad Patel and released in 1981 (only two years after Idi Amin’s real life exile from Uganda). 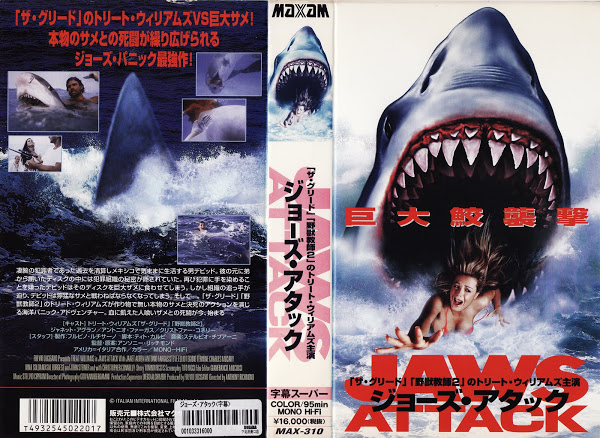 Night of the Sharks (or Jaws Attack as the Japanese VHS cover would have you believe) is an Italian/Spanish/Mexican co-production directed and co-written by Torino Ricci, with Tito Carpi. And yes, Night of the Sharks is completely unrelated to Steven Spielberg’s Jaws (1975). 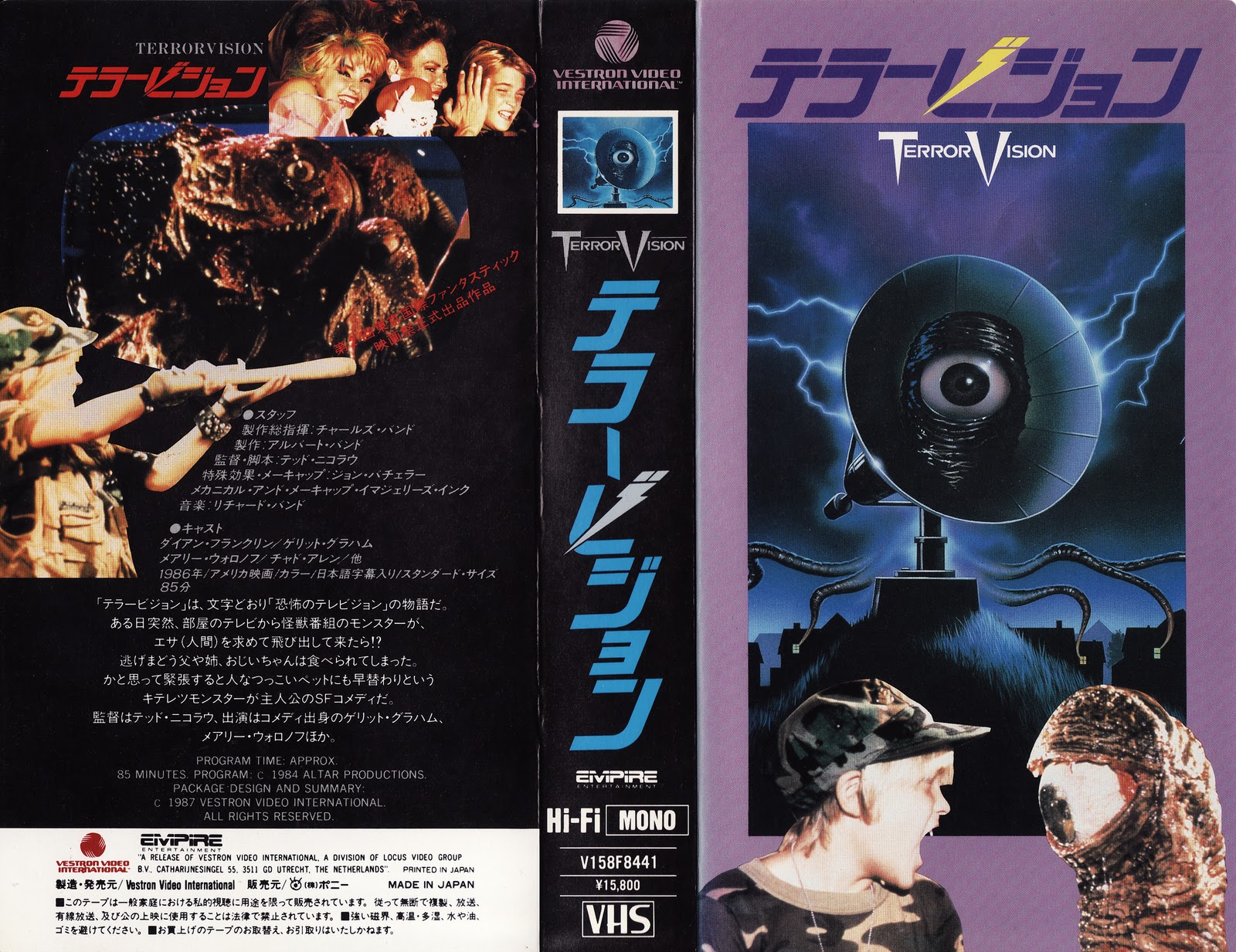 Released in 1989 by Empire International Pictures, TerrorVision is a horror/comedy directed by Ted Nicolaou; the man responsible for the Subspecies film series (1991-1998). 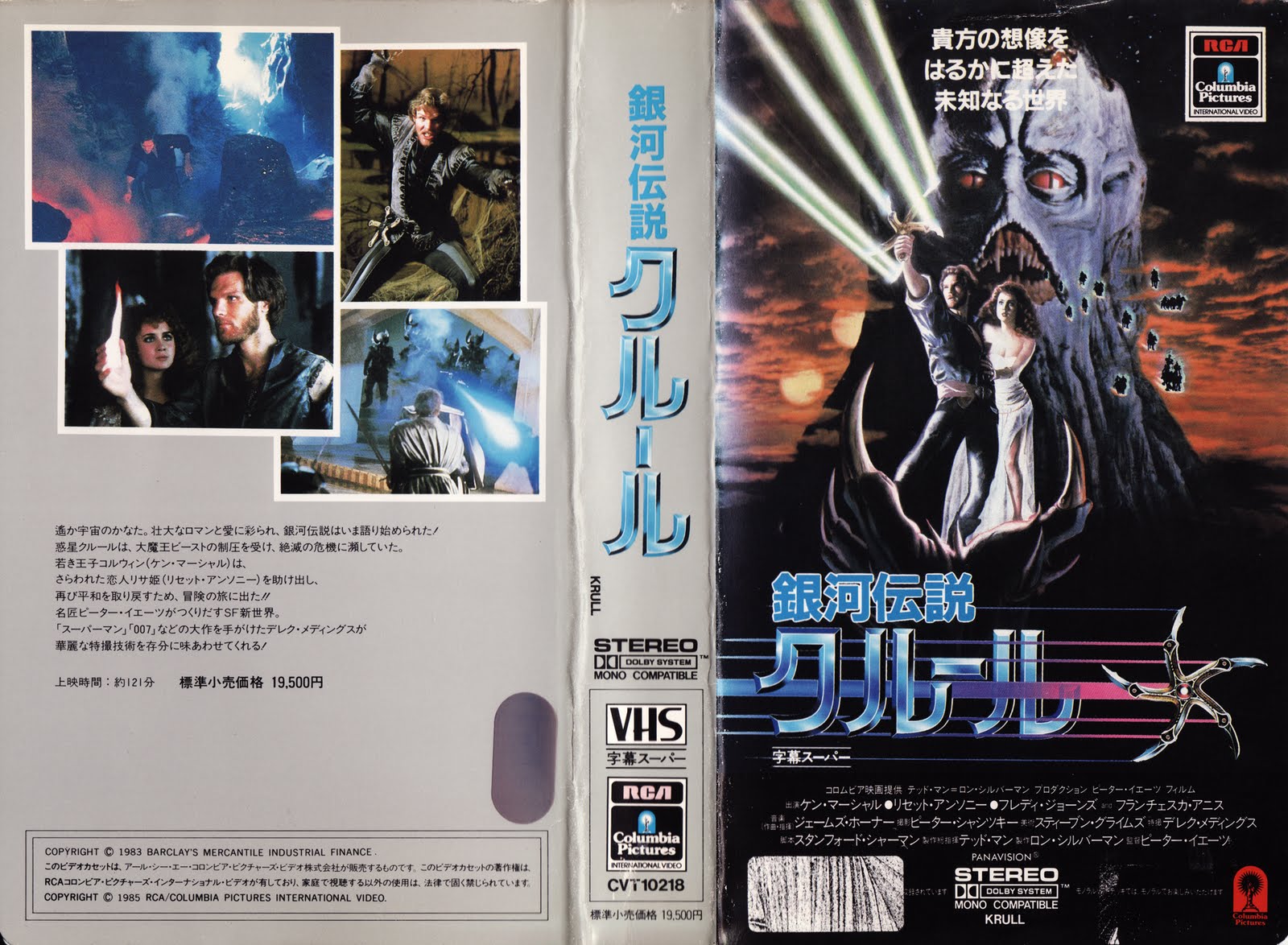 Krull, directed by Peter Yates, was one of the most expensively produced motion pictures released in the 1980’s. 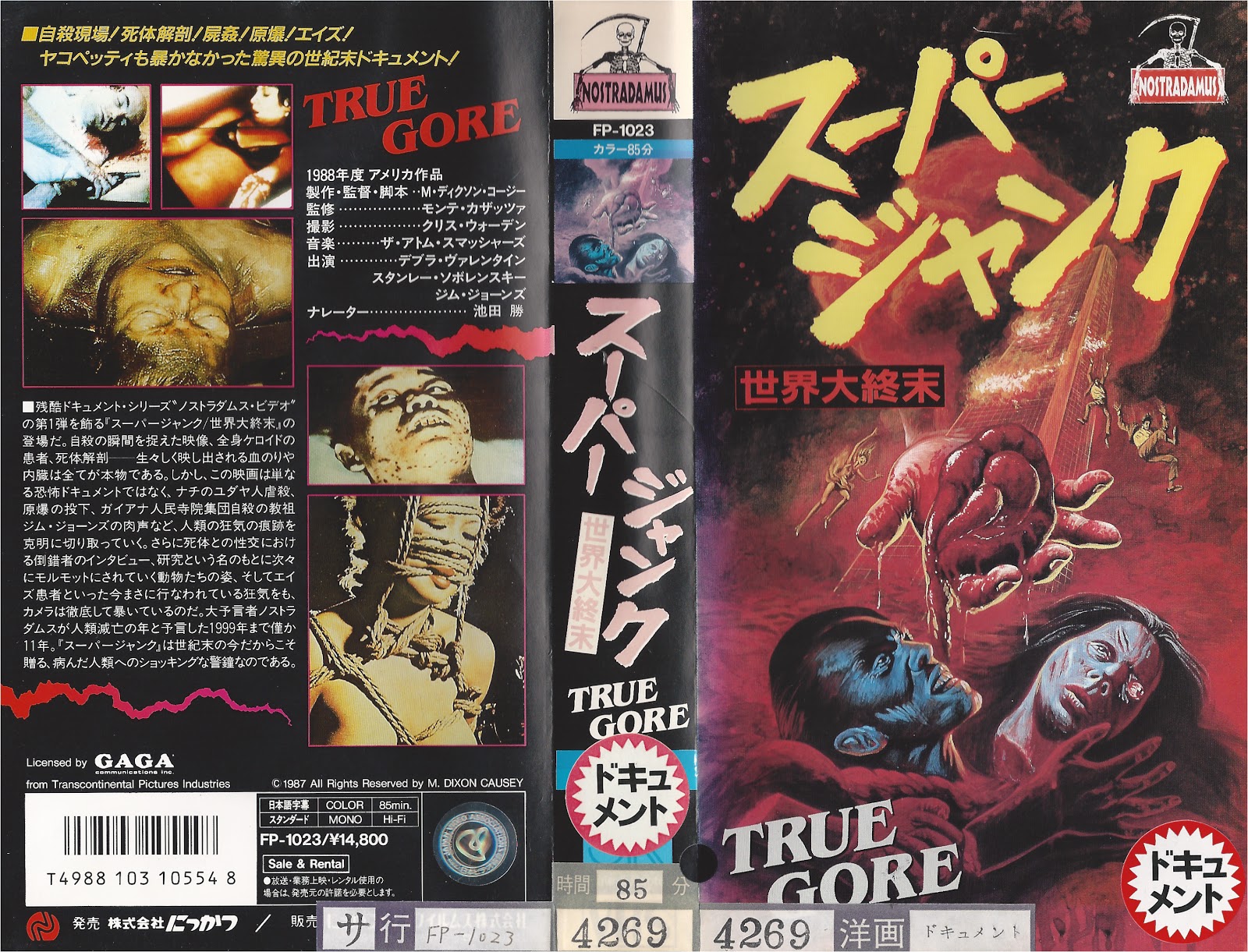 The extremely obscure True Gore tape (in either it’s English or Japanese version) is a sickening shockumentary directed by M. Dixon Causey that revels in death, but just like the original Faces of Death (1978) not all of the footage used is “true”. 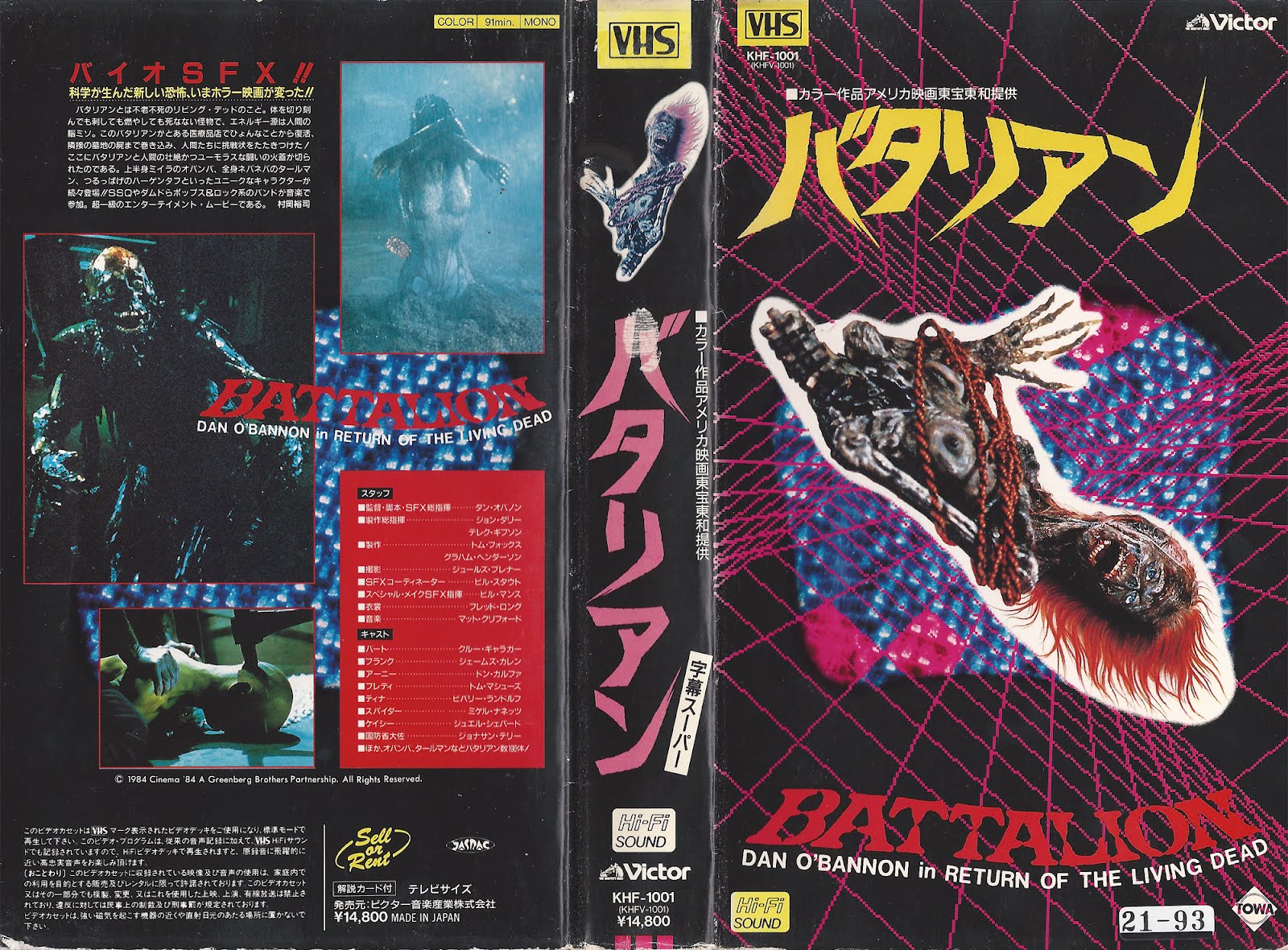 4. The Return of the Living Dead (1985)
バタリアン
Directed by Dan O’Bannon.
AKA Battalion

Dan O’Bannon’s Battalion, better known by it’s English title The Return of the Living Dead, was loosely adapted from the John Russo novel of the same name. So loosely in fact that it bears almost no resemblance to Russo’s original novel. Interestingly Russo’s novel was written as a sequel to George A. Romero’s genre defining film Night of the Living Dead (1968). 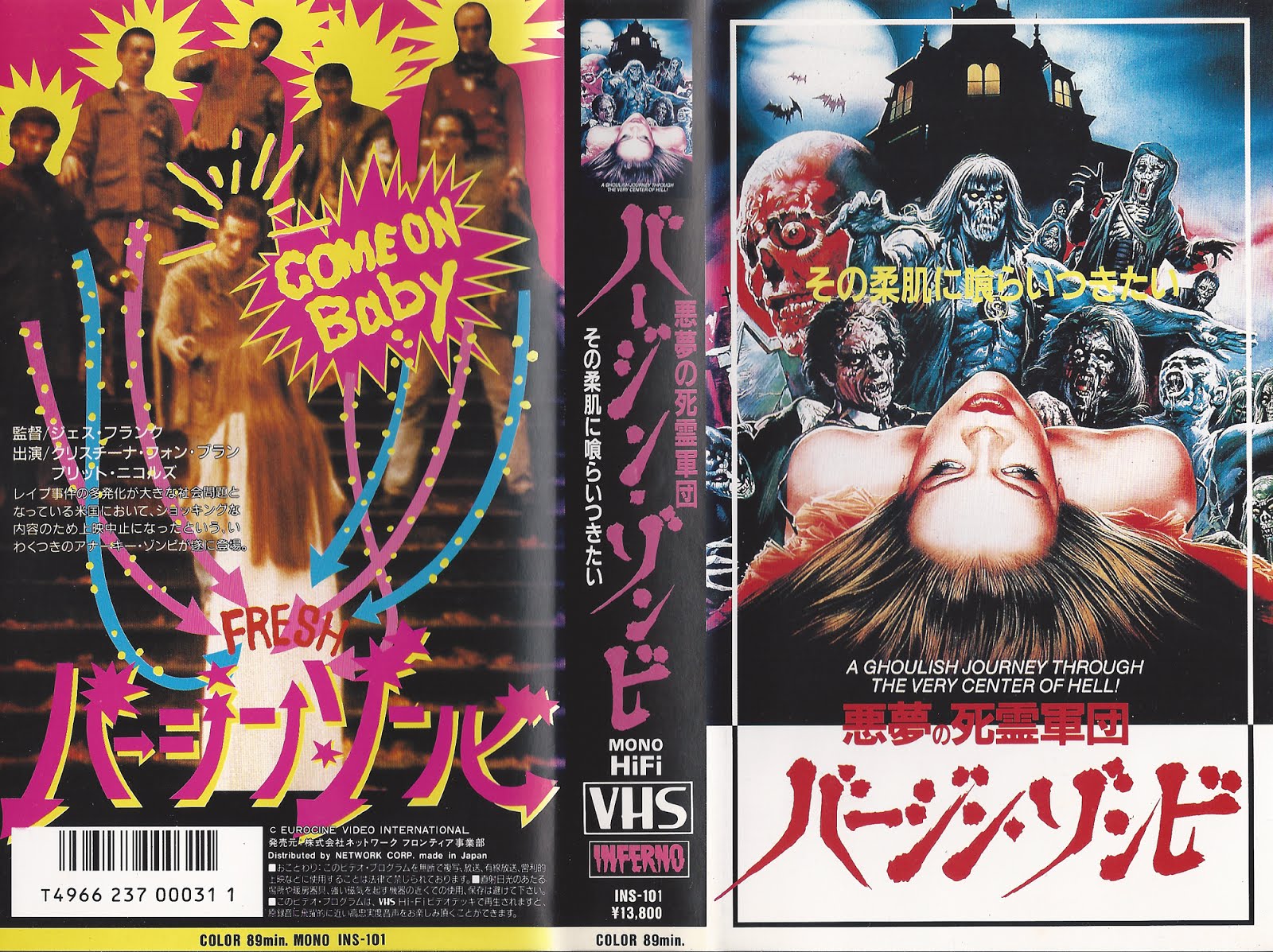 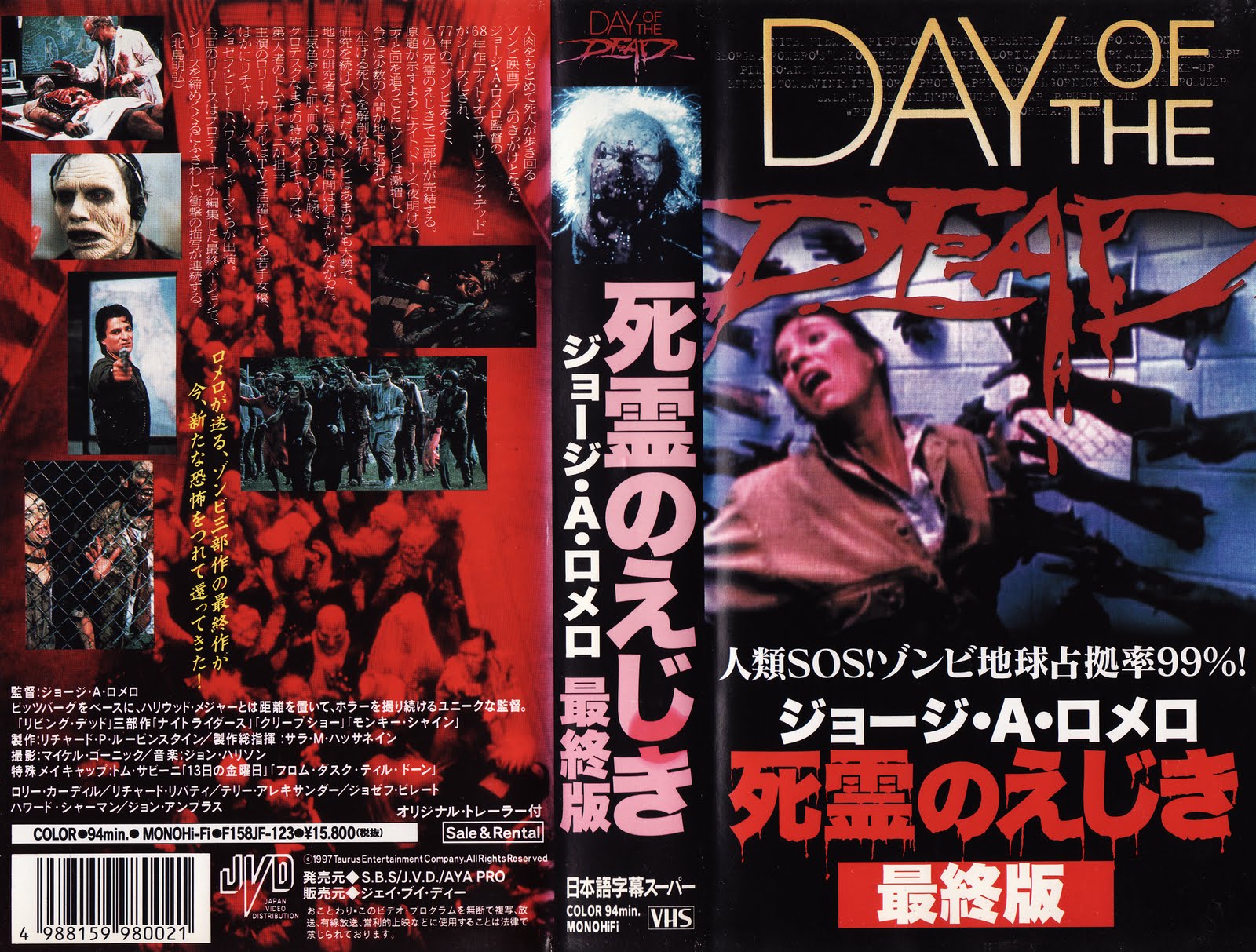 Day of the Dead, the third film in George A. Romero’s Dead series, being preceded by Night of the Living Dead (1968) and Dawn of the Dead (1978), was originally intended to be “the Gone with the Wind of zombie films”. 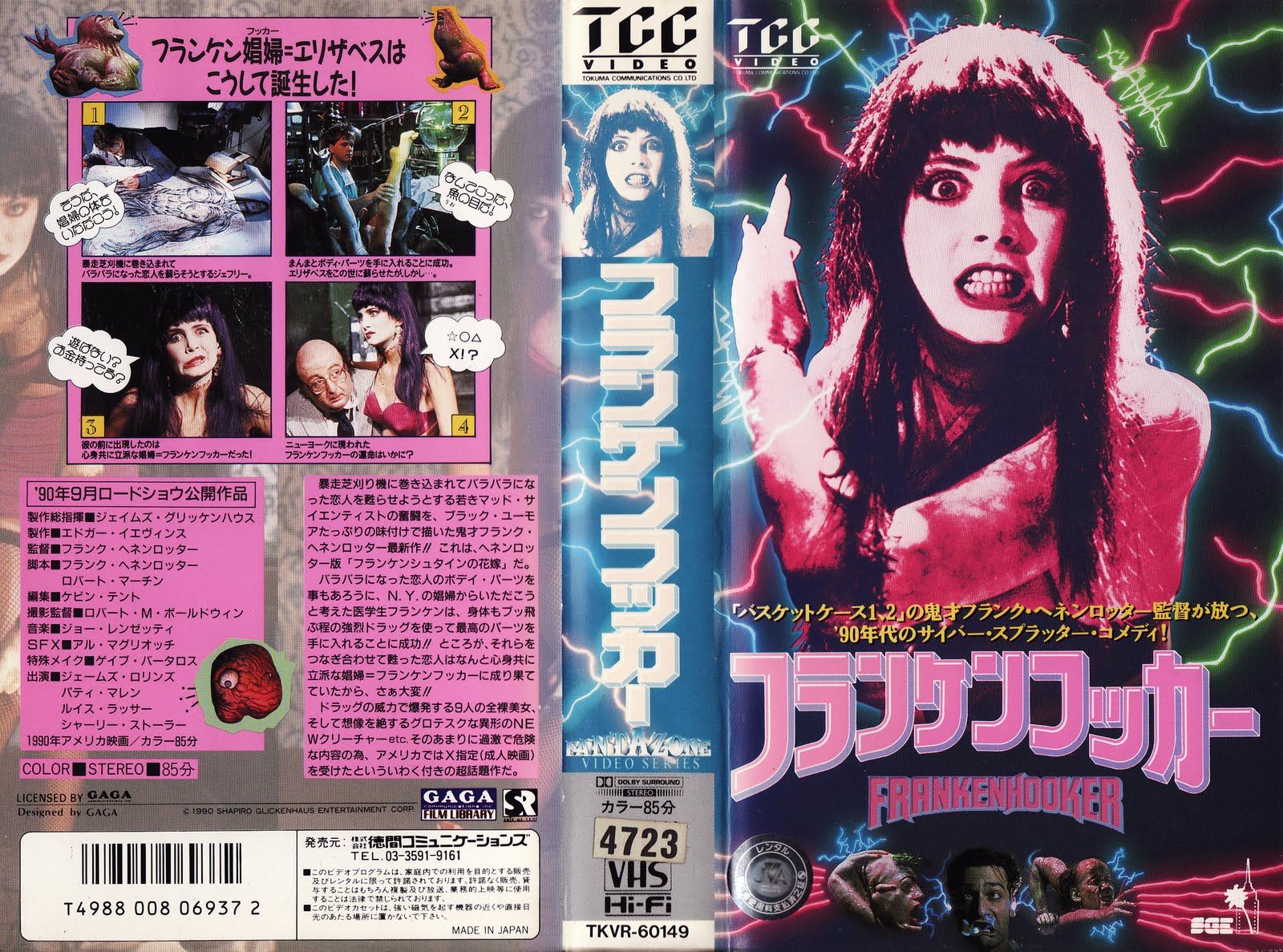 Frank Henenlotter’s 1990 black comedy Frankenhooker, very loosely inspired by Mary Shelley’s novel Frankenstein, had difficulty obtaining an R rating from the Motion Picture Association of America (MPAA). Henenlotter recalled that one representative of the MPAA said to the production company’s secretary in a phone call, “Congratulations, you’re the first film rated S.” To which she asked, “S? For sex?” And they replied, “No, S for shit.”