Will, a high school Mr. Popular wannabe, prepares his costume for the big Halloween party, and ponders on how to get noticed by his high school crush, Heather, whom he can’t stop thinking about. Meanwhile, his introverted ex- best friend, Russell, is at his isolated home deep in the boonies, playing a game of Dungeons and Dragons with his friends. To spice up the game, Russell chants a spell from a mysterious necromancer book that he found and accidentally raises undead creatures, referred to in the spellbook as “Revenants”.

After the party gets busted by the cops, Will becomes desperate to keep the night going and earn his crush’s affection, and, knowing that Russell’s parent’s are never home, tells everyone to continue the party at Russell’s place – a huge house in the middle of the woods, with no neighbours and worst of all, no cell phone service. Will tells Russell what he has done, and Russell is furious, but after Russell’s secret crush, Angie (an angsty hipster who’s not afraid to speak her mind) shows up, he allows the party to go on, only to be crashed later by four revenants who relentlessly slaughter party patrons with their weapons of death. 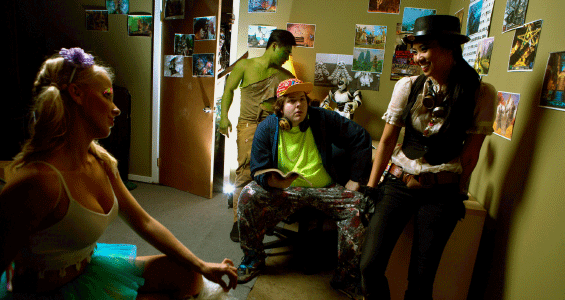 Isolated from help, surrounded by danger, Will must team up with Russell, Heather and Angie for survival. Ill-equipped, underskilled, and anything but team players, this rag-tag group’s true colours come out. But before they can deal with death-dealing revenants, they’ll first need to deal with each other.

Party Slashers is being funded through the global crowdfunding platform Kickstarter. Director Carl Bachmann and his cast and crew have filmed a test scene to help fund Party Slashers and are ready to make this movie a reality. All they need now are funds. The crowdfunding campaign began in October 2014 and will last for the remainder of the month. Crowdfunding gives the filmmakers the chance to directly connect with their audience and, as with most Kickstarter campaigns, backing the project will be rewarded. The filmmakers are offering you the opportunity to get a signed copy of the DVD once released, have your picture featured in a custom ‘grindhouse’ styled movie poster, name a character in the movie (and then watch them die on screen!) or to be a part of the Party Slashers cast yourself and get decapitated! 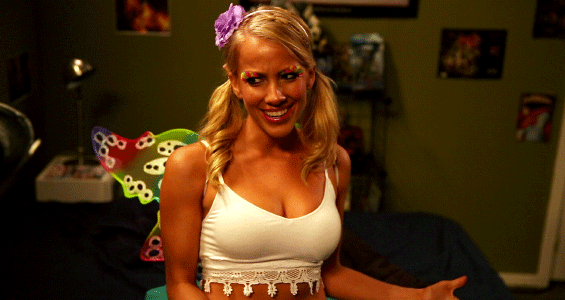 If the horror/comedy concept of a group of high schoolers teaming up to survive a Halloween party crashed by undead mass murderers (whom were accidentally summoned during a Dungeons & Dragons game) grabs your attention then Party Slashers deserves your support.

“Guys, this is stupid…I trained for personal growth, not for kicking people’s asses!”

Support Party Slashers!; and be sure to share their Kickstarter campaign via social media. Your support is most appreciated.