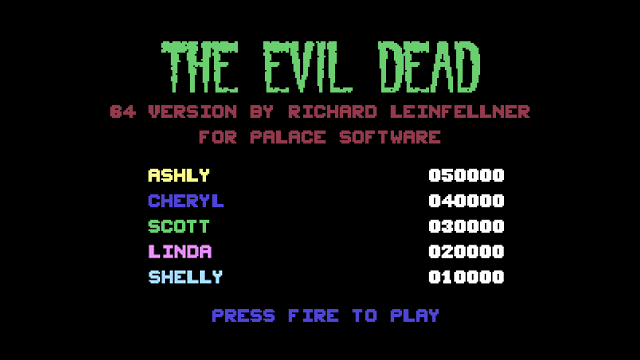 Published by Palace Software. Adapted from the 1981 film The Evil Dead, directed by Sam Raimi. 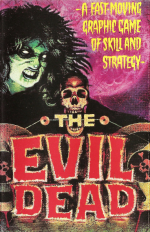 Coded by Richard Leinfellner for Palace Software and released on the Commodore 64 in 1984, The Evil Dead is an adventure game based on Sam Raimi’s 1981 horror film of the same name.

Utilising a top-down perspective The Evil Dead is set within the isolated cabin where unknowingly and unwittingly the group have unleashed a hoard of Kandarian demonic spirits unto the world of the living. The player takes on the role of Ash, the films’ lead protagonist, who must score enough points in an attempt to protect the group from demonic possession. Unfortunately for the player Kandarian spirits break open windows to get inside the cabin with the intention of processing Linda, Cheryl, Shelly and Scott, ultimately turning them into deadites, and thus your enemies. So it is up to the player to keep all windows closed at all times. 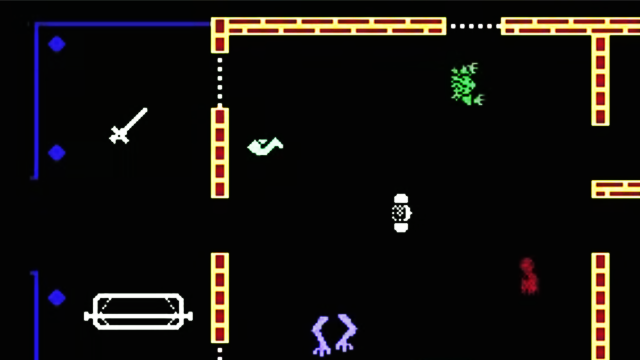 Fearing now that the only way to stop those possessed by the spirits of the book is through the act of bodily dismemberment Ash will need to utilise various weapons available for a limited time, including an axe, a shovel and the Kandarian dagger. Unfortunately Ash’s health slowly diminishes with every attack, every defensive manoeuvre and every footstep. The only chance Ash has to survive the night is to collect enough points through the act of bodily dismemberment to obtain ‘The Book of the Dead’ and destroy it to conclude this ultimate experience in grueling horror.

Whilst simplistic in it’s execution The Evil Dead is an early example of the survival horror sub-genre, an adventure game of ‘skill and strategy’, that will satisfy any fan of Sam Raimi’s cult classic.