The 1970’s were considered a golden age for exploitation in cinema, with a plethora of releases reaching drive-in’s, grindhouses, and even the mainstream. To compile a list of my favourite exploitation films from this decade would not have been an easy task. I have therefore decided to focus on one particular year; 1978.

Many controversial, but equally successful, exploitation films were released in 1978. Four out of the five films I have listed here were added to the Director of Public Prosecutions (DPP) list of ‘video nasties’ in the 1980’s, effectively banning them from distribution in the United Kingdom for more than a decade.

Exploitation films are more relevant to the development of cinema than any other genre, because they persisted to push the boundaries of creativity (and good taste). So now, without further ado, I present 5 Essential Exploitation Films of 1978. 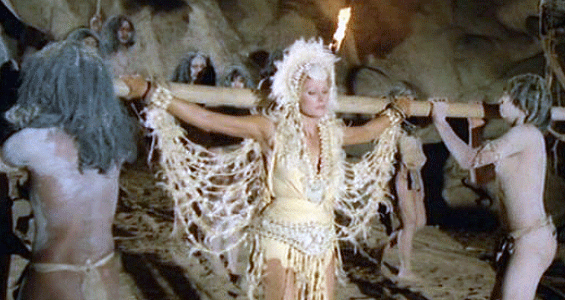 In search of her missing anthropologist husband in the jungles of New Guinea, Susan Stevenson (Ursula Andress) enlists the help of Professor Edward Foster (Stacy Keach), who believes that her husband might have headed for the mountain Ra Ra Me. Translated as Mountain of the Cannibal God, Ra Ra Me is located just off the coast on the island of Roka, and believe to be cursed.

Unfortunately for Susan, Edward, and her brother Arthur (Antonio Marsina) who accompanies them both on their expedition, the curse takes on a psychical form; a savage and cannibalistic tribe.

The Mountain of the Cannibal God (1978) is available on DVD (Region 1) from Amazon.co.uk 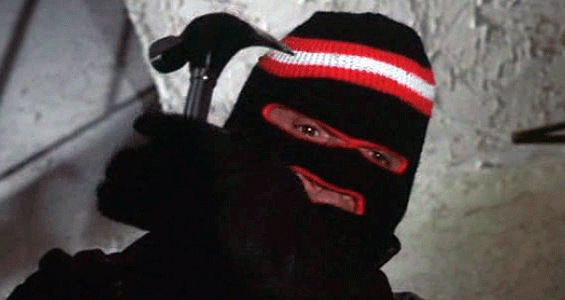 Driving through the streets of Los Angeles, listening to religious programming on the car radio, a man (his face not yet revealed to the audience) flashbacks to a car crash that occurred on the same route he is taking. A young girl’s lifeless body falls from the passenger door of the car wreck and is pronounced dead at the scene shortly afterwards.

Arriving at an apartment complex the man leaves his car, takes a toolbox from his trunk and heads towards one of the apartments. What would happen next would be forever known as The Toolbox Murders…

To divulge too much information about the plot would be detrimental to first time viewers. The first half hour of The Toolbox Murders is brutal in it’s depiction of violence…and then the film switches gears, with the murderer (now revealed) quickly becoming the focus of story, forcing the audience to understand and sympathize with his intentions, no matter how depraved they may be!

Dennis Donnelly’s The Toolbox Murders was marketed as being a dramatization of a true story and added to the DPP list of ‘video nasties’ in 1983, but was not prosecuted. Despite this the film would remain unavailable in the country until it finally saw a censored release in 2000. At the time of writing The Toolbox Murders has yet to be released uncut in the United Kingdom.

A remake was released in 2004 directed by Tobe Hooper, retitled simply as Toolbox Murders. The remake was then followed be a prequel in 2013 entitled Coffin Baby, directed by Dean C. Jones.

The Toolbox Murders (1978) is available on Blu-ray (Region ABC) from Amazon.co.uk 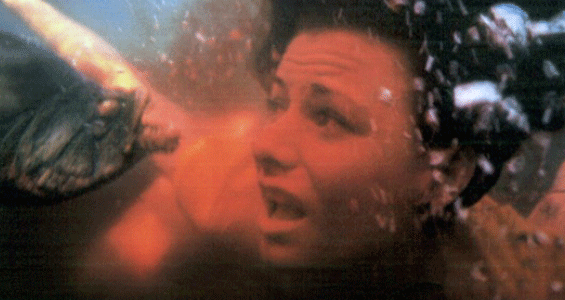 There is something strange in the water of Lost River Lake… The result of a defunct Vietnam War project codenamed; Operation: Razorteeth. A team of scientists were tasked with engineering a ravenous strain of Piranha, able to endure the cold water of the North Vietnamese rivers, but when the war ended the project was shut down.

In an effort to salvage his work, lead scientist Dr. Robert Hoak (Kevin McCarthy) kept and tended to the last remaining genetically altered Piranha at an abandoned military installation near Lost River Lake, previously used as a fish hatchery before it was militarised. One flaw however presents itself; If ever the drainage system was to be activated, accidentally or otherwise, the school of Piranha would be released into Lost River Lake, compromising the safety of the children at the Lost River summer camp and water park…

Joe Dante’s Piranha would exploit the basic formula of Steven Spielberg’s 1975 horror film Jaws to create a movie that never took itself too seriously and would become a cult classic. Spielberg himself called Piranha “the best of the Jaws ripoffs”.

Piranha is available uncut in the United Kingdom.

Piranha (1978) is available on Blu-ray (Region B) from Amazon.co.uk 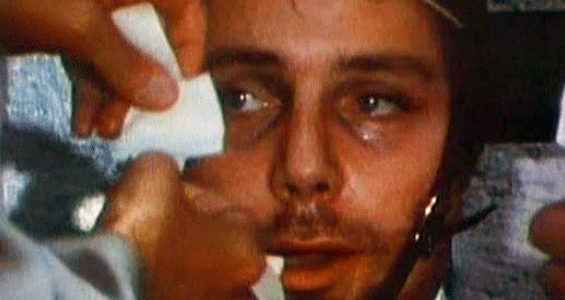 The Original Faces of Death, as it would later be known as, is a controversial pseudo-documentary on death, narrated by fictional ‘creative consultant’ Dr. Frances B. Gröss (Michael Carr). Faces of Death contains real stock footage of accidents, suicides, autopsies, and executions. However, when the stock footage was unable to tell the entire story, the filmmakers created scenes of staged violence, editing it together to create a coherent narrative.

Faces of Death (1978) is available on Blu-ray (Region A) from Amazon.co.uk 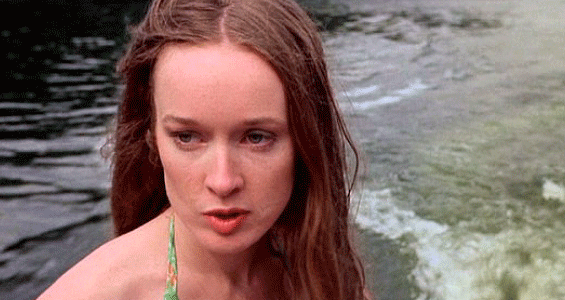 Meir Zarchi’s I Spit on Your Grave is a controversial entry in the rape and revenge subgenre of exploitation cinema. Writer Jennifer Hills (Camille Keaton) decides to rent a lakeside cottage in the woods so she can isolate herself and concentrate on her debut novel. Her arrival, however, attracts the unwanted attention of Johnny (Eron Tabor) and his friends who abduct Jennifer and proceed to rape her in a series of brutal and unwarranted attacks, eventually leaving her in an unconscious state.

But when Jennifer recovers she will systematically hunt down each of the men who humiliated and hurt her, leaving them broken beyond recognition…and no jury in America would ever convict her!

Originally titled Day of the Woman, Meir Zarchi self distributed the film until 1980 when it was picked up for distribution by the Jerry Gross Organization on the condition that Day of the Woman could be retitled for it’s re-release. Under the title I Spit on Your Grave, the film was added to the DPP list of ‘video nasties’ in 1983 and prosecuted in the United Kingdom under the Obscene Publications Act. I Spit on Your Grave would remain unavailable in the country until it finally saw a censored release in 2001. I Spit on Your Grave has yet to be released uncut in the United Kingdom at the time of writing.

I Spit on Your Grave (1978) is available on Blu-ray (Region A) from Amazon.co.uk

5 Essential Exploitation Films of 1978 was written and compiled by Ken Wynne.

“Their cult was death… Their lust was for blood!”