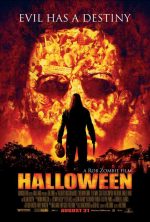 John Carpenter’s Halloween is the most original, iconic and profitable independent horror film ever made. Produced on a budget of $325,000 and released in 1978, Halloween grossed over $70,000,000 worldwide and has become a widely influential film within the horror genre.

In 2006, 28 years after John Carpenter had popularised the slasher sub-genre, Rob Zombie approached Carpenter to inform him of his intention to remake Halloween. Carpenter’s reply was for Zombie to ‘make it his own’. Written, directed and produced by Rob Zombie, and released in 2007, this ‘reimagining’ of Halloween broke box office records and grossed over $80,000,000 worldwide despite mixed reviews. In film, the term ‘reimagining’ is used to describe a remake that does not closely follow the original storyline.

In Haddonfield, Illinois, on All Hallows’ Eve ten-year-old Michael Myers (Daeg Faerch) successfully murdered four victims, including his older sister, in an attack attributed to his troubled childhood. During Michael’s trial he is found guilty of first degree murder and sent to Smith’s Grove – Warren County Sanitarium. Now under the care of child psychologist Dr. Samuel Loomis (Malcolm McDowell), Michael is initially cooperative, although he claims he has no memory of the murders he has committed. 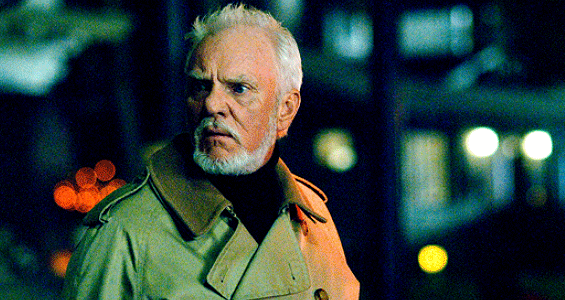 As the years pass Michael becomes increasingly unresponsive, refusing to acknowledge Dr. Loomis’ questions and closing himself off from the other patients. His mother, Deborah Myers (Sheri Moon Zombie) visits Michael regularly, but is also ignored by her son, leaving Deborah feeling isolated. When Michael grabs a fork and stabs a nurse as Deborah is leaving from one of her visits to the sanitarium, she can no longer unable to cope with the depression, anxiety and fear her son has left her. It is discovered soon afterward that Deborah Myers had committed suicide.

Micheal, now an adult, no longer responds to anyone and is kept in isolation whilst Dr. Loomis, in an attempt to move forward with his life, closes Michael’s case. As Michael is prepared to be transferred to a maximum security prison, he murders the sanitarium employees who attempt to escort him and escapes Smith’s Grove. Having been alerted to Michael’s escape Dr. Loomis heads to Haddonfield, knowing what Michael plans to do. Micheal Myers has another sister… 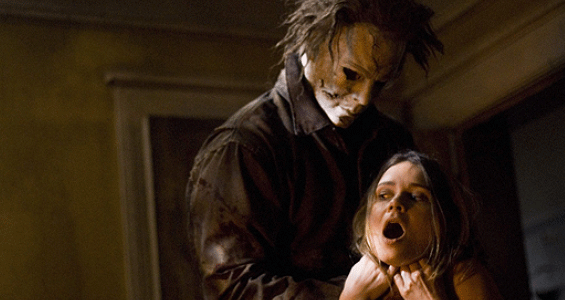 Two memorable taglines used during the marketing of Rob Zombie’s Halloween were: “The Face Behind the Mask” and “Evil Has a Destiny”. The primary antagonist in the original 1978 film is characterized as pure evil. A monster with a taste for blood and an unhealthy obsession with his sibling. Rob Zombie’s Halloween was developed as both a prequel and a remake with Zombie attempting to infuse new blood into the Myers mythos, creating a more human character, and in the process ignore all the supernatural elements that were littered throughout the original film series. Rob Zombie had given Michael Myers a soul…

If you put all comparisons to John Carpenter’s Halloween aside, Rob Zombie has done an admirable job of trying to demystify the boogeyman. Micheal Myers is not the embodiment of pure evil, but rather a troubled and misguided soul whose self-induced isolation leads him on a killing-spree on Halloween night. Sometimes the most terrifying monsters are the people you know.

“Inside every one us, there exists a dark side. Most people rise above it, but some are consumed by it. Until there is nothing left, but pure evil.”