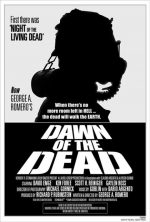 It’s sort of ironic. In the late seventies, Romero scorned mindless consumerism in Dawn of the Dead by having his zombies putter around aimlessly in a shopping mall. Now, the zombie thing has become such a cash crop, that we see everything from ammunition marketed for the zombie apocalypse, to “zombie pub crawls” being promoted in various cities…it’s gotten to be a bit much.

For all the goofy gimmickry out there, though, Romero has inspired a few great films, some which have approached the subject matter in a more self-reflexive, humorous way, some that have attempted to make social commentary through zombie lore, and some who have managed to straddle that line between the two.

Here is a look at the top five zombie films that are, in one way or another derivative of George A. Romero’s work. Bon apetit! 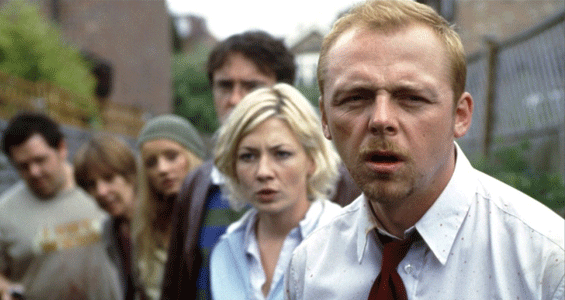 “There is no ‘I’ in team.”But there is an ‘I’ in English writer/filmmaker Edgar Wright, who brought together his cohorts Simon Pegg (who stars as the film’s titular Shaun) and Nick Frost (who plays Shaun’s dimwitted but loveable friend Ed) to pay tribute to Romero’s classic zombie films. In this film, Shaun is a thirty something English slacker in a dead-end job in an electronics shop who loses his girlfriend when she determines that he has no prospects and no ambitions. Shaun becomes something of a heroic figure in the face of the zombie apocalypse, and in one the film’s most memorable scenes he takes the zombies out by whipping his least favorite records at them. Romero was apparently so charmed by the film, that he cast Pegg and Frost to play a cameo as zombies in Land of the Dead (2005).

Shaun of the Dead (2004) is available on Blu-ray (Region B) from Amazon.co.uk 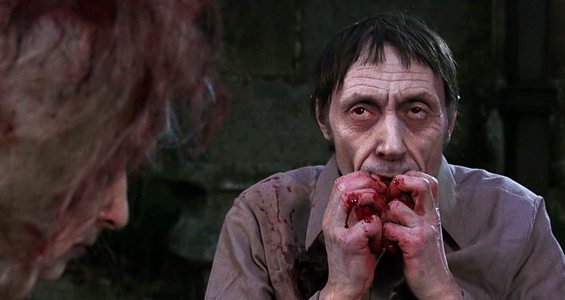 4. Let Sleeping Corpses Lie (1974), aka The Living Dead at the Manchester Morgue

Jorge Grau’s excellent, and all too frequently overlooked, Italian zombie classic offers its own ham-fisted, ecologically conscious political commentary. In the film, exterminators are experimenting with sonic radiation to kill insects in the ground. Little do they realize that the radiation (in that terrific, Night of the Living Dead tradition) is effectively re-animating freshly dead corpses! While the pseudo-science behind the story is dubious at best, the film does feature excellent special effects.
Certificate 18 (UK) / R (USA)

The Living Dead at the Manchester Morgue (1974) is available on DVD (Region 2) from Amazon.co.uk 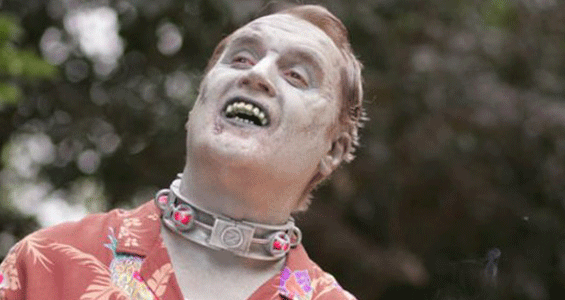 This hilarious Canadian spoof from director Andrew Currie looks at a small Beaver Cleaver-esque community in the United States in the fifties, where zombies have been domesticated and serve as pets. Think Lassie, but in place of the border-collie, you have a zombie. The film also successfully evokes Douglas Sirk melodramas, such as All that Heaven Allows (1955). While the film’s theatrical run in the United States left a touch to be desired, it did perform respectfully in the home rental market market, and it’s also a popular streaming option. 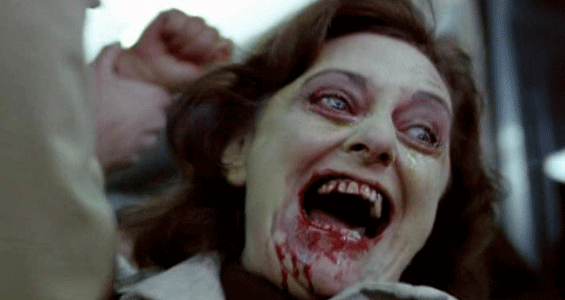 Although the word “zombie” isn’t uttered a single time (and indeed, it isn’t in many Romero zombie films), the film does largely play with the urban contagion narrative format that Romero largely pioneered. The film features adult film star Marilyn Chambers as a woman who contracts rabies after a botched operation to treat her wounds from a motorcycle crash. The result turns out to be a bizarre phallic stinger that emerges from a hole in her arm.

The film plays with putting Chambers in scenarios where we would expect the woman to be victimized, but it inverts this, by having Chambers kill her pursuers with her phallic weapon. After the incubation period, her victims begin foaming at the mouth and biting strangers. Largely thought to be a metaphor for the demoralizing effects of the commodification of sex, the film is perhaps the finest that David Cronenberg released in the seventies. 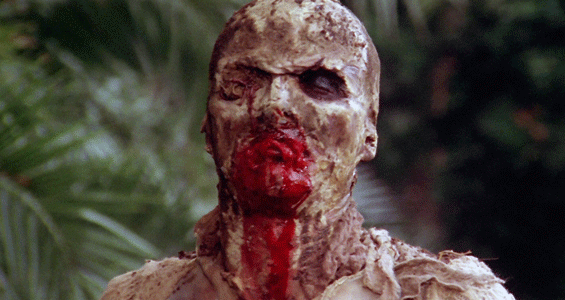 Of all of Romero’s whacky Italian emulators, Lucio Fulci was easily the best. Released as an unofficial sequel to Romero’s Dawn of the Dead, Zombi 2 tells the story of a zombie infested ship which floats into a New York harbor. Shortly thereafter, the zombie pandemic has spread all throughout New York City.

The most memorable scene? Shark vs. Zombie!

Zombie Flesh Eaters (1979) is available on Blu-ray (Region B) from Amazon.co.uk

“When there’s no more room in hell, the dead will walk the earth!”