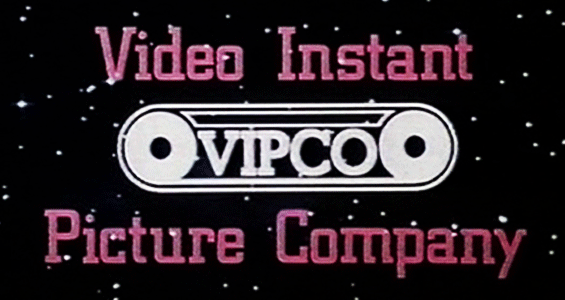 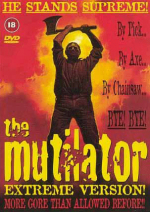 This competition is NOW CLOSED.

Founded by Mike Lee in the late seventies, VIPCO (Video Instant Picture Company) was notable for providing the British home video market with releases of cult horror movies such as The Driller Killer (1979), Zombie Flesh Eaters (1979) and The Mutilator; a 1985 cult horror film written, directed, and produced by Buddy Cooper, and co-directed by John S. Douglass.

“I’ve got a bad feeling about this!”

This spine-tingling chiller is the harrowing tale of five high-school students whose dream vacation of a fun-filled holiday at the beach becomes a nightmare when they are stalked by The Mutilator.

Ed, a likable high-school student busily discusses vacation plans with his friends when he retrieves a message from his father asking that he close up the summer house at the beach. While his friends feel that it’s the perfect opportunity for a vacation, Ed is uneasy about the request, as his father has never quite forgiven him for the accidental shooting of his mother.

When the group arrives at the summer house they discover Ed’s father’s collection of bizarre weapons. To add to their anxieties there is the ever-present feeling that they are being watched. Suddenly, Ed’s house guests begin to meet bizarre deaths, each one more grisly than the next, but The Mutilator is saving the best for last…the best for Ed!

When VIPCO first released The Mutilator on VHS in 1993 a total of 26 seconds were cut by the BBFC (British Board of Film Classification). VIPCO, however would later resubmit The Mutilator to the BBFC in 2000, as it prepared the film for it’s DVD release. This release was dubbed by VIPCO as the EXTREME VERSION! “More gore than allowed before!” Unfortunately the release was still cut by the BBFC; who shaved a total of 7 seconds from the running time.

VIPCO closed in 2007 after 28 years in business. The Mutilator is now OOP (out of print) in the United Kingdom and has yet to see another release at present. I have a copy of The Mutilator, taken from my own personal collection, that I will be giving away in this competition. I genuinely love Buddy Cooper’s The Mutilator, and I believe those of you who haven’t seen the film will too.

So how do you go about winning this old copy of The Mutilator? Well it’s easy; all you have to do is enter the phrase below in the comments section at the bottom of the page. After the closing date #AFPB will randomly select a winner; who will be notified by email. But what is the phrase that pays?

Good luck, and if you do win please don’t forget to let us know what you thought of The Mutilator here at Attack From Planet B!

Terms and conditions:
The closing date of the competition is Friday 25th July 20:00 GMT.
All entrants must include the entire phrase above in their comment.
All entrants must supply a valid email address. This will not be published.
Only ONE entrant is allowed to participate per valid email address.
Attack From Planet B has the right to remove entrants if any of the above terms and conditions have not been followed.
Please remember… Attack From Planet B has the final word!

This competition is being run by Attack From Planet B and has no connection to the now defunct VIPCO (Video Instant Picture Company).