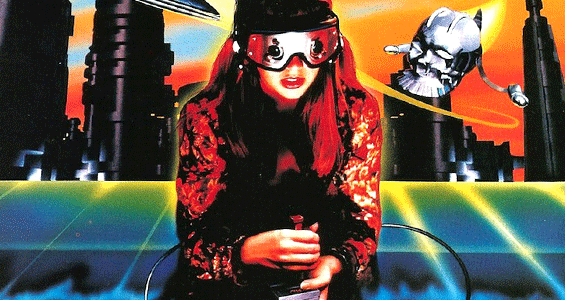 Directed by Albert Pyun, and released in 1993 by Full Moon Entertainment, Arcade is a science fiction horror movie centred around a virtual reality arcade machine which challenges it’s players to win…or lose your own sense of reality!

Struggling to deal with the unfortunate circumstances surrounding the suicide of her mother, along with the depression the event has brought upon her father, teenager Alex Manning (Megan Ward) receives school counselling in an effort to deal her her own feelings. In an attempt to try and relax she, along with a group of friends (including a young Seth Green), decide to visit the local video arcade “Dante’s Inferno” for the launch of a new virtual reality experience.

Vertigo Tronics have installed a virtual reality arcade machine known as “Arcade” solely in “Dante’s Inferno” in order to test market this new technology to a wide audience. You see, “Arcade” is different in the way it reacts. It’s artificial intelligence responds in the same way as a human would, so each time you play “Arcade” it changes it’s strategy. It learns and adapts! 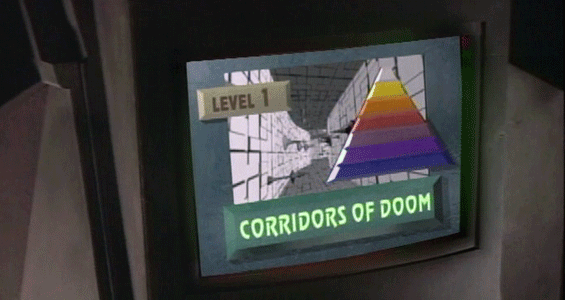 As Vertigo Tronics’ Difford (John de Lancie) quickly mentions to his target audience; “When we said reality would never be the same…we weren’t kidding.” There are seven levels; each one is a different layer of the “Arcade” universe. It’s therefore fitting that the first choice of venue to install “Arcade” would be “Dante’s Inferno”.

Nick (Peter Billingsley) is quick to boast of his video gaming skills, but is just as quickly defeated once he enters the first level; “Corridors of Doom”. Game Over! The experience is unlike any other Nick has experienced and he quickly urges the others to try out “Arcade”. Alex’s boyfriend Greg (Bryan Dattilo) is next!

As Greg enters “Arcade” Difford invites the kids to join him in the next room for an announcement. “Arcade” is scheduled to be released within a month or two, and therefore still requires some fine tuning. This is why Vertigo Tronics will be providing home versions of “Arcade” free of charge. The only requirement? Fill out a marketing questionnaire and bring it back. Sounds great right? But when Alex returns to the virtual reality arcade machine Greg is nowhere to be found… 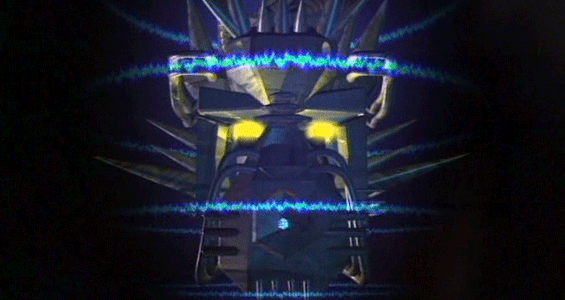 Written by Charles Band and David S. Goyer, known later for the Blade series of Marvel Comics feature films, Arcade is an interesting movie that predates the much (much) larger budgeted Stephen King adaption The Lawnmower Man (1992); despite Arcade’s later release in 1993.

Initially Full Moon Entertainment had intended to release Arcade in 1991 straight to video, but Albert Pyun and Charles Band were both unhappy with how the computer generated imagery turned out. The CGI was therefore re-produced, resulting in Arcade’s release being held back until 1993. Interestingly enough the initial video release of Arcade included VideoZone, an innovative behind-the-scenes featurette that was introduced in 1991. This edition of VideoZone, included on the 88 Films DVD release as a special feature, included many elements of the initial computer generated imagery that would later be scrapped. 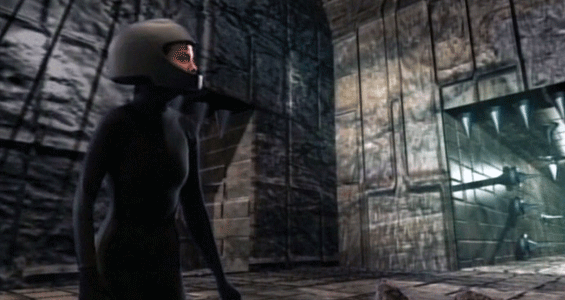 Despite it’s now dated CGI, Albert Pyun’s Arcade oozes with charm, and also takes a dark, but equally bizarre turn when Alex and Nick discover just how the artificial intelligence of “Arcade” was programmed/created. Watching it again brought back feelings of nostalgia for the 1990’s; a decade that consisted of dark adventurous television programs that heavily utilised CGI, like the Canadian produced ReBoot (1994-2000) and the quintessentially British Knightmare (1987-1994).