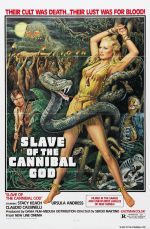 In search of her missing anthropologist husband in the jungles of New Guinea, Susan Stevenson (Ursula Andress), and enlists the help of Professor Edward Foster (Stacy Keach), who believes that her husband might have headed for the mountain Ra Ra Me. Translated as Mountain of the Cannibal God, Ra Ra Me is located just off the coast on the island of Roka, believed to be cursed by the locals. A curse that takes on the psychical form of a savage and cannibalistic tribe.

Accompanying Professor Foster and Susan on their expedition is Susan’s brother Arthur (Antonio Marsina). Susan and Arthur honestly don’t care about what happened to Susan’s husband… They care only about where the uranium deposits can be found that he stumbled upon, and mentioned to Susan, before his disappearance. Professor Foster, on the other hand, was taken captive by the cannibalistic tribe on the mountain Ra Ra Me a few years earlier, and is now out for revenge! 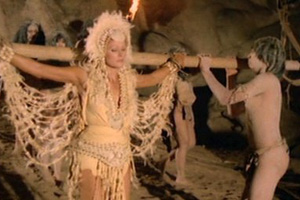 Sergio Martino’s The Mountain of the Cannibal God is a welcome addition to the Italian cannibal sub-genre that dominated the late 1970’s and early 1980’s. The tension between the characters as they battle terrain, deadly animals and encounter odd superstitious customs is a testament to the acting prowess of both Ursula Andress and Stacy Keach. However, please be aware that the uncut European print was notorious for it’s real depiction of gratuitous animal violence. A trend that was unfortunately followed with the release of Ruggero Deodato’s Cannibal Holocaust (1980) and Umberto Lenzi’s Cannibal Ferox (1981). 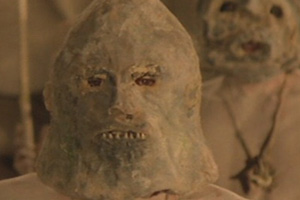