One thing that seems to be missing from both mainstream action films and DTV action features is the lack of existentialism. You’d be forgiven for thinking that this particular theme shouldn’t be present in an action film (of all things) – strange thing is that after watching Universal Soldier: Day of Reckoning you might want it to be a prerequisite in all future DTV action films.

After the back-to-basics violence and action of Universal Soldier: Regeneration (which received fan acclaim), director John Hyams has decided to up psychological aspect as well as the brutality on show. Although for the die-hard action fans (or those that enjoy a cheesy DTV feature) they might be a little taken aback, as this is visually stunning piece of genre entertainment that will take some getting used to. 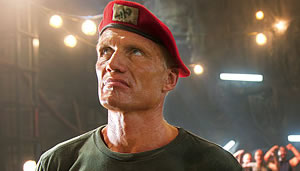 This time round we have a new protagonist in the form of amnesiac John, who after 9 months in a comma (following an aggressively violent home invasion) is looking to extract revenge on Luc Deveraux (a forlorn but impressive Van Damme). With the help of a local stripper, John must find out the truth about what happened to him and avenge his slain family.

So far so standard B-Movie preposterousness, but it has an added wild card; its more a physiological horror then it is an action in terms of narrative. Those looking for the campy excess of the original or the simplicity of the previous entry will be disappointed, as this is by far one of the best Universal Soldier entries so far. 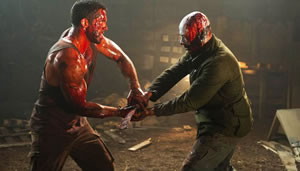 Admittedly certain visual aesthetics (such as the strobe lighting effects) do take a bit of getting used to and can become somewhat districting on first viewing. Thankfully these instances aren’t plentiful and they never distract from the un-sanitised violence that ensues throughout.

If you’re a gore hound that likes their action rare and bloody, well you’ll be in for a treat. Viewers bored of their beloved franchises being dumbed down for a younger market (for example Die Hard) will be awestruck by the sheer level of destruction on show here. This film will have you wincing more then The Raid with its aggression. 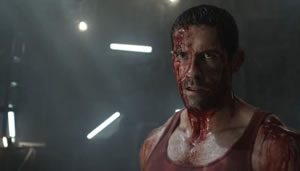 Bullets penetrate flesh, limbs are hacked off in all their bloody glory and bodies hit the ground in painful agony. It almost verges into horror film territory at times with its moments of Grand Guignol; the stripper club shootout and the final base attack stand out.

Fans of the series might also be underwhelmed by the lack of screen time, from both Van Damme and Lundgren. But then sometimes a little does go a long way; such is the case with the always-amiable Lundgren with his minimal screen presence still managing to pack a wallop (especially more then his Expendable

inclusions). While Van Damme here has even less to do then before, acting more as teacher and leader to a new generation of Unisols. His final fight with Adkins is psychological more then physical. 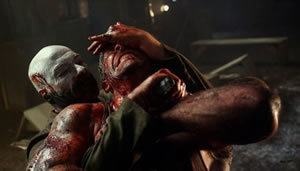 Being the fourth (official) film in the series, it’s not without its faults. For instance some of the pacing feels a little off (it runs about 10 minutes too long) and the lead up to the final reveal is a tad convoluted for its own good. Thankfully these are all minor miss-steps as the narrative moves at a brisk enough momentum. It’s also, rather surprisingly, low on action at times. When the moments of gratuitous violence do hit, they hit with an almost blunt force trauma.

In the end is it really genre defining? Not particularly. Is it a curiously bizarre action film pushed to the edge of insanity? Most certainly and for that it should be commended, as it dares to move aware from the norm by giving viewers a more cerebral experience. It won’t be to all tastes, but for those willing to try something a little different, they will find themselves rewarded.

Extras are minimal on the ground here, sticking to a handful of mildly interesting interviews and a trailer. Those expecting more detail on the shooting of some of the more memorable scenes will be dissatisfied with the lack of detail. At the end of the day this will be a film you’ll want to revisit and find more out during each viewing. It will most certainly stay with you and for that we commend you Mr.