A treasure-trove of strangeness awaits viewers in Lisa and the Devil (along with its re-edited American version, House of Exorcism) the second of Arrow Video’s Mario Bava releases this month. Containing the same nightmarish,dreamlike narrative that punctuates through Bava’s later work – Lisa and the Devil is a surrealistic feast of bizarre perversion.

Like all of Bava’s cinematic output, each shot is beautifully composed with bursts of vivid colours and textures. Bava’s films might be a case of style over substance for some, but it’s hard not to dispute that his technical understand of compositions and filmic tableaux, is right up there with the likes of Antonioni and Pasolini. 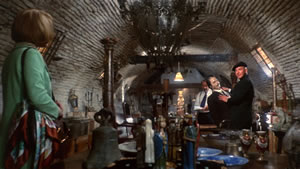 When visiting Spain, tourist Lisa Rainer (Played with an otherworldly presence by Elke Sommer) decides to wander away from her tour group to explore a local cathedral. Without being aware she bumps into a gentleman called Leandro (played by the legendary Telly Savalas). Strangely Leandro resembles the portrait of the devil in one of the cathedrals wall murals she has just seen.

Panicked and unable locate the tour group again; she takes refuge in a crumbling mansion. The very same mansion owned by the blind Countess (played by the always impressive Alida Valli), where Leandro is also the butler who may well be up to no good.

It also seems that the Countess son is drawn to Lisa, with her physical resemblance to his long dead lover. Much like the best Agatha Christie stories, people begin to inexplicably die off in the mansion as the killer prowls the hallways. As the killer continues to whittle the visitors down, Lisa begins to find that she is tumbling down further down the rabbit hole. A nightmare she fears she might not be able to escape. 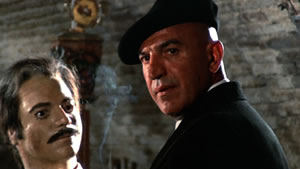 Though it might seem to some as a lazy B-Movie ‘who-done-it’, Lisa and the Devil (Lisa e il diavolo) feels more like a progenitor to Argento’s own Suspiria with its arresting visuals and surreal dreamlike qualities. It’s very much a beautiful and delirious nightmare – one that still continues to surprise on numerous revisits. Unfortunately those who have little patience for surrealistic or mildly confusing narratives will find little to enjoy with either versions of the film.

Also included on this disc is the re-cut US feature entitled House of Exorcism. Marketed to English speaking countries as a way to cash-in on the phenomenon of William Friedkin’s The Exorcist, this bizarre cut is mainly for those curious in seeing a mildly derivative Italian take on the possession sub-genre. Told in a series of flashbacks as Elke Sommer lies in a hospital ward, spewing abuse at a priest – along with the infamous pea green vomit.

House of Exorcism is a truly bizarre film to behold. While many Italian filmmakers were to plunder the cinematic depths of some of Hollywood’s more accessible hits, Bava still manages to escape unscathed from this new edit. Although it could easily been seen as a rip-off, it does hold a certain enigmatic quality about it. 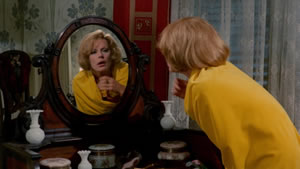 As stands it is still thankfully very much Bava’s style that impresses, with its focused zooms and impressive angles. To be included in this set is genuinely impressive and it’s most certainly worth a watch as a curious oddity.

Much like their release of Black Sunday, Arrow has once again produced a more focused and driven set which shies away from too many extras. What is given is both plentiful and informative – It seems as though Arrow and High Rising Productions are raising their level of quality.

One thing worth noting about this release is the picture quality. While not as wonderfully remastered as ZFE or BOB, this is possibly the best version available to fans of Bava. 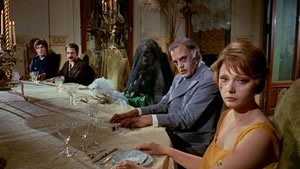 There is a healthy grain in places (particularly in the night time scenes), while the colours (as it was shot on Eastman stock) are full and far from being toned down. There are moments when flesh tones can seem a little warm, but this is a forgivable issue with it being such a niche title. It will certainly be hard to find a better print.

This can also be applied to the House of Exorcism print. It too is a vibrant master (tones are balanced well) with a little too much grain at times. But this only adds to the sleaze B-movie experience. As it stands both of these features are the best these they have ever looked – and are highly recommended for all Italian cinema fans. 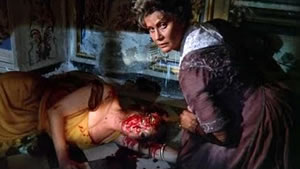 First extra up on the disc is an informative introduction to Lisa and the Devil (as well as House of Exorcism) from horror guru Alan Jones. His engrossing thoughts and respect for Bava, shine through its brief running time. Like Black Sunday’s disc, it’s just a shame there isn’t more of Jones presence.

Next up are two audio commentaries, one for each of the features. Lisa and the Devil once again has the anecdotal Bava historian, Tim Lucas, providing a fascinating listen with his insightful views on Bava’s masterpiece. The second commentary (this time for House of Exorcism) has producer Alfredo Leone and actress Elke Sommer discuss the rebranded cut for a new market. 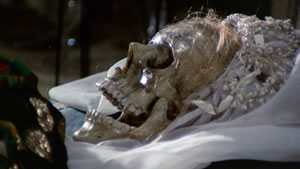 One extra to be of worthy mention is the documentary The Exorcism of Lisa. Here assistant director (and son) Lamberto Bava, Roy Bava, Roberto Natale (screenwriter) and Alberto Pezzotta (Bava’s biographer) discuss the making of both films. All four men provide a fascinating insight into the films history and legacy. The extra – taken from the Italian DVD release – also serves as a good comparison for the HD transfer of both films. It goes to show just how much
effort went into Arrow’s remastering.

Also included are; a deleted scene and a selection of trailers, which round of an educational package that any film history fan would appreciate. Unavailable for review was the collector’s booklet by Nightmare USA author Stephen Thrower, but it will be included in the final release.

If you were after a slice of surrealist supernatural horror, then you would be wise to pick up this release of underrated Bava classic (along with its strange re-edited version). This is quite possible the most complete and exhaustive version of Lisa and the Devil available for British fans. Do yourself a favour and indulge in a little bit of Italian madness.