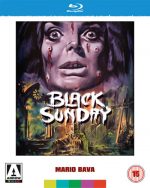 Known by many but seen by few, Mario Bava’s macabre gothic euro horror is finally hitting UK shores this February (from Arrow Video). This is the first time that Black Sunday (La maschera del demonio) has been available on either DVD or Blu-Ray in England, and the package looks like a set that has been crafted for the fans.

Starring the original horror scream queen; Barbara Steele and adapted (rather loosely) from the Nicolai Gogol short story Viy, this classic 1960s horror is not only wonderful cinema, but it makes most of Tim Burton’s filmic back-catalogue look kitsch and highly derivative. 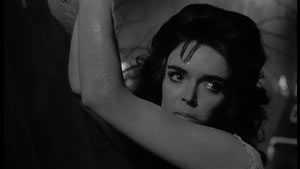 For those unfamiliar with this loose adaptation it focuses on Asa Vajda, a young woman who is put to death by her god-fearing brother for crimes against witchcraft in 1630. The sadistic opening torture sees Asa having a iron mask
filled with spikes hammered to her face. The screams of agony as the spikes pierce the flesh, is truly an unsettling sight to behold. Before she takes her last breath Asa puts a curse on her descendants – swearing to one day have vengeance for her demise.

Two centuries later while traveling to a conference in Russia, a pair of doctors breaks down in the middle of the Moldavian woods. While waiting for the cart to be repaired they explore the local ruins, happening upon the crypt where Asa’s disfigured body lays, perfectly preserved. 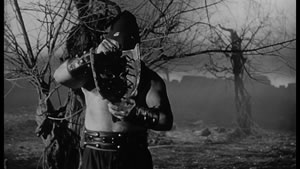 While defending themselves from a bat attack, Dr Kruvajan accidently smashes the glass pane preserving Asa’s body. Upon lifting up her mask of death, Kruvajan cuts his hand on the shattered pane, leading to blood splashing on Asa’s
corpse. Now awoken from her slumber Asa is hell-bent on reeking chaos and sets out to gain immortality by drinking the blood of her young descendent Katia (also played by Steele).

After a first viewing, it becomes clear that Bava has taken his stylistic cues from the very best Universal horrors of the 30’s and 40’s. Each lavishly crafted frame includes pinches of The Wolf Man here and dashes of Frankenstein there.
Regardless if this is viewed either Blu-Ray or DVD, the cinematography is still a piece of cinematic beauty that has lost none of its nightmarish quality.

One thing that is many will find hard not to discuss is Black Sunday’s genuinely chilling opening minutes. Its aforementioned torture Asa is a genuinely terrifying sight to behold. One can almost smell the fear coming off Steele’s performance as the executioner hammers the death mask to her face.

For the entire catalogue of current taste-breaking watershed that has come since, this sequence still carries the elements to shock and disturb with its period violence. It has become clear that this level of unease is hard to find and sorely
lacking within modern horror. Its ability to unsettle and hypnotising as the sequence continues is pure horror mastery.

It’s a testament to Bava’s skilful manipulation of the shadows and lighting that each moment continues to send shivers down the spine, some long after a viewing. The frames are filled with such a deadly beauty that it invokes a feeling
of Poe-esque tableaux’. Steele is also a genuinely terrifying presence throughout, as both Asa and her descendent Katia. As Asa her high cheekbones, wide-eyed death stare and punctured features is enough to reduce any man to jelly (either
through terror or fascination).

Without too many spoilers, the final act (and reveal of Asa’s body) is the stuff gothic nightmares are made of. Its easy to see why this became the go-to stylistic template for future horror directors. It Is without a doubt one of the spaghetti
splatter classics – if you have yet to see this wonderful beast there is no better time to indulge in some of Bava’s consummate brilliance. 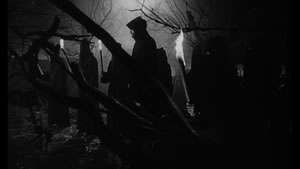 Unlike their previous release (Zombie Flesh Eaters) Arrow have kept the extras to a minimum on this release, and what a truly fantastic minimum it is. Not only is the original Black Sunday featured (in all its uncut glory), but fans also get the
alternative ‘American’ cut; Mask Of Satan.

Although Black Sunday is the definitive edition of this classic, the alternative cut is an interesting addition for posterity’s sake. While the inclusion of a more American horror score (tonally similar to the Universal classics) is an inspired
touch, making for a strangely different feature.

Fans of Arrow’s previous release of Bay Of Blood (aka Twitch Of The Death Nerve) will be pleased to find another of Critic, Tim Lucas’s commentaries present on the disc. Once again Lucas monotone but informative chat track is strangely engaging and certainly worth a listen.

One recommended extra would be from horror critic extraordinaire, Alan Jones as he introduces the film and little of the history behind it. It’s almost sad that Jones isn’t present more on the disc as he is always a welcome addition to genre
releases. 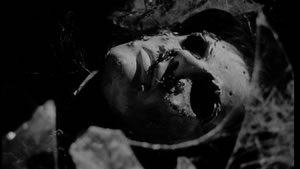 Next up is an interview with Barbara Steele, which rather bizarrely has the actress speaking entirely in Italian throughout. As strange as that might first seem, the information given is still fascinating as she goes into detail about her
duel role of the frightened female and dominant witch.

Possibly the greatest extra to be included in this set has to be I,Vampiri , Italy’s first sound era horror feature directed by Riccardo Freda and Mario Bava. For Arrow to include this on the set is a true masterstroke. This genre defining euro
horror – while rough around the edges, is still a treat for fans of Bava’s later work and a curious example in early spaghetti terror. Just for the inclusion of I,Vampiri alone this release is worth picking up.

Finally the package is rounded off with a deleted scene and a intriguing collection of vintage trailers. All in all minimal features but worth the price alone for two pieces of euro horror that need to be put into any horror fans collection.

With the horror as near to perfect as you can get; Black Sunday is essential viewing for fans of gothic horror or euro frighteners. At no point does it ever deviate into kitsch or cheese; rather this remains a dark and disturbing horror
that will continue to give you nightmares. Highly recommended.