Lewis J Force, the curiously named director of Night, After Night, After Night is in fact Britsploitation stalwart Lindsay Shonteff under an assumed name. Take the fact that the man at the helm of such trashfests as Permissive and Big Zapper didn’t want his own name attached to this film as a warning. Night, After Night, After Night is an hour and a half of wallowing in sleaze, and a fine example of the bright lights of the swinging 60s dimming to the gloom that would dominate British cinema in the 70s (even in films that weren’t meant to be gloomy). It’s a genuine B movie, from second feature specialists Butcher’s Film Distributors, and to some degree it feels like an update of another Butcher’s film, Cover Girl Killer, from ten years earlier. Like that film it features a crazed moral crusader in a strange disguise targeting young women they see as depraved but, well, there was a hell of a lot more to make moral crusaders crazed in 1969 than there was in 1959. 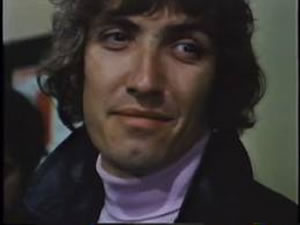 Young women are being stabbed to death in London by a mysterious man clad in leather. The case is being investigated by Detective Inspector Rowan (Gilbert Wynne) and becomes very personal when his wife (Linda Marlowe) falls victim to the killer. She’s knifed in the shower, which is a bit of a mistake because the last thing an extremely modest film like this should be doing is reminding people how good Psycho was. Anyway, Rowan begins a vendetta against cocky scofflaw Pete Laver (Donald Sumpter), who he’s convinced is the man responsible. Laver’s attitude to the opposite sex is pretty repellent (“makin’ birds is like a career with me… I bang every bird I meet” – that’s an example of the ridiculous dialogue he gets throughout), but he’s not the only suspect. 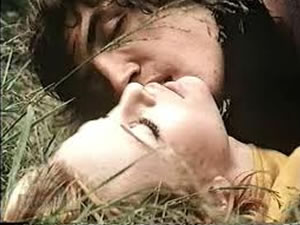 Judge Charles Lomax (sepulchural-voiced Jack May, best known to my generation at least as the voice of Igor in Count Duckula and hamming it up a treat here) is a “modern witchfinder” obsessed with putting a stop to “the filth and horror of the age”. He hands out grotesquely disproportionate sentences to defendants he views as morally unsound and has a near breakdown after delivering each verdict. Could he have taken to handing out rough justice of his own? Then there’s his clerk, Carter (Terry Scully, whose shifty appearance is perfectly used here) whose ringing denunciations of the permissive society draw even Lomax’s disdain for their extremity, but who spends his spare time goggling at porn mags and pawing at strippers in the fleshpits of Soho.

The killer’s identity, it must be said, doesn’t come as a massive surprise. And as the reveal comes half an hour before the film’s ending, we’re left with 30 minutes of him going increasingly barmy (including a strange incident of him dressing in appalling drag to evade police and then encountering some queerbashing youths who he swiftly turns the tables on) while Rowan and his colleagues encounter various obstacles in getting to him. 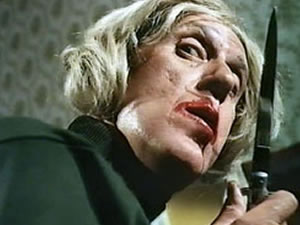 Night, After Night, After Night is not, in itself, a very fulfilling film (unless, perhaps, you’re especially keen on long scenes of heavy petting) but it’s an interesting one in terms of its place in British horror cinema. It revives the themes of Cover Girl Killer and Peeping Tom from ten years before but also looks ahead to the corrupt moral guardians of Pete Walker’s House of Whipcord and House of Mortal Sin. In fact, watching Night, After Night, After Night I found myself regularly thinking how much more frightening and wittier it would have been with Walker and his screenwriter David McGillivray behind the scenes. It can also be seen in terms of a sort of crude British version of the Italian giallo film. That seems almost an inherently funny idea, British filmmakers’ attitudes to sex and violence

being generally so different from Italians’ – and certainly Night, After Night, After Night has no trace of the stylishness that makes gialli interesting. But while its killer doesn’t wear black leather gloves, he wears black leather everything else, and its plot’s as easy to imagine unfolding in the glamorously violent world of Dario Argento and his compatriots as it is against the grottier backdrop of a Butcher’s B-feature. Of course if it was a giallo it would need a far more absurd title: in deference to the most eccentric part of the murderer’s get-up it would surely have to be Death Wears a Beatle Wig.