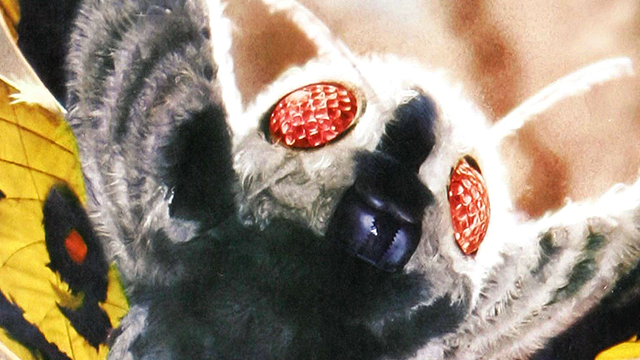 METHODOLOGY:
Looking upon an entire empire… 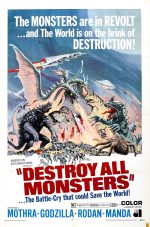 When writing this essay I needed to review what problems I would need to consider when tackling the subject at hand. A lot of what has been wrote based on the Godzilla series, and Kaiju in general, is very opinionated and although it’s all been based on well researched and documented facts, those facts tend to become hidden under the individuals love for their favourite Japanese mutant. So what approach would I need to use in conducting my research?

In this methodology I have attempted to provide a thorough description of what action I have taken to collect the necessary research, facts and opinions, and the analytical procedure I have taken to obtain the answers I’m looking for based on the information I have found. First I had to determine the question I was attempting to answer: Is the fascination in Japanese culture for science fiction Kaiju films and its symbolism born from the fears of nuclear war? Next I needed to determine the problems that I would face in finding the answers I required. 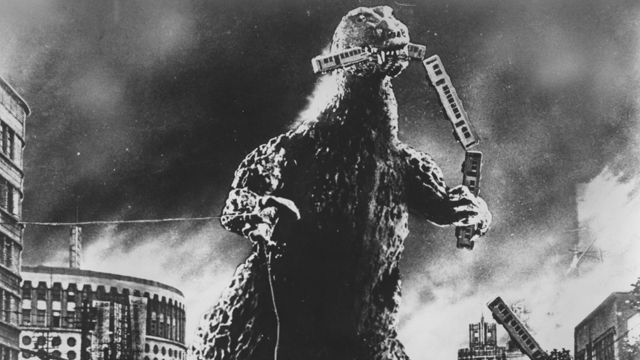 Beginning with my initial research, right through to my investigation of the literature, I began to take away effective methods of research that authors, such as William Tsutsui, had displayed in their writing and adapt them efficiently for the focus of this study. The symbolism of Kaiju eiga, or more importantly Godzilla, has been interpreted differently by fans, critics and scholars throughout it’s 58 years in existence so I had to effectively locate the one opinion that is shared by the majority of Godzilla’s fans and/or detractors. To uncover the fascination in Japanese culture for science fiction Kaiju films, the symbolism behind those films, and how I believe it could be the result of the atomic bombings of Hiroshima and Nagasaki.

How can we understand Japan’s mindset after World War II? How did they really feel after the atomic bombings and their subsequent defeat? Was any blame placed upon a particular nation, including their own, for how the war ended? By utilising Ishirō Honda’s Godzilla as my main starting point and focus I broke down my research by asking sub-questions that related to this study:

• Is there a link between the atomic bombings of Hiroshima and Nagasaki, and the film Godzilla?
• What symbolism is inherent in the first of the Godzilla series?
• Why had Godzilla continued to be so popular throughout the world?
• Has Japanese culture been affected by the success of Godzilla?

In answering these sub-questions I had gained a better understanding of the subject and could discuss my findings in relation to my main focus. 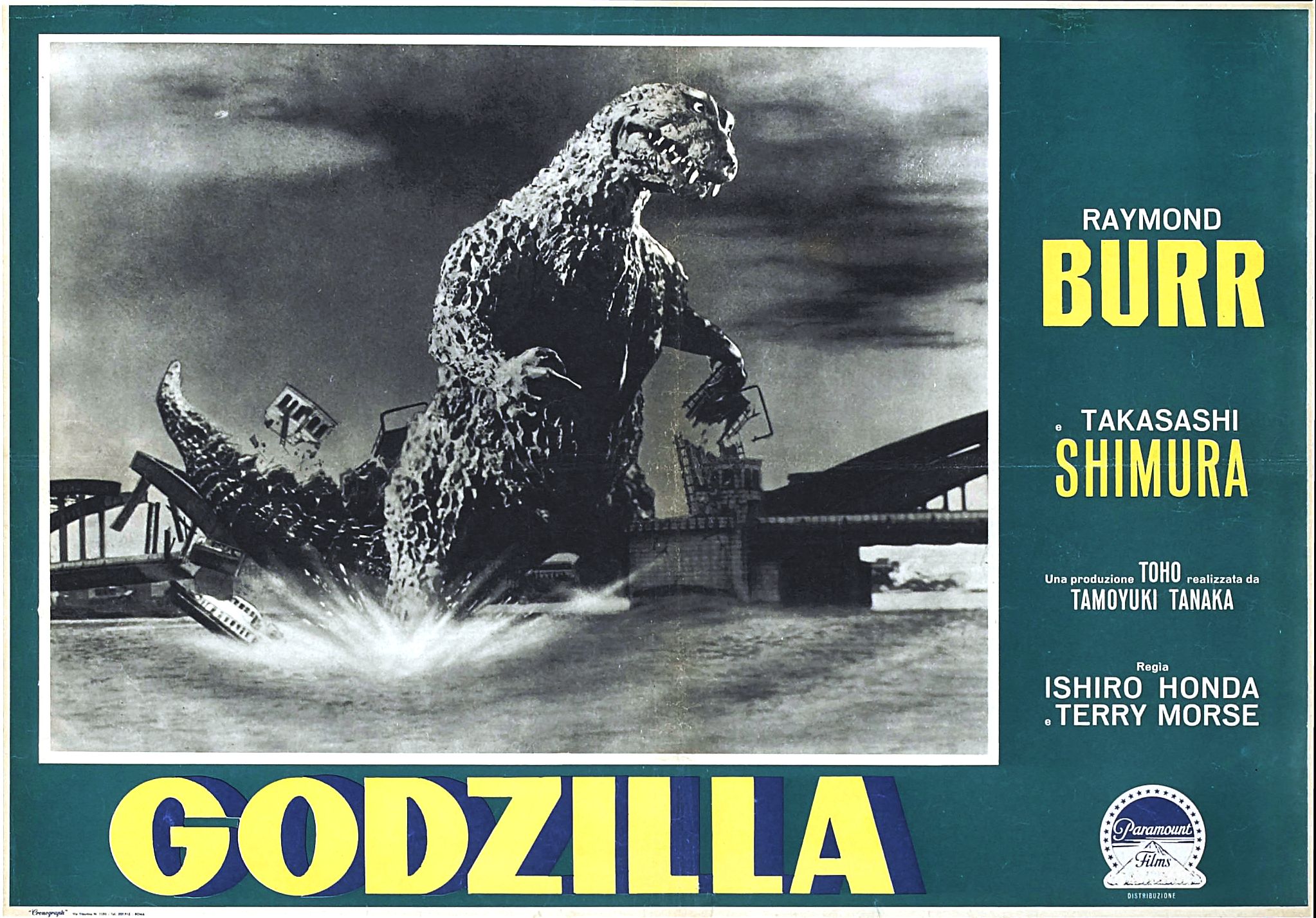 To conclude, this study followed analytical research methods. I had asked myself the questions and I had researched articles and books to gain the answers I required. My research findings, reported in the next chapter, are a result of that data analysis.

RESULTS:
“You have your fear, which might become reality; and you have Godzilla, which is reality!”

How did the Japanese nation really feel after the atomic bombings of Hiroshima and Nagasaki, and their subsequent World War II defeat?

“The Second World War was less than ten years ended and the Japanese were still laboring under the consequences of their failure and defeat. America had influenced the rebuilding and restructuring of Japan, affecting everything from industry to the political structure. Around Japan the Cold War expanded and nuclear test[s] took place, adding to Japan’s fears for its people, country, and for the world.” (John Rocco Roberto, 1997)

Japan had suffered greatly both emotionally and economically after WWII. As many as 220,000 people were dead by 1945 as a consequence to the atomic bombing leaving Hiroshima and Nagasaki in devastation and the nation in shock. Thus began, what has been dubbed as, the Japanese post-war economic miracle.

“Japanese nationalism and the closely intertwined issue of Japan’s relationship with the United States have been major themes in the Godzilla films, much discussed by fans, critics and scholars. Expressions of nationalism–and indeed, the very sentiment of patriotism–have been troubling, controversial and often stigmatized in post war Japan, which has struggled to address it’s history of expansionist ultranationalism and the complex domestic and international legacies of World War II.” (William Tsutsui, 2004)

Although the reaction Japan has displayed to the atomic attacks on Hiroshima and Nagasaki, not to mention their WWII defeat, is evident in their adoption of the Three Non-Nuclear Principles and newly adopted anti-nuclear policies, their feelings as a nation are difficult to understand. As is their relationship with the United States. Only through memoirs, interviews, books and film can we even begin to realise the impact this has had on the Japanese public.

Is there a link between the atomic bombings of Japan and the films such as Godzilla?

“Takeo Murata and Ishiro Honda’s screenplay is a subtle retelling of the Second World War through the eyes of Japan.” (John Rocco Roberto, 1997)

As mentioned previously, one of Japan’s most vital industries during the Japanese post-war economic miracle was their film industry, strengthened by a number of major production companies, including Toho, responsible for the original Godzilla movie. These major studios had kept themselves sustained throughout WWII by producing a number of war propaganda films and by 1954 studios like the Toho company was thriving financially. 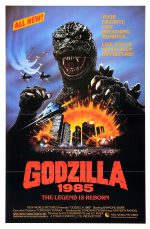 With recent successes behind them Toho had given long time producer Tomoyuki Tanaka the budget for a war film. When the plans to create the conventional war film titled In The Shadow of Glory fell through Tomoyuki Tanaka needed to come up with a new idea fast or lose face in the eyes of the company. During this time Japan had suffered again at the hands of another nuclear disaster. In March of 1954 a fishing ship known as the Daigo Fukuryū Maru had accidentally sailed into an American nuclear testing site eventually contaminating the entire crew. Straight away the Japanese press pointed the finger towards the irresponsibility the United States had taken. It was however this situation that had inspired Tanaka’s idea to replace In The Shadow of Glory with “a monster that invades Tokyo the way King Kong attacked New York” and the same situation that had influenced Toho’s decision to make it’s first truly epic monster movie.

In Ian Friedman’s article “Symbolism in Gojira” he indicates that the symbolism used during the very first scene, after the credits have rolled, is Ishiro Honda’s way of bringing the film’s most prevalent theme, of radiation associated with nuclear weapons, to light. Ian mentions in his article that you don’t actually see Godzilla in this scene. If you didn’t know you were watching Godzilla you could be mistaken in thinking that the first of Godzilla’s attacks were the result of a nuclear explosion. Looking further into the symbolism he also mentions:

“The analysis of the opening scene helps to display what I believe was Ishiro Honda using Godzilla as a visual metaphor to recreate the first two atomic bombings on Hiroshima and Nagasaki; he uses the two fishing boats as stand-ins for the cities and the people who lived there.”

Ian has made a very valid point but in my opinion I don’t think it was the filmmakers intention to use the two boats as a visual metaphor. That scene always reminded me of the Daigo Fukuryū Maru fishing ship that sailed unknowingly into contaminated water. Regardless of whether Godzilla may or may not directly be the link between the atomic bombings of Japan and Kaiju eiga, it is a film that was subconsciously made to explain why the nuclear disaster should never happen again to anyone. It’s also a film documenting Japan’s change in culture and social traditions at a time when they needed to rabidly move ahead to survive as a nation.

“Gojira also can be seen not as merely an anti-war or anti-atomic bomb film, but a film on the changing 1950s Japanese culture, right alongside the great later films of Yasujiro Ozu. In those films, as well as Gojira, there are always young Japanese challenging seemingly silly social traditions, such as Emiko daring to not marry her arranged husband, Serizawa.” (Dan Schneider, 2006) 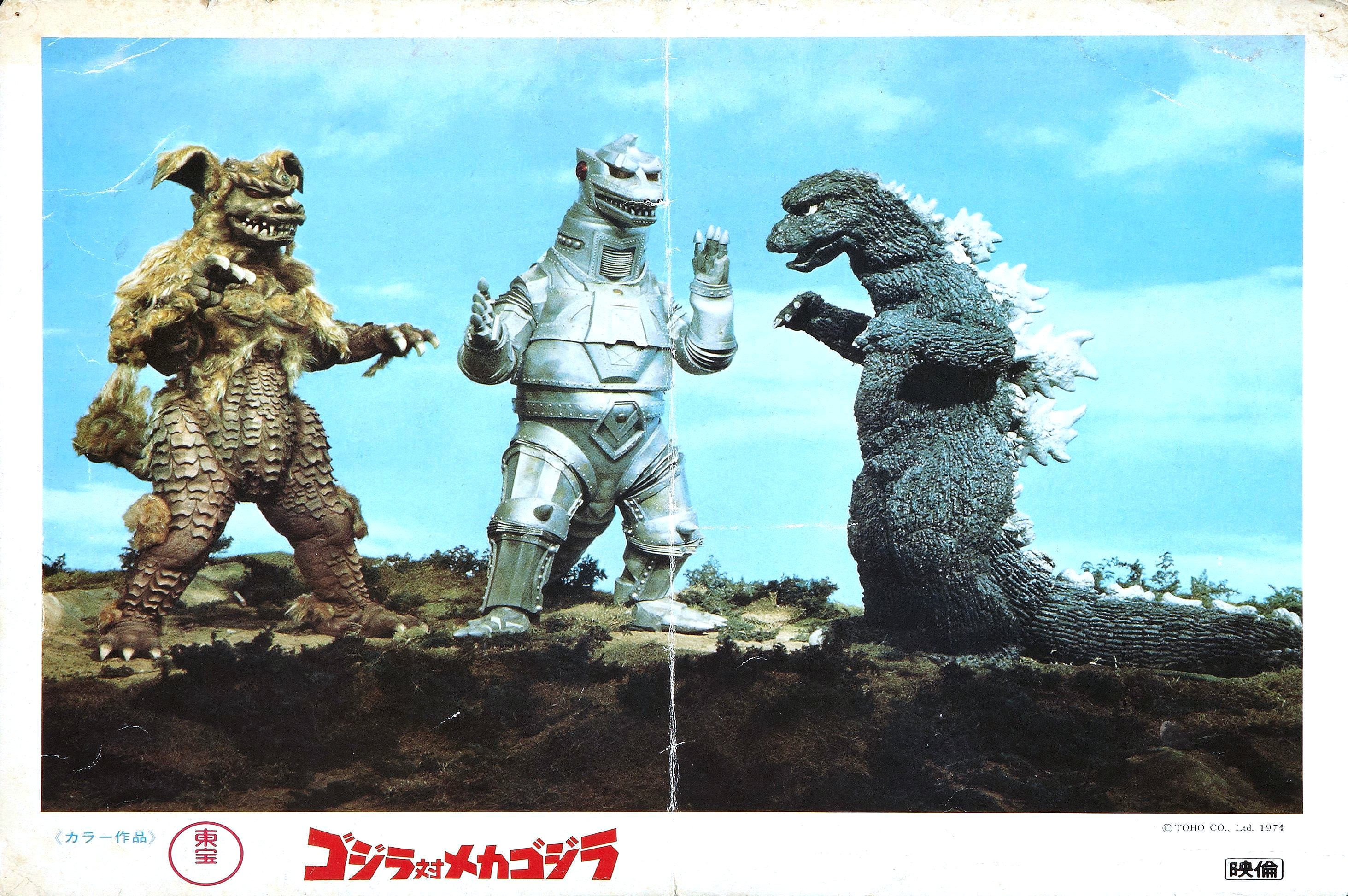 “These primeval fears, multiplied million-fold by modern technology, have yielded new monsters, new mythical demons to take the place of the devils of old. These new creatures of death and darkness swarm not the uncharted oceans, but the uncharted subconscious of modern civilization.” (Jon Inouye, 1979)

“Gojira is explicitly anti-war and anti-atomic bomb, not anti-American. When speaking of nuclear technology and consequences, mankind is always referred to as the cause, in general, not any specific nation. This is a central point many critics have missed. Gojira, the monster, is also not so much a metaphor for the bomb, but a variant of it incarnate — thus, it lacks a motive, such as King Kong’s lust for human females or the Rhedosaurus’ hunger.” (Dan Schneider, 2006)