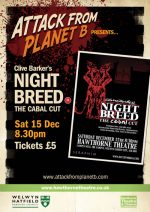 Attack From Planet B is very proud to present its forth screening event for our great followers and we havr something very special for you, Nightbreed The Cabal Cut.

What we want you to do is turn up to our screening on Satureday 15th December  at 8.30pm . So come along to the Hawthorne Theatre in Welwyn Garden City (directions below) on Saturday 15th Decemer at 8.30pm, with tickets at only £5 what are you waiting for? Order your tickets here.

In 1990, Clive Barker – then a rising horror author and director of the first, best Hellraiser film – brought out the film version of his short novel, Cabal. Now called Nightbreed, it was to have been the Star Wars of horror films, a game-changer in the way that horror was presented and with characterisation beyond the run of slasher flicks then dominating the cinema. The fact that it failed was not the Director’s fault. Having presented his full length version of the film to his backers, Morgan Creek and 20th Century Fox, the studio  panicked and ordered three weeks of reshoots and almost an hour of cuts before burying the film with dismal distribution. The resulting mess was so disliked by the critics that Barker retreated from films for 5 years.

In the Canadian-set tale, troubled young man Aaron Boone is drugged by his psychiatrist Dr Philip Decker (David Cronenberg in a rare acting role) into believing that he has committed a series of horrific murders that the shrink is actually responsible for. In meltdown, Boone flees his lover Lori and seeks refuge in Midian, a makeshift city beneath a cemetery and part of the region’s urban mythology. There, he meets the Nightbreed, refugees from lost tribes of monsters that Man has persecuted to the brink of extinction. Boone’s arrival brings the ‘breed puzzlement, upheaval… then death on a grand scale. 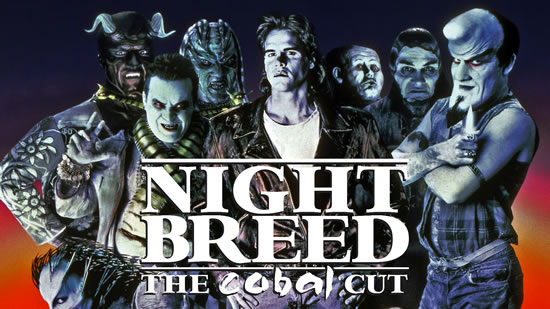 This bowdlerised version of Nightbreed has its fans – but it was always considered the holy grail of horror that there could still be a full length original cut out there somewhere. And then it happened –  two VHS workprints came to light that enabled Barker’s friend Russell Cherrington and his assistant Jimmi Johnson to construct a fuller take on Nightbreed that suggests the potential shape of a full restoration. That take is The Cabal Cut, which had its UK premiere at London’s Film 4 FrightFest and has been doing the rounds of various film festivals since. Now running at two hours and 24 minutes, including 45 minutes of new footage and a different ending, The Cabal Cut fleshes out the relationships between Boone and Decker and between Boone and Lori. It also shows off more monsters and provides more empathy for the Nightbreed.

Now it comes to Welwyn Garden City for a special once-only presentation accompanied by a Q&A session with various cast members (including Doug Bradley, also famous for playing Pinhead in the Hellraiser movies). The Cabal Cut is not a perfect quality film – every effort has been made with the footage, but it can only be as good as the source material. The quality ranges from old VHS to DVD quality with the bad quality footage having been digitally altered where possible to make it as good as can be. Though far from Bluray quality, it is perfectly watchable – and it is a fascinating glimpse into what should have been.

Over the next couple of months keep the your diaries free for the first Thursday of every month, as we will be bring you more great screenings at The Hawthorne Theatre with our next screening being the horror classic Halloween, with more to come.

About The Hawthorne Theatre

Located at Campus West, Hawthorne Theatre and RollerCity is Hertfordshire’s home for Film and the Dramatic Arts with two art galleries and a 361-seat theatre/cinema. Partnered with RollerCity, Hertfordshire’s only purpose-built Roller rink.

The ideal space for small- to mid-size touring theatre, the Theatre also doubles as Hertfordshire’s best known art house film venue. Boasting state-of-the-art film projection equipment and Dolby stereo sound. It can also be hired for corporate events, alongside a number of superbly equipped conference rooms with free Wi-Fi and a dance studio.

How to Get There

To find out how to get here click here or check below. 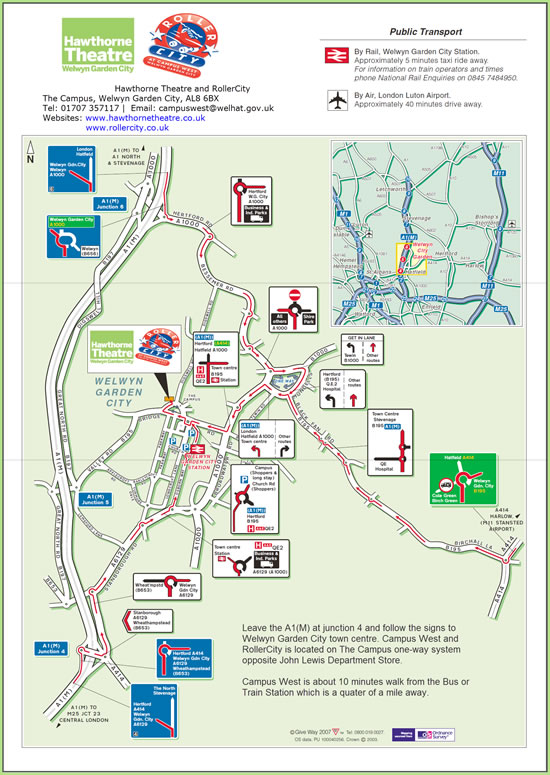