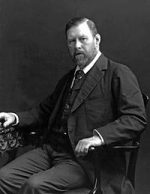 “There was one great tomb more lordly than all the rest; huge it was, and nobly proportioned. On it was but one word, DRACULA.”

Of all our monsters, the Vampire remains our most malleable fictional creation, rediscovered by each generation and reinvented to reflect its own fears and repressed desires. Contemporary concerns and attitudes always serve to colour our perception of these adaptable bloodsuckers and their slayers, and the character of the Count has so inspired the human imagination that he has become one of the most versatile figures of popular culture. Vampire mythology has various historical sources and literary precedents, but its cultural impact began with Bram Stokers novel. 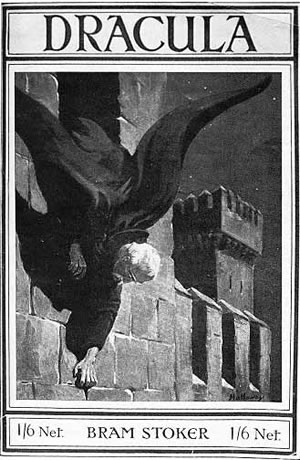 Stoker’s book ‘Dracula’, entered the literary world and was thoroughly absorbed into the Western imagination. Like a vampire itself, the myth continues to feed on the lifeblood of popular culture in order to attain immortality. It has infected a host of other mediums – there have been countless adaptations in the movies and on TV and it has mutated into forms the Count himself would not easily recognize.

But it was the repressive society of Victorian England that gave birth to and nurtured the original monster, and that is where we must look to discover the source of Count Dracula’s persistent potency.

In Stoker’s book Count Dracula is descended from Attila and the Huns – the traditional enemies of civilization, and is often associated with nocturnal predators, such as wolves and bats. Transylvania is portrayed as a dreamlike place and the Count as a nightmarish creature. This places him squarely in the territory of ‘the Other’- the ‘not like us’, and since Stoker never gives him a narrative voice he is also ‘the unknowable’. In this position ‘outside the pale’ he is able to shatter some of the most closely held taboos of Victorian sensibility and become an amalgam of our cultures’ subconscious fears. 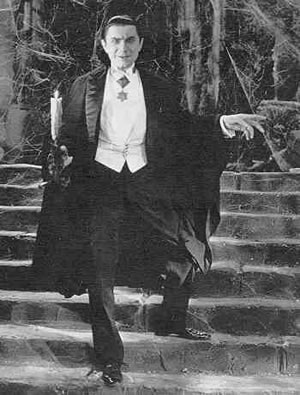 He has prodigious physical strength and a supernatural power to attract his victims. This is easily understandable as an image of sexual potency and in the book,  is frequently contrasted with the passivity of the young heroes, especially Harker. But the Count’s sexuality takes a non-procreative form. For the Victorians, the sole legitimate aim of sexual congress was procreation, so Dracula’s sexual impulse is ‘abnormal’. Not only that, it is promiscuous and bisexual. The Count’s desire for blood, though often focused on women, crosses gender boundaries. When Jonathan Harker cuts himself shaving, Dracula wants to ‘suck’ him. (This homosexual element has been played upon in some of the film adaptations and subsequent incarnations of the vampiric, such as Anne Rice’s Lestat). Dracula’s behaviour crosses the borderline of Victorian society and enters the forbidden zone of taboo.

The novel also toyed with the idea of a predatory female sexuality, as exemplified by the ‘brides’ and by Lucy, whose blood/sex lust is released after being bitten and ‘turned’.  This idea was shocking to the Victorians – it was a threat to the patriarchal order. For them a woman was meant to be asexual, passive and pure. If she were a sexual creature, she must also be degraded and dangerous.  Lucy must be destroyed to be ‘saved’. The threat of female desire and assertiveness must be removed – the status quo of patriarchal control must be preserved. 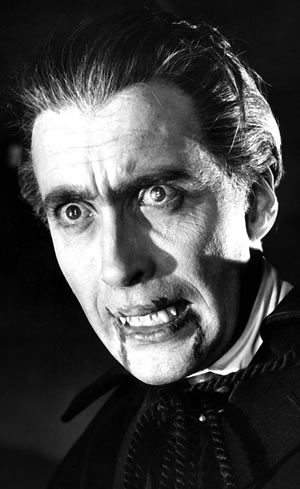 The connection between vampirism and capitalism is less explored in modern fiction, though the link between patriarchy and its economic base is made clear in Stoker’s book, as Mina writes in her journal, “How can women help loving men when they are so earnest, so true and so brave! And too, it made me think of the wonderful power of money! What can it not do when properly applied.” It is touched upon in Anne Rice’s Vampire Chronicles, where the vampire Lestat is shown to prosper as a result of his commercial viability in the music industry, and in more detail in Guillermo del Toro’s 1992 film, Kronos, (about a man who discovers a clockwork beetle that turns him into a vampire).

Anne Rice’s ‘Interview With a Vampire’ (1975) finally allows Lestat the voice Bram Stoker denied Count Dracula. By doing so it suggests the possibility that vampires might be tormented, soul-searching, complicated, rather glamorous characters. This notion opened the floodgates. Currently, thanks to the subcategory of vampire fare such as ‘Buffy’, ‘True Blood’ and The ‘Twilight’ series (which may be seen as soapy descendants of Rice’s richer Vampire chronicles) the original Dracula-like vampires – cold blooded, un-dead, blood-drinking  predators, are becoming  an endangered species. Their monstrousness has been devalued – their mythology diluted. It’s high time that the vampire reverted back to his original nature and again took his rightful place, disturbing our placid dreams with his subversive presence:

“The last I saw of Count Dracula, he was his kissing his hand to me, with a red light of triumph in his eyes, and with a smile that Judas in hell might be proud of.” ― Bram Stoker, Dracula