Back in 1979 with the release of the seminal Film Alien by Ridley Scott an illustrated version of the film was release by Archie Goodwin and Walter Simonson, bring to life the film in wonderful comic book artistry. Out of print for over thirty years, this brand new edition (released to coincide with Scott’s Prometheus) has been meticulously restored from original artwork in Walt Simonsons studio presenting for the very first time the definitive artists edition of the greatest sci-fi horror ever. 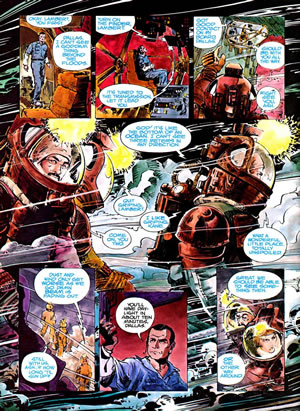 There were many of releases back in the day, with many films releasing such tie-ins. I still have a number of them, such as Star Wars and Raiders of the Lost Ark; and this version of Alien really captures the ferocity and brutality of the film, turning it though more into an action piece, than the tense horror and it does loose the sense of a ‘haunted house in space’ and the creeping menace of the alien. However, the artwork is a joy to behold and with this re-release they look better than ever and is well worth getting hold just for that if nothing else.

Made in 1994, this film really jumps on the X-files bandwagon that was running at full tilt during the mid-90s, though this film never quiets reach the levels of the seminal television series. 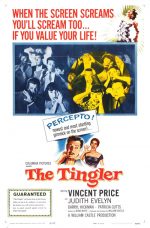 As doctor investigating why some people are die under really scary circumstances with their spines being broken. Well that’s because a manifestation of the fear felt by terrified a centipede like creature begins to grow inside them, starting at the base of the spine and getting so big that it can wrap it’s pincers around the spine, thus cracking it. This strange pest named the Tingler can only be stopped by screaming.

The thing that gets me, if the victim is scared to begin with, wouldn’t they be screaming anyway? 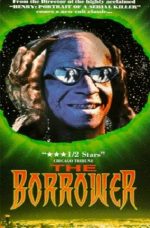 As an alien serial killer, who has been sent to Earth to live among humans, which includes having his body genetically transformed to look like a human’s. The transformation is incomplete and, after a while, the alien’s body begins to revert back to its original form. His head explodes, prompting him to “borrow” another from anyone who happens to be nearby.

As the police try to figure out the killing spree, with only one clue, all of the victims’ heads have been removed. The team slowly comes to the conclusion that they are facing a rather unearthly killer.

A commercial crew aboard the deep space towing vessel, Nostromo is on its way home when they pick an SOS warning from a distant planet. What they don’t know is that the SOS warning is not like any other ordinary warning call. Picking up the signal, the crew realize that they are not alone on the spaceship when a alien stowaway is on the cargo ship 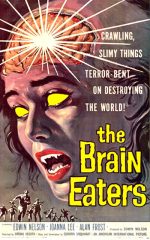 Strange things are happening in Riverdale, Illinois. A huge, seemingly alien structure has been found jutting out of the earth. Sent to investigate the origin of the mysterious object, Senator Walter Powers discovers that parasites from the centre of the earth have infiltrated the town, taking control of the authorities and workers, making communication with the outside world impossible, and leaving the responsibility of stopping the invasion up to Powers and a small group of free individuals.

With a tag line like this, Crawling, Slimy Things Terror-Bent on Destroying the World! You know it’s B-movie gold.