So you have come into our laboratory of the crazed and insane for “Our Top Mad Movie Scientists”. Where experiments bubble & scream and lightning strikes to bring life to the operating table all in the cause of science and the greater good, well that’s what these characters would tell you anyway.

After an accident in his disintegrator-integrator, a matter transporter developed in his basement. David is now half-man, half-fly, due to a house fly getting caught in the machine during David’s final experiment.  Though with the head and arm of a fly David still has his mind, to begin with; but over time the instincts of the fly start to take over and things lead to a sticky end with a hydraulic press. The lessons to be learnt from this are always keep a clean lab and always have a can of fly-spray on hand. 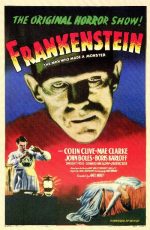 Henry Frankenstein, the ultimate in mad scientist to many, with a singular vision to create life out of death, by bringing together the parts of dead bodies to create a new being. Shame he had incompetent staff in the form of Fritz, who got hold of the wrong brain and also bungles about scaring Frankenstein’s creation with a flaming touch, leading to the monster being locked up in the dungeon. However, the monster gets his own back on Fritz, leading to touch wielding angry mobs, death and destruction. The lesson learned in this one is to have better trained staff. 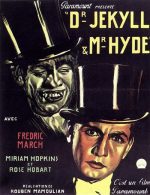 Dr. Henry Jekyll, a kind doctor looking into the potential of human endeavour that within man lurks the impulses for both good and evil. However, tempted by lust he decides to concoct a serum to unlock the evil side within him, to gain the affection of a Music hall singer and thereby creating his new alter ego Mr Hyde; a controlling, abusive and terrorising character. With dual personalities running amuck things turn nasty fast and bodies pile up. The lessons to learn from this crazed scientist are always read the label and never drink at work.

It seems for Dr. Jack Griffin that with great power comes no responsibility and a fair bit of madness. With his secret drug formula monocane, Griffin has managed to gain the power of invisibility at the cost of his own mind. Griffin no crazed by the drug, sees his new found invisibility as way of taking over the world through a reign of terror. So with murders popping up her and there and train passengers easy pickings for The Invisible Man, the only thing that can stop him is a bit of shut-eye in a farmers barn and loud snoring. The lesson from this mad doc is to always have some nose strips handy.

Herbert West is a medical student thinking big and wanting to get a head, lucky he has a spear on his desk. With his discovery of a glowing reagent that can bring the dead back to life things were always going to get messy. Needing dead human subjects for his experiments, things go from bad to worse as re-animated corpses go on the rampage providing even more cadavers for West’s experiments. With blackmail threatened and headless doctors in compromising positions, West was never going to finish what he started without a trail of bodies. The Lesson here from West is to always keep a cool head on your shoulders and not in your desk draw.