aka The Death Dealer, The Executioner 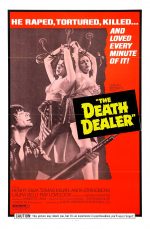 Umberto Lenzi’s Almost Human is an unrelenting, uncompromising and mean-spirited poliziotteschi that succeeds on every possible level. This ultra-violent, ultra-stylish Italian crime film stars Tomás Milián as the sadistic Giulio Sacchi, a low life criminal sick of the social class disorder in Milan after a bank robbery turns sour leaving him desperate for cash. His luck however is about to change…

Through a series of encounters with his doomed lover Iona Tucci (Anita Strindberg) Giulio discovers Mary Lou Perrino (Laura Belli), the daughter of Iona’s boss who happens to be a wealthy businessman. Not surprisingly Giulio’s desire for riches distorts his better judgement as he arranges the kidnapping of Mary Lou enlisting the help of his friends Vittorio (Gino Santercole) and Carmine (Ray Lovelock) in the process. The ransom? 500 million lira!

Giulio however can’t help himself and makes an additional heinous proposal to his motley crew… Upon receiving the cash, instead of releasing their victim, Mary Lou is to be executed (along with anyone that gets in their way) thus leaving no witnesses. 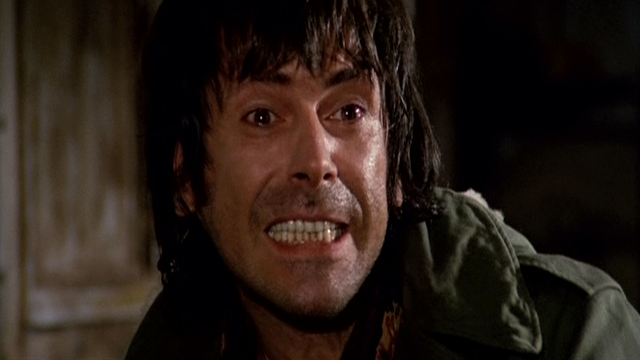 Tomás Milián’s solid performance as the berserk but ultimately cowedly Giulio Sacchi has to be one of the finest performances of his lauded career. Giulio is twisted individual with a violent streak that goes completely out of control. Killing everyone in sight without remorse Giulio’s only concern is Walter Grandi (Henry Silva), an equally cold blooded cop that will stop at nothing to take him down.

Whilst Umberto Lenzi will most likely be remembered for the notorious Cannibal Ferox (aka Make Them Die Slowly) (1981), Almost Human is a wildly violent, depraved and entertaining poliziotteschi that has easily become Lenzi’s greatest achievement in Italian crime cinema.