The one man against all the odds, the one man that would stop at nothing to beat the bad guys, the one man that had an M-16 in one hand and a quick one-liner in the other, he was the bread and butter of action cinema during the 80’s and 90’s before the caring, sensitive, moral naughties came along and took out all the fun from the action film and replaced with meaning, pathos and over egged drama.

Here at Attack From Planet B we hark back to those glory days of the high concept movies, where a film could be described in a single line and the script was not much longer. So we have decided to do another one of ‘our top’ lists. This time for or top high concept, one man army movies; you know the ones we mean. But before get started, I can hear you at the back mumbling to each other saying, as you scan down the list, “These aren’t b-movies, these have big Hollywood stars and mammoth budgets, what are they doing here?” Well, these films had enough cheese to sink a battleship, enough fire-power to turn that cheese into fondue and enough silly storylines that even Ed wood would scratch his head in wonder; everything that makes a b-movie a b-movie (apart for the big Hollywood stars and mammoth budgets), plus, we love them! So here is Our Top ‘One Man Army’ movies…

In a post-apocalyptic world where one man can make a difference and where that man is Max Rockatansky, you know you’re in for road rage on an epic scale. Max is a man with a troubled past, played out in the ground-breaking original Mad Max; he wanders the deserts searching for food, petrol and to re-discover his humanity after the loss of his family.

Max is a one man driving, crashing, smashing bashing machine, that will take on the whole Humangus biker gang and it warriors to help out those in need. No one messes with The Road Warrior, well maybe Tina Turner but that’s a whole different story. 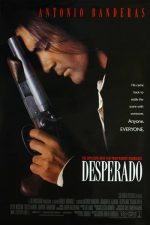 El Mariachi, a man on a mission and that mission is revenge. After the slaying of his lover and the mutilation of his hand, not the best thing for a musician, he is out to find the man responsible for these deeds and that man is Bucho.

Armed with a guitar case filled to the brim with every type of weapon going, El sweeps a path of bloodshed through the boarder towns of Mexico in search of justice. Just don’t ask him to play a tune.

Now if any man was a ‘one man army’ John Matrix is that man. Pulled out or retirement after his daughter is kidnapped, he is forced to assassinate some Latin American President or his daughter will die, Matrix doesn’t stand for this  and unleashes all out war on those responsible to find his daughter and stop a ruthless dictator, Arius.

With one of the best montages in action film history, Matrix tools up and for war, with Uzi 9mm’s and classic one-liners, he IS the one man army. 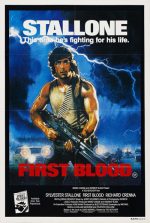 As a Special Forces Vietnam veteran wander from town to town looking for ex-army buddies, John Rambo heads into the wrong town where the sheriff takes an instant dislike to him and sets about telling him so in no uncertain terms to get out or get thrown in jail.

Now in jail and with flashbacks of Nam in full effect, Rambo unleashes guerrilla warfare on the town and the sheriff’s men. Make booby traps and using the local environment, all his special forces training is used to outwit and beat the Sheriff. Rambo is at war!

John McLean is the everyman ‘one man army’, your working class hero. A New York Cop in the wrong place and the wrong time. Invited out to L.A. to see his estranged wife, just in time for her companies Christmas party at the Nakatomi Plaza, but it’s not just McClean that is crashing the party, terrorists are on hand to take over the place to steal millions in bonds from the building’s vault.

Now only armed with his police training, bare feet and trusty vest, McClean has to take on the terrorists to save his wife and himself. Just don’t rely on Johnson and Johnson, no relation, to help you out. 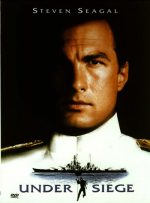 Celebrity chefs are a dime a dozen nowadays, but can any of them turn a household microwave, some vinegar and some other bits and bobs into a bomb? No! But Casey Ryback can. He is the ex-navy SEAL who is the cook on the USS Missouri.

When bad guys came looking to steal some nuclear weapons by taking the Missouri and its crew hostage, but they get a dish served to them they weren’t expecting. With fast hand speed, knowledge of all kitchen appliances and whip up a mean souffle, he is like the Masterchef of the one man army clan.

An incarcerated ex US Army Ranger, Cameron Poe, is just getting a lift home with the worst criminals going, on the most secure plane in the American penal system, so what could go wrong? Well, all hell can break loose at forty thousand feet, as Cyrus ‘The Virus’ Grissom and his rag tag bag of con’s take over the plane and set course for freedom.

However, Poe just wants to get home to his wife and daughter. So with a mullet that could kill and the a borrowed vest of John McLean, you’re going to get the ride of your life, just but the bunny back in the box! 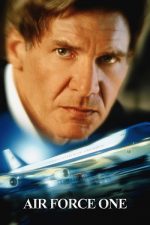 If you were ever to have a ‘one man army’, why not have him as the leader of the free world. Yes that’s right, the President of The United States is ready to take on the terrorist first hand, in a smack down fest at forty thousand feet. It always seems to be at forty thousand feet for some reason. Anyway, the title of this one gives away the location of this action fest. With Russian terrorists taken over Air Force One it’s up to the President to save the day, good job he’s Indiana Jones & Han Solo.