On Saturday, May 19th, 2012, the hallowed grounds of the Silver Cinemas South Hills 8 will once again showcase the greatest classic horror film festival in the Hudson Valley, Hudson Horror Show V! Our fifth 12 hour movie festival will feature five full length classic genre films along with shorts and drive in style trailers, all off rare 35mm film prints!

Our December to Dismember 2011 show was a sell out with people having to be seated in our “reserved for staff seats”. Don’t miss out, grab your tickets now! This is our third year of shows and ticket prices are still only $26.00 in advance via PayPal. Advance ticket holders save money and will be admitted first. If any tickets remain they will be available at the door on the day of the show for $30.00, cash only. 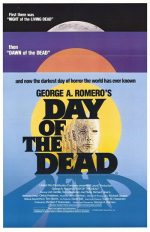 Our Frankenstein like monster of a lineup is now complete! Doors open at noon that day and our “opening act” will be a mash up of two of the greatest movie studios of all time as Hammer Films and the Shaw Brothers collide in LEGEND OF THE SEVEN GOLDEN VAMPIRES! This film, also know as The Seven Brothers Meets Dracula, mixes Gothic horror with well, kung fu, it’s kind of like putting your peanut butter in my chocolate, who knew they would taste so good together?

We’ll have our semi-traditional “Mystery Movie” in the lineup and that could be just about anything at this point. Perhaps some blaxploitation? How about a good old fashioned rape/revenge flick? Maybe some more giant monsters? Our lips are sealed until show time but we are sure the mystery movie will be anything but a disappointment.

Hudson Horror Five will then push on full steam ahead with our triple axe attack triple headliner! Our zombie movie for this show will be an extremely rare screening of George A. Romero’s DAY OF THE DEAD. Unfortunately this amazing film was barely seen in theaters upon its original theatrical run in 1985, and it’s had even fewer screenings since. We are proud to unearth this zombie classic one more time.

Headliner number two will be a movie that has been constantly requested by Hudson Horror fans, PHANTASM! Dwarf zombies, crazy bugs, killer spheres and of course, “The Tall Man”, the nightmarish masterpiece will definitely make you want to sleep with the lights on. 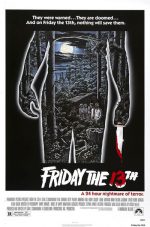 Our third and final headliner of this triple threat will be none other than the incredibly influential slasher flick, the original, FRIDAY THE 13th! This film, originally released in 1980, was a watershed horror release and kick started the slasher craze that took Hollywood by storm for many years to come. Perhaps the biggest star of the film isn’t Jason Voorhees, but Tom Savini’s realistic and gruesome special effects. These effects were unfortunately toned down in 1980 so the producers could secure an “R” rating. However, we’ve been lucky enough to obtain a print that has the best parts intact! At long last, Hudson Horror presents the UNCUT version of the original FRIDAY THE 13th off 35mm film!

We will have the usual shorts, drive in trailers, vendors, giveaways, trivia questions and usual nonsense that make Hudson Horror so much fun. We’ll have just a few vendor spots for HHV, if you are interested in selling or promoting your wares, or if you just have questions regarding our show, send us an email to info@hudsonhorror.com. Get your tickets early for Hudson Horror Show V, and we’ll see you on May 19th, 2012!

Interested in becoming a vendor at the next show? Just shoot us an email to info@hudsonhorror.com