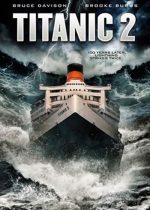 First up in front of the judge, jailer and executioner is Titanic 2, from those great guys over at The Asylum. A production company that is a personal favourite on mine. Here we have a modern liner taking its maiden voyage on the centenary of the ill-fated Titanic. So as before, we have a big boat and another big iceberg, now due to global warming. As with Asylum productions we have limited acting talent and cut-and-paste specially effects. If you like The Asylum I’m sure you’ll enjoy this, if you don’t you won’t. 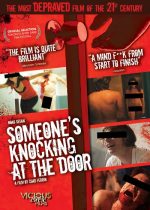 From big boats to big members, the next in the dock is Someone’s Knocking at the Door. A film committed to hallucinatory ridiculousness, with a serial-killer ghost with a giant dick bumming drug addled students to death. Director, Chad Ferrin goes for mind expanding weirdness, with a cross between Troma and Joborowsky.

Next we have the man with hand speed and the ability to cook, Steven Seagle. Here in an extended episode of his television series, Deadly Crossing. Seagle takes his role as a sword wilding Seattle cop, this time after Russian mobsters.  With the obligatory beat-downs and slick backed hair you know what you’re getting from this offering.

Finally we have Kim Newman’s Dungeon Breakout release, the Asian horror film Bedevilled. The story of a put upon peasant woman; raped, battered, exploited and betrayed by all, revenge is on the cards. Set on a remote island, revenge is dealt out with all manner of weaponry, from a potato knife to high heels.

For the full Video Dungeon review get the March copy of Empire magazine.