The first release this month up in front of the parole board is the Swiss sci-fi oddity Cargo. With terrific 2001-ish effect sequences, artistic sets and cathedral-like space freighters. Though the plot verging on the simplistic side, with mysterious ‘cargo’ in the hold of the ship and untrustworthy crew members meeting fatal ends, it still maybe one worth tracking down. 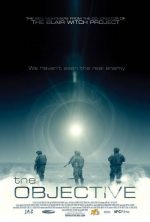 From space crafts to space aliens and from deep space to deep Afghanistan? This brings up the next ne’er-do-well out of Kim’s dungeon, The Objective. Brought to you by one half of those behind The Blair Witch Project, sees a lost patrol being picked off by an unseen enemy. Though gritty with some good creepy moments the unseen Blair Witch was scarier than this half-baked effect manifestation.

So now on to some retro 80’s sci-fi, with Cherry 2000 and Melanie Griffith looking like a red headed extra from Mad Max. Griffith wades into the wastelands looking for a replacement sex toy robot, yes that’s right a sex toy robot, for hero of the story. A sci-fi retro comedy action gem if there was ever one. 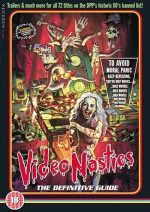 Finally we have Kim Newman’s Dungeon Breakout release, Video Nasties: The Definitive Guide, a documentary and trailer library over 2 discs of all things nasty in the world of the mid-1908’s video explosion. With Kim, himself as one of the talking heads within the doc the release looks over the period with a nice balance of anger and bemusement.

For the full Video Dungeon review get the February copy of Empire magazine.