First inmate with its teeth showing is the lesbian vampire flick Life Blood. What is it with vampires and lesbians of late? So, Sophie Monk and Anya Lahiri are turned into vampires by God, who happens to be a lesbian supermodel, go figure. These vampires are then let loose on the wicked, though this isn’t where the weirdness ends, with dwarf law officials and ‘Chicks Chasing Chickens’ TV specials, it’s all very odd. 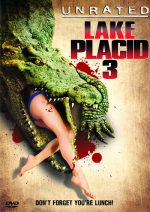 Next we have a more sinister member of the Dungeon, Necromentia, a ‘how to get to hell’ story with a villainous monster wrapped in barbed-wire and wearing a pig mask, torments its victim into suicide by singing and dancing. All very odd and very Clive Barkerish, as Kim puts it. 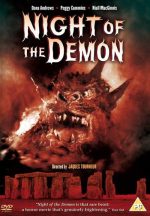 Final we have Kim Newman’s Dungeon Breakout Release, Night of the Demon (1957). A story of where a skeptic  provokes a magician into summoning up a fire demon that will rip him apart by the end of the week unless he can get the magician to take back the curse. It has chills and eccentric characters and giant supernatural monster on the scale of Godzilla, so what’s not too like.

For the full Video Dungeon review get the January copy of Empire magazine.