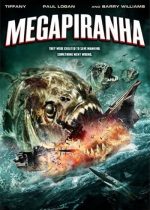 So here we come to the end of our Mega Season, picking out the three top Asylum mega titles; Mega Shark vs Giant Octopus, Mega Fault and now finishing with Mega Piranha.

Here in Mega Piranha, The Asylum continues to bring us what we like most about them. Giant b-movie monsters, unexplainable plot devices and 80s pop stars, plus special effects that are just not on the money.

The story is of an outbreak of genetically mutated piranhas in the Orinoco River in Venezuela. Where an American Politian and a member of the Venezuelan government were out on a jolly trying to broker some trade deal or something or other, though not really important, it gave an excuse for the director to get in some boob shots of the lovelies that were accompanying the dignitaries on their jolly. While messing about on the river their boat is attacked by the piranhas and is destroyed and eaten. 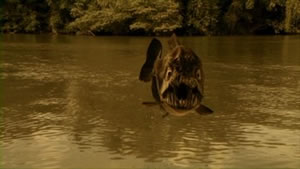 With the deaths of both politians, each country is eager to find out what happened, so the US send their top special ops guy Jason Fitch (Paul Logan – MegaFault, The Terminators and Ballistica), while the Venezuelan military suspect that it might have been sort of US hit for some reason or another. So, Colonel Antonio Diaz (David Labiosa – The Entity and 24), head of the military is suspicious of ‘Senor Feeesh’ and is not too keen on aiding in his investigation.

Fitch is also aided by scientist, Sarah Monroe (Tiffany – Yes her off of the 80s, Necrosis and Jetsons: The Movie), who is actually responsible for creating the beasts. Fitch is informed by Monroe that these piranhas will grow and grow and will eat anything in their path, plus they seem to have kamikaze tendency about them, throwing themselves out of the water at any chance of getting a bit to eat. 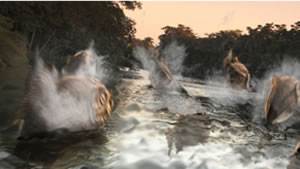 With plan after plan to try and kill these beasts failing, from blowing up there river system to using navel war ships and nuclear weapons the piranhas keep on coming, growing larger and larger as they advance towards their final destination, the American coastline and their showdown with ‘Senor Feeesh’.

Movies such as these are all about the fun and there is plenty of fun to be had here, over exaggerated characters, mad special effects and great b-movie beasties. Mega Piranha, though in my opinion not as good as Mega Shark vs Giant Octopus had some great moments and also brought us back the joy of 80s teen sensation Tiffany . I just can’t wait for her 80s match up in Mega Python vs. Gatoroid where she will face-off against her teen nemesis Deborah ‘Debbie’ Gibson, all I can say is watch out for the girl on girl fight at the party, top stuff. 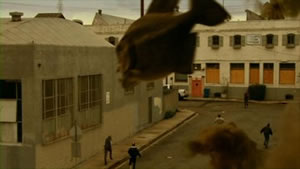 So bringing our Mega Season to an end, what have we learnt, or was there anything that could be learnt? For me it has to be when you go MEGA it has to be monsters, MEGA is all about the monsters and with two new mega monster movies on the way from The Asylum,  Mega Python vs. Gatoroid and Mega Shark vs Crocosaurus our mega appetites for fantastical beasts and bonkers storylines with surely be satisfied.