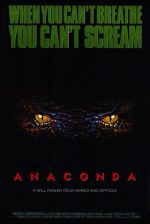 When a documentary crew traveling through the Amazon jungle, picks up a stranded man, they are unaware of the trouble that will occur. This stranger’s hobby is to capture the giant Anaconda snake, and plans to continue targeting it on their boat, by any means necessary.

Adapted from a Stephen King Short story, a family’s pet St. Bernard is bitten by a rabid bat. The wholesome family pet starts to run amuck and terrorizes the local community attacking all and sundry and final fixing his attention on his owners. 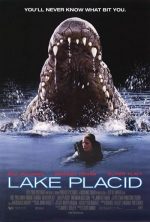 When a man is eaten alive by an unknown creature at the local beauty spot, the local Game Warden teams up with a paleontologist from New York to find out what is terrorizing the locals.  This quiet, remote lake is suddenly the focus of an intense search for a crocodile with a taste for live animals and people. 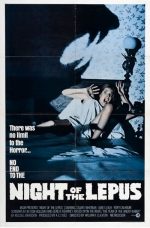 4. Night of the Lepus

After a scientist tests a new growth hormone on a number of test rabbits, one of the subjects escapes, resulting in a race of bloodthirsty, wolf-sized, man-, horse-, and cow-eating bunnies. Eventually the National Guard is called in for a final showdown with the terrorizing rabbits.

Incidents of bird attacks on humans by pecking birds increases. Glass windows splinter as birds dive into them, children are sent home from school to safety, townspeople take refuge in a lunchroom and everyone hides in homes tightly boarded up against repeated attacks by the birds.

A large spider from the jungles of South America is accidently transported in a crate with a dead body to America where it mates with a local spider. Soon after, the residents of a small California town disappear as the result of spider bites from their offspring. 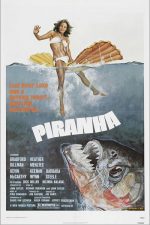 A genetically-altered species of piranha are accidently released into a stream. From there, the piranhas slowly make their way downstream to various swimming holes and resorts, wreaking havoc has the go dining on the hotel guests.

The peaceful community of Amity Island is being terrorized. There is something in the sea that is attacking swimmers. They can no longer enjoy the sea and the sun as they used to, and the spreading fear is affecting the numbers of tourists that are normally attracted to this island.