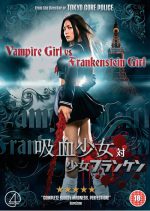 First reprobate to rise out the dungeon this month come from those crazy chaps in Japan. Known for their off the wall antics, they bring us first Vampire Girl vs. Frankenstein Girl and as Kim puts it “the most dungeonworthy title ever”. With plenty of splatter and ubiquitous Japanese school girls it’s asking for a viewing.

With more from the Japan, comes RoboGeisha. With mad right-wing loons, walking office blocks and endless fights the film offers some jaw-dropping moments, if not the most in good story telling, as Kim says, this all get a bit thin towards the end.

Next we have the Asylum’s (know for their mockbusters) production of Princess of Mars, based on the Edger Rice Borroughs’ novels. Here reworked, a Iraq veteran gets zapped to a Mars in another solar system, where wars are being raged between humans and lizard folk. 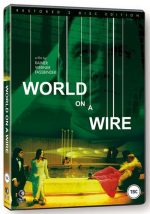 Last but not least we have Kim’s Dungeon Breakout release World on a Wire. The German TV two-parter based on a Daniel F. Galouye novel. This is a nourish paranoia thriller where a computer programmer suspects the world is being run by a megalomaniac, but don’t all computer programmers think that anyway?

For the full Video Dungeon review get the August copy of Empire magazine.