Here is the list of our favourite mayhem inducing alien invasion movies: 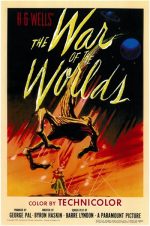 The invading aliens make a direct assault on planet earth, with hundreds of invulnerable ships. The invasion takes place all over the world, and all the major cities are destroyed one after another. What can save mankind from total destruction?

2. Earth vs. the Flying Saucers

When Dr. Russell decodes a message for aliens, they ask him to schedule a meeting with the leaders of Earth in Washington in 56 days with the intention to invade Earth without panicking the population. With Dr. Russell help earth decides to fight back, bring on the destruction! 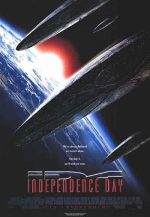 Aliens come to earth with only one thing on their minds, destruction and enslavement. In one of the biggest flag waving films of all-time, the earth fights back with the power of Mac-book and some drunken pilots. Shack in fear alien scum.

The Martians decide to attack earth and devastate everything. Why? Because why not, it’s fun! Will somebody find a way to stop them or will everyone die a war which humans don’t have a chance in winning? With the aid of Tom Jones anything is possible.

Agree or disagree, let us know.