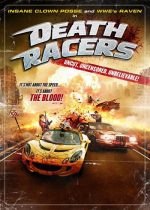 The months selection has to be kicked off with the film ‘Death Racers’, an imitation remake of the remake of ‘Death Race 2000’. The film stars, as Kim puts it, the rubbish rap act Insane Clown Posse as themselves and a WWE wrestler called Raven. This is one film I think Kim is not too keen on, though I do like their poorly done retro poster. 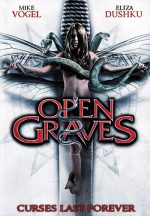 Next we have ‘Open Graves’, which stars every geek’s favourite, Eliza Dushku. The film is like a horror version of Jumanji, where losing players are eaten CGI snakes or crabs. Kim describes this as slickly competent and has its quirks. 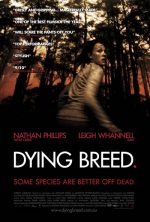 Finally we have 2 New Zealand horrors, ‘Dying Breed’ and Kim Newman’s Dungeon Breakout, ‘Diagnosis: Death’. Dying Breed is your standard tourists getting lost in the wilderness and get attacked by local cannibals fayre. Kim says it has spectacular locations, gory demises and gritty characterisations.

‘Diagnosis: Death’, Kim’s breakout film is about ghosts within a hospital ward and evil medical villains, with good chills and black humour, Co-writer/director Jason Stutter gets Kim’s approval and says he’s one to watch in the future.

For the full Video Dungeon review get March’s copy of Empire magazine.